Apple's upcoming macOS Big Sur operating system introduces HDR video support and allows Netflix users to watch content in 4K HDR for the first time. However, it turns out that only Macs with an Apple T2 Security chip are compatible with Ultra HD streaming. 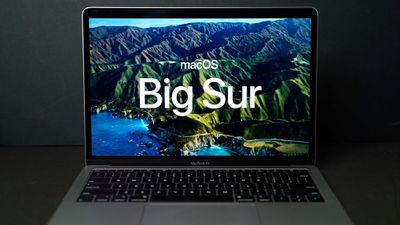 According to the web page, viewing Ultra HD content can only be achieved on a "select 2018 or later Mac computer with an Apple T2 Security chip." In addition to that, every monitor connected to the computer on which Ultra HD is streamed must be a 60Hz 4K capable display with a HDCP 2.2 connection.

It's not clear why Macs need a T2 security chip to play back 4K HDR content, given that Windows machines obviously don't, but it could be that this is Netflix's way of ensuring that viewers aren't trying to stream the high-definition content on older Macs, which could result in less-than-stellar performance.

The following Macs have the Apple T2 Security Chip, and can therefore stream Netflix in Ultra HD on macOS Big Sur:

macOS Big Sur is now up to its ninth public beta, and is likely to officially debut sometime this month.

With Windows, it’s possible but you’re going to lose out on performance and battery life since it’ll probably use software decoding. Apple thinks that’s bad UX so they put a requirement on.

EDIT: for those who don't believe:

With Windows, it’s possible but you’re going to lose out on performance and battery life since it’ll probably use software decoding. Apple thinks that’s bad UX so they put a requirement on.

Well at least they could give me the choice to lose battery life or performance and display a pop up "Your mac is old, performance might suck, switch to full hd"

terrible explanation....T2 has nothing to do with playing video. the decoding is all handled with the GPU , intel gpu's all have hardware decoders. matter in fact. i just tried this on both my macbook pro's one with t2 and one without. the cpu load was the same.

Stupid comment. T2 literally has a hardware HEVC codec built right in. Please educate yourself next time before calling "bs".

Stupid comment. T2 literally has a hardware HEVC codec built right in. Please educate yourself next time before calling "bs".


The T2 chip does have a video encoder built in, and it is genuinely fantastic, but it is by no means required for the DRM on Netflix's 4k content which works just fine on a Windows PC with an appropriate video encoder, either on the Intel CPU or an Nvidia graphics card.
Score: 26 Votes (Like | Disagree)

Or is it a DRM limitation, not necessarily performance?