Earlier this month, Bloomberg's Mark Gurman and Debby Wu reported that Apple plans to introduce a replacement for the Apple Watch Series 3 that competes with lower-cost fitness trackers like those from Fitbit. 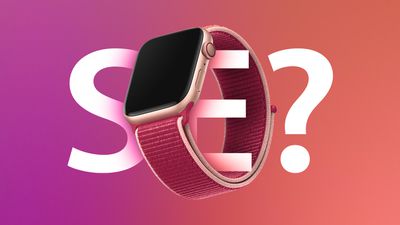 This rumor has now been backed by hit-or-miss leaker Jon Prosser, who claims that Apple plans to announce a lower-priced Apple Watch model at its virtual event on September 15. In a tweet, Prosser said the new model will feature a similar design as the Apple Watch Series 4, with 40mm and 44mm sizes to be available.

It's worth noting that Prosser inaccurately claimed that new Apple Watch and iPad models would be announced via press release on Tuesday of this week, but on other occasions he has shared accurate information about Apple's product release plans.

Prosser added that this lower-priced Apple Watch will lack some newer features like the ECG app and an always-on display. Confusingly, he also mentioned that the model will include the M9 chip, which is one of Apple's older motion coprocessors found in devices like the iPhone 6s, the original iPhone SE, and the fifth-generation iPad.

Last month, Apple filed several more unreleased Apple Watch models in the Eurasian Economic Commission database than it has in prior years, lending further credence to the possibility of both Apple Watch Series 6 and lower-priced models being announced next week.

Apple will be streaming its September 15 event on its website and YouTube starting at 10 a.m. Pacific Time, and we'll have full coverage of the announcements here at MacRumors. Gurman recently indicated that the event will be focused on new Apple Watch models and potentially a redesigned iPad Air, with new iPhones not expected until October.

i-Liam
Nobody should ever pay attention to what Prosser says.
Score: 43 Votes (Like | Disagree)

macduke
Professional watch? So it will have at least three cameras and cost 40% more?
Score: 28 Votes (Like | Disagree)

ersan191
Shut the hell up, Prosser - and MR, stop reporting on things he says.

Icaras
Stopped reading after ‘Prosser’ in the headline.
Score: 21 Votes (Like | Disagree)

HeavenDynamic
This looks like a very attractive device for the vast majority of people who don't already own an Apple Watch.
Personally, I hope this means the Series 6 will be a significant update to the Series 5.
Score: 19 Votes (Like | Disagree)