Over a year after its U.S. launch, MacRumors has uncovered a range of evidence to suggest that Apple Card may soon be launching internationally. 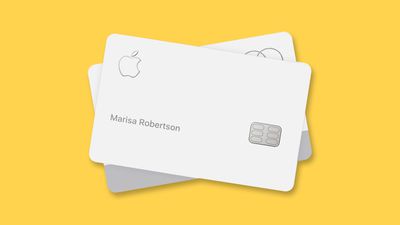 A source claiming to be close to an unnamed Australian banking corporation involved in supporting ‌‌Apple Card‌‌ in Australia tells MacRumors that ‌Apple Card‌ will be launching in multiple new regions as soon as the end of this year. The tip speculated that the Australian release may coincide with the release of iOS 14.1 or iOS 14.2, but cautioned that it might not be ready until an iOS 14.3 release in early 2021.

In addition, Apple has recently advertised for several new Apple Card Product Manager roles that involve travel and "working with external partners such as payment networks, bank issuers and other players." In the U.S., Goldman Sachs is ‌Apple Card‌'s only bank issuer. The job description may suggest that Apple is setting about negotiation with other issuers within the U.S., or more likely, issuers to support ‌Apple Card‌ in other regions around the world.

MacRumors has also discovered references to GDPR for ‌Apple Card‌ in iOS 14 Beta 8 code. General Data Protection Regulation (GDPR) is a regulation in EU law on data protection and privacy. As ‌Apple Card‌ is not currently available outside of the U.S., it seems curious that there is code potentially referring to European privacy legislation for ‌Apple Card‌.

The code, found in a property list, also seems to have been present in some previous versions of iOS. It is unclear if the code is specifically referring to General Data Protection Regulation, or is an abbreviation for something else.

With an Apple event on Tuesday, Apple may be preparing to announce an international expansion of ‌Apple Card‌ imminently. Alternately, Apple could announce the international launch alongside new iPhones at a rumored October event.

Considering the extent to which credit markets and regulation varies around the world, it would be a tall order for Apple to release ‌Apple Card‌ in multiple new regions simultaneously. However, following the success of ‌Apple Card‌ in the U.S., it would make sense for Apple to expand into international markets. It is possible that Apple could announce a broad international expansion on Tuesday, before gradually completing launches at a much slower pace in other regions as they become ready.

While visiting Germany last year, Apple CEO Tim Cook confirmed his interest in launching ‌Apple Card‌ internationally. Last month, Samsung launched Samsung Pay Card in the UK, in an effort to establish a foothold in the region before Apple does.

the physical card is not the point...
Score: 16 Votes (Like | Disagree)

Jarman74
Apple Cash too while you are at it, please.
Score: 14 Votes (Like | Disagree)

SaxPlayer
Sounds interesting. I haven't paid much attention to how it works and it may very well be different from the US in other territories, however if they launch in the UK I'll be checking it out. I always pay cards off and never keep any outstanding balance, however if they do some kind of cash back or other incentives then it might be a useful addition to the [virtual] wallet.
Score: 10 Votes (Like | Disagree)

BF1M
Give us authorized users!
Score: 9 Votes (Like | Disagree)

I use it to build my credit history, and for the cash back. If you use your credit cards correctly, and don't carry a balance, it's essentially free money. To be completely honest though, most Americans do not have that kind of fiscal responsibility. For those who do, it's a useful asset.
Score: 6 Votes (Like | Disagree)

zorinlynx
I really freaking wish that Apple would increase the rewards, though. They're just not competitive with my other cards.

The 1% on physical card and number transactions means I don't even bother carrying the titanium card with me at all. It's a shame that they came up with such a cool physical card with little point in using it; I might as well use my Chase Freedom card and get 1.5%. I switched Amazon to the Apple Card to test the number and yep, only getting 1%. Going to switch it back to Chase.

Both the Chase and BoA cards offer 3% on dining. No point ever paying for a restaurant order with the Apple Card.

Ideally it should be:

1.5 or even 2% on physical card/number transactions
3% on Apple Pay transactions. All of them, not just selected merchants.

Then i would use it a whole lot more.
Score: 5 Votes (Like | Disagree)
Read All Comments