Apple today seeded the fifth betas of upcoming iOS 14 and iPadOS 14 updates to developers for testing purposes, two weeks after seeding the fourth betas and nearly two months after unveiling the new software at the WWDC keynote. 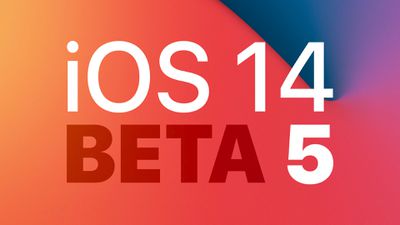 Beta 3 brought a new red Music icon, changes to the design of the Music Library in the Music app, a Clock widget, an updated Screen Time widget, while beta 4 added an Apple TV widget and improvements to search.

Rogifan
I hope this fixes the disappearing keyboard.
Score: 19 Votes (Like | Disagree)

TheYayAreaLiving ?
Thank you Apple. Hoping this is a stable beta.
Score: 12 Votes (Like | Disagree)

RossGGG
How does the phone in the screenshots have AIM????

Thank you Apple. Hoping this is a stable beta.

All the betas have been remarkably stable for betas. Much more usable on a daily driver than past beta cycles even from day 1.
Score: 9 Votes (Like | Disagree)
Read All Comments