Spotify, which has also faced off with Apple over Apple's App Store policies and fees, today weighed in on Epic Games' fight with Apple over Fortnite's removal from the ‌App Store‌. 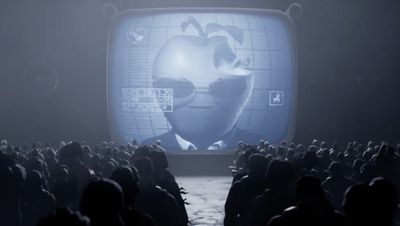 Unsurprisingly, Spotify has sided with ‌Epic Games‌, applauding Epic's decision to "take a stand against Apple." From a statement provided to Recode's Peter Kafka:

We applaud Epic Games' decision to take a stand against Apple and shed further light on Apple's abuse of its dominant position. Apple's unfair practices have disadvantaged competitors and deprived consumers for far too long. The stakes for consumers and app developers large and small couldn't be higher and ensuring that the iOS platform operates competitively and fairly is an urgent task with far-reaching implications.

The fight between Apple and ‌Epic Games‌ heated up quickly over the course of the day. This morning, Epic added a feature to Fortnite that allowed players to purchase V-Bucks in the Fortnite app with a direct payment that skirted the ‌App Store‌ rules prohibiting developers from accepting payments outside of the in-app purchase system.

It turned out to be a planned change that sparked a rapid response from Apple. Hours after the direct payment option was added, Apple pulled the Fortnite app from the iOS ‌App Store‌.

Right after that happened, Epic announced a pre-prepared lawsuit against Apple, accusing Apple of being a "behemoth seeking to control markets, block competition, and stifle innovation" and imposing "anti-competitive restraints" and using "monopolistic practices in markets" against ‌‌App Store‌‌ developers.

‌Epic Games‌ also shared a "Nighteen Eighty-Fortnite" short as part of its swift and forceful PR campaign against Apple. The video, which is available on YouTube and in the Fortnite game, is based on Apple's iconic 1984 ad and calls on Fortnite players to "join the fight to stop 2020 from becoming 1984."


When the Fortnite app was removed from the ‌App Store‌, Apple in a statement to MacRumors said that Epic has benefited from "the ‌App Store‌ ecosystem" and its tools, testing, and distribution, and that Apple's guidelines "create a level playing field for all developers and make the store safe for all users."

It's not yet clear if Epic's lawsuit against Apple, which calls for "injunctive relief" for developers from Apple's ‌App Store‌ policies and fees, will be successful, but it does put ‌App Store‌ rules back in the spotlight at a time when Apple is already facing a U.S. antitrust investigation into the ‌App Store‌.

Apple and Spotify have also had public disputes in the past, with Spotify launching a complaint against Apple with the European Commission in 2019. Spotify has long been unhappy with the 15 to 30 percent cut that Apple takes from Spotify subscriptions, especially when Apple does not have to pay the same fees for Apple Music.

Apple has made concessions in its fight with Spotify, launching a feature that allows Siri to work with non-Apple Music services. With iOS 14, Apple is also allowing third-party music services like Spotify to work with the HomePod as an alternative to ‌Apple Music‌.

PutTheFBackIn
Jon Prosser just reported that Apple may or may not do something or another at some point in time.
Score: 55 Votes (Like | Disagree)

ruka.snow
Of course Spotify is siding with Epic. Nether company wants to pay Apple a penny for their success through selling on the AppStore.
Score: 41 Votes (Like | Disagree)

yep. I see nothing wrong with a pop up as they implemented to let the user / customer choose how they’d like to pay. It’s not like they wanted the Apple Payment option to be removed

I'm perfectly okay with Apple having their payment system and even charging 30%. What I have an issue with, and agree with Epic and Spotify on, is that Apple bans even mentioning other ways to pay from inside apps. This is an anticompetitive practice (because Apple isn't losing 30% on their own services they sell) and needs to go.
Score: 34 Votes (Like | Disagree)

Apple_Robert
If Spotify and Epic don’t want to pay the price of admission, then they can do without the Apple app store. They won’t do that, though. They want to come to Apple’s home and demand what Apple does and doesn’t do in their own home.
Score: 26 Votes (Like | Disagree)

Take a second to read the complaint. Epic alleges the single option / Apple payment processing is at issue and monopolistic, not the store. I tend to agree given the law.

So if a vendor doesn’t accept AmEx, I should sue them to accept my payment method?
Score: 24 Votes (Like | Disagree)

For one, it's Apple that created the store for their eco-system. They didn't force people to buy the Mac OS. They can't expect to build a store and not get a kick-back on the profit.

On the other hand, I don't know if 30% is justifiable in terms of kick back due to the benefits they received from Apple.

I don't know who is the more greedy one here.