Spotify has filed a complaint against Apple with the European Commission, accusing the iPhone maker of enforcing App Store rules that "purposely limit choice and stifle innovation at the expense of the user experience" and "acting as both a player and referee to deliberately disadvantage other app developers." 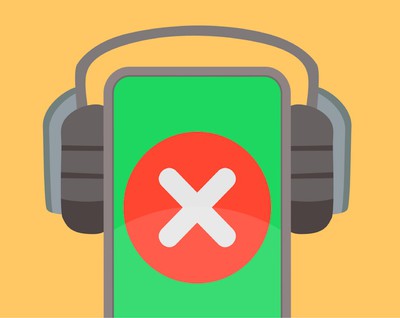 In a blog post, Spotify founder and CEO Daniel Ek took particular issue with Apple charging a 30 percent "tax" on ‌App Store‌ purchases. This results in Spotify charging existing subscribers $12.99 per month for its Premium plan via the ‌App Store‌ just to collect nearly the $9.99 per month it charges normally.

Ek believes this gives Apple an "unfair advantage," since Spotify is unable to fairly compete with Apple Music's standard $9.99 per month price within the ‌App Store‌. This is a big deal given there are over a billion active iOS devices.

As an alternative, if Spotify chooses not to collect payments via the ‌App Store‌, Ek notes that Apple "applies a series of technical and experience-limiting restrictions" on the company. Over time, this has also included "locking Spotify and other competitors out of Apple services such as Siri, HomePod, and Apple Watch."


Ek stresses that this is "not a Spotify-versus-Apple issue" and simply about seeking "the same fair rules for companies young and old, large and small."

Apps like Uber and Deliveroo, for example, are allowed to collect payments directly from customers since they offer "goods or services that will be consumed outside of the app," according to Apple's App Store guidelines. Unlike Spotify, this allows these apps to bypass Apple's 30 percent commission.

Ek summarized what he is asking for into three points:

Ek notes that Spotify tried "unsuccessfully" to resolve the issues directly with Apple, leading to its carefully considered complaint with the European Commission. Spotify is based in Stockholm, Sweden.

Spotify has launched a "Time To Play Fair" website and shared a companion video to inform customers about its complaint.

Apple Music sucks IMHO, spotify is way better. The simple fact you're cheering for getting ripped off... You paid for the phone, but you're fine with Apple stifling competition that would give you cheaper services.

Should your ISP get 30% off Apples revenue? If Apple doesn't like it, they can launch their own network right?

MS got fined for pushing Internet Explorer over others and in their case you could install the competition, in Apple's case you can't even do that.
Score: 78 Votes (Like | Disagree)

farkingdom
I still don't understand why I cannot use Siri to play Spotify. Or on the HomePod.
While I love iOS, I hate that Apple is intentionally damaging their user base experience for those who chose to use a competitor product instead of their own.
Remember Apple, developers are the one who made you to what you are today. If they all pull out, you have nothing left.
Score: 57 Votes (Like | Disagree)

I personally find Spotify much better than AM. AM is fine if your into rap and hip hop perhaps, but I find music discovery with AM to be terrible. Although I have a subscription to AM, I find I still go back to Spotify for 95% of my music. Siri on HomePod can never find music on AM that I ask for, even though I know its in my AM library. So, I return to Spotify, and stream it to the HomePod.

I hope Spotify wins this case.

az431
Apple doesn't prohibit Spotify from selling subscriptions outside the App Store, so this will go nowhere.
[doublepost=1552480911][/doublepost]

Of course, the Apple store is rigged. But Tim Apple owns the hardware, the OS, the content and the infrastructure. He calls the shots. If you don't like it go someplace else. Oh right.

Kind of like McDonald's is rigged because I can't buy a Sonic hot dog there?
Score: 47 Votes (Like | Disagree)

Spotify has more paid subscribers than Apple Music. This is a well known fact.

If Apple were to cancel all subscription payments paid via the App Store, they would be open to class action lawsuits and a host of other legal issues.

Spotify has a point here.
Apple is not only the owner of the App Store, they are also a competitor offering the exact same type of service.
Having a built in 30% “fee” is the epitome of an unfair advantage.
They are simply acting as a card processor in the transaction. The average processing fee is 5% or less literally everywhere else.
That would be fair.
Score: 43 Votes (Like | Disagree)

dumastudetto
The best thing Apple fans can do is response is cancel any Spotify subscriptions. Hopefully though, very few of us are giving money to Spotify anyway. Apple Music is superior in every way IMHO.
Score: 30 Votes (Like | Disagree)
Read All Comments

Tuesday May 4, 2021 9:51 am PDT by Juli Clover
Just after Apple announced its AirTags, Tile CEO CJ Prober relayed his concerns about competing with Apple in the tracking space, and said that Tile would ask Congress to investigate Apple's business practices specific to Find My and item trackers. Prober this week did an interview with Bloomberg, where he further expanded on Tile's complaints about Apple and why he feels that Tile is...
Read Full Article • 430 comments