Airbnb and ClassPass have claimed that Apple's demand to take a cut of online sales was wrong, reports The New York Times. 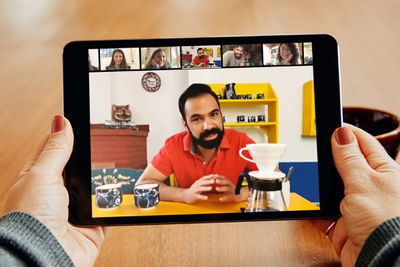 ClassPass helps users to book classes at local gyms, but due to the global situation, they were forced to move their business online and offer virtual classes instead. ClassPass claims that it received a "concerning" message from Apple stating that a 30 percent commission on sales was now required. Apple reportedly explained that long-standing App Store rules entitle it to a significant cut of online sales, although none were required previously because classes were held in person.

With gyms temporarily shut, ClassPass rolled back its usual commission on virtual classes, passing 100 percent of sales directly to gyms. ClassPass explains that Apple was therefore, in effect, asking for a cut of sales from struggling independent fitness centers, yoga studios, and boxing gyms. Instead of complying with the rule, ClassPass pulled virtual classes from its iPhone app.

Airbnb reports a similar experience when it began to offer "online experiences," such as virtual cooking classes and meditation sessions, to respond to the changing demands of customers in recent months. When demanding commission on these online sales, Apple said that it believed that Airbnb had intended to offer virtual experiences for some time, and despite establishing its multibillion-dollar business with the help of its ‌iPhone‌ app, Apple never previously asked for fees. Apple's negotiations with Airbnb are ongoing, but Apple has cautioned that if the two companies cannot come to terms, it may remove Airbnb's app from the ‌App Store‌.

Apple commented that waiving the commission in these cases would not be fair to many other app developers that have paid commission for similar services. "To ensure every developer can create and grow a successful business, Apple maintains a clear, consistent set of guidelines that apply equally to everyone," the company said in a statement. Apple said a small fraction of ‌iPhone‌ apps were subject to its commission, which is in line with the fees other platforms charge, according to a study released by Apple last Wednesday.

Many companies and app developers have recently complained that Apple forces them to pay commission to be included in the ‌App Store‌, which is essential to reach the 900 million potential customers with iPhones. Many complain about Apple's "capricious enforcement" of rules, which can lead to their apps' removal from the ‌App Store‌ and damage to their business.

Both Airbnb and ClassPass have discussed Apple's demands with congressional offices that are investigating how Apple controls the ‌App Store‌ as part of a year-long antitrust inquiry. Tim Cook and various other big tech CEOs are set to participate in an antitrust hearing on Wednesday.

If you don't like it, then you can leave anytime.

No, you can't. That's the problem. There is literally no alternative to Apple/Google in distributing mobile software. If your business is built on mobile software, then there is nowhere else to leave to.
Score: 19 Votes (Like | Disagree)

edgonzalez32
That's ****ed up. And you people keep wondering why the App Store is under scrutiny.

supremedesigner
I agreed with Apple on this one. It isn't fair to other companies if they are exempted.

Or, you can do what is sensible, create your own web site signup and payment system and then not use a third party which may charge you a fee. Not rocket science here

So they should just advertise that in the app right?

Oh, wait, they can't. Because Apple doesn't allow that.
Score: 11 Votes (Like | Disagree)

Airbnb and ClassPass have claimed that Apple's demand to take a cut of online sales was wrong, reports The New York Times ('https://www.nytimes.com/2020/07/28/technology/apple-app-store-airbnb-classpass.html?action=click&module=Top%20Stories&pgtype=Homepage').

Wow, airbnb, that’s very hypocritical of you. I guess you wouldn’t mind if your clients who offer rentals decided that they only wanted to pay you a pittance (or zero) of a commission based on the fees renters pay them. Of course, airbnb, you would claim that your front end guarantees the business that the renters need and helps secure (relatively) safe, violence-free non-criminal guests and that such a front end (read: App Store) doesn’t come cheaply (upkeep costs, etc.). The shoe is on the other foot now. Do as I say, don’t do as I do.

The opportunistic, cowardly predators only “jump into the fray” once the large prey is being attacked by others sharing the same goal. In this case, that goal would be a free ride in a massively profit-generating, safe Apple App Store.
Score: 7 Votes (Like | Disagree)

Scottsoapbox
It looks bad when Classpass is waiving fees for the pandemic and Apple wants to add a 30% cut.
Score: 7 Votes (Like | Disagree)
Read All Comments