Apple will announce Arm-based chips and new software updates at WWDC, but hardware isn't expected until later in the year, according to Bloomberg's Mark Gurman. 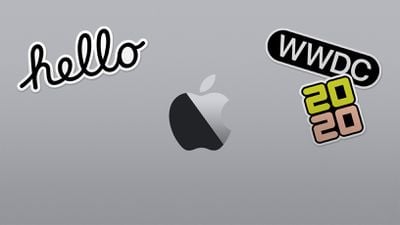 As Gurman said earlier this month, Apple will unveil its work on custom designed chips that use Arm technology, but no Macs will launch with the hardware until late 2020 or early 2021. Apple is announcing the chips early to provide developers with time to update their apps to support the transition to Arm Macs.

According to the report, the next-generation version of macOS, macOS 10.16, will improve porting iOS updates to Macs. Apple last year introduced Project Calayst, which is designed to close the gap between Mac and iOS platforms by making it easier for developers to create Mac versions of iPad apps. Apple in February also added a universal purchases feature that allows developers to bundle iOS, tvOS, and Mac apps together for a single purchase price.

Aside from Mac hardware and software updates, Gurman says that Apple plans to introduce minor updates to tvOS at WWDC, with a new Apple TV set top box launching "as soon as later this year." This claim aligns with previous rumors that Apple is working on an updated Apple TV with an A12 or A12X Bionic chip and higher base storage. A new Apple TV would be a welcomed refresh, as the current fifth-generation Apple TV was released back in 2017.

Gurman in the report reiterates existing watchOS 7 rumors that Apple suggest Apple will add new faces, a kids mode, and a sleep tracking app to the Apple Watch.

As for the HomePod, Apple may be planning to update the HomePod software to support third-party music services like Spotify, Amazon Music, Pandora, and more, which that would come ahead of a planned HomePod refresh. Gurman says that Apple is working on a new, smaller version of the HomePod that's set to launch later in the year.

Notably, aside from the mention of Arm-based Macs, Gurman does not appear to be expecting any hardware refreshes. There's no mention of a planned iMac refresh that was rumored, nor details about other products that are in the works like AirTags, suggesting these updates will come later in the year rather than at WWDC. There's a chance that Apple could surprise us with some kind of hardware announcement, but it's looking unlikely.

WWDC 2020 begins this Monday as an online event. Apple will be holding its virtual keynote on Monday, June 22 where it is expected to introduce iOS 14, other new software, a possible redesigned iMac, and more. Check out our "What to Expect at WWDC 2020" article for a full list of what we may see at the virtual event.

MacMikePro
For the love of god please can this be the last version of macOS to be 10.x? Once they switch to Arm based Macs just use that as the excuse to call it macOS 11.0 and then just go to 12 the next year and so forth. It's been almost 20 years now and it's getting ridiculous. Switching the architecture is the best excuse they'll ever have to finally change it. Stupid complaint, I know, but seeing "10.16" in this article just makes me facepalm and it's gotta go at some point.
Score: 4 Votes (Like | Disagree)

Lucifer666
Hilarious. All these meh comments, when this is the biggest news since Apple went Intel, and this tops that by a huge margin.

The comments in this thread are the strangest thing i've ever seen on this forum :D
Score: 3 Votes (Like | Disagree)

Macaholic868
WWDC is now and will always be about software. Next ....
Score: 2 Votes (Like | Disagree)

Giantscruz
Boring... The ARM stuff sounds promising, but it’s sad that I’m most excited at the prospect of Spotify integration on my Homepods.
Score: 2 Votes (Like | Disagree)

iOrbit
It's WWDC isn't it? didn't they start primarily using this event to promote software and not hardware?
Score: 1 Votes (Like | Disagree)

For the love of god please can this be the last version of macOS to be 10.x? Once they switch to Arm based Macs just use that as the excuse to call it macOS 11.0 and then just go to 12 the next year and so forth. It's been almost 20 years now and it's getting ridiculous. Switching the architecture is the best excuse they'll ever have to finally change it. Stupid complaint, I know, but seeing "10.16" in this article just makes me facepalm and it's gotta go at some point.

Liking this just for the simple fact that you recognize how stupid of a complaint it is.
Score: 1 Votes (Like | Disagree)
Read All Comments