Apple plans to introduce its Arm-based custom designed chips for Macs at WWDC, Apple analyst Ming-Chi Kuo said in a note to investors today, agreeing with an earlier report from Bloomberg. 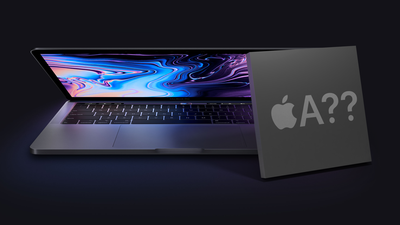 Kuo says that the first Mac models to adopt Arm-based chips will be the 13.3-inch MacBook Pro and an iMac with a redesigned form factor, with Apple planning to launch the new models in the in fourth quarter of 2020 or early in 2021 at the earliest.

(2) ARMiMac:
ARM iMac will be equipped with the all-new form factor design and a 24- inch display. Apple will launch the refresh of existing Intel iMac in 3Q20 before launching the ARM iMac.

Kuo says the Arm-based 13-inch MacBook Pro design will be similar to the current 13-inch MacBook Pro, with Apple planning to discontinue the Intel version. As for the ‌iMac‌, it will feature an all-new form factor design and a 24-inch display.

Prior to the launch of the Arm-based ‌iMac‌, Apple will refresh the existing Intel ‌iMac‌ in the third quarter of 2020, which is in line with rumors we've been hearing about an ‌iMac‌ refresh that could happen as soon as WWDC. There have been multiple rumors about Apple's work on a redesigned ‌iMac‌, though most rumors have suggested the display will be 23 inches rather than 24 inches.

Starting in 2021, Kuo says that all new Mac models will be equipped with Apple processors, and that it will take 12 to 18 months for Apple to transition to an all-Arm lineup.

poorcody
Interesting if true... to start with a Pro instead of an Air (or 12") must mean Apple has confidence in the performance of their chips.
Score: 24 Votes (Like | Disagree)

But does ARM require a different form factor? ARM chips supposedly won't need as much cooling, and there won't need to be a T2 chip either.

ARM would work in the existing form factor or in the form factor they are about to release with x86. The lesser need for cooling doesn’t mean it has to be thinner, just that it could be thinner.

Pros Can't Count On on the Arm-based computer to get your work done.

BenConlin44
Makes sense in a way, They can show off the power of their chips by having a Pro model receive them first. That being said I’ll still be getting the last intel model for starting university as there’s likely to be a year or two of issues with software compatibility
Score: 17 Votes (Like | Disagree)

jayducharme
I don't understand why they would release another Intel iMac if they plan to completely switch over to Arm. Why draw out the transition longer?
Score: 15 Votes (Like | Disagree)

cmaier
Kuo says performance will be 50% to 100% higher than the Intel equivalent.

Would be nice if I finally no longer had to explain to everyone on here over and over again that Arm (and RISC) have inherent advantages over x86 (and CISC) - it takes up half my day :-)
Score: 15 Votes (Like | Disagree)
Read All Comments