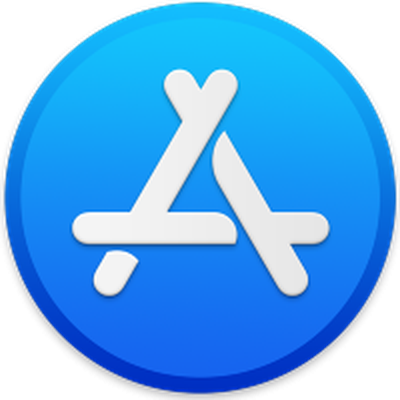 This will allow developers who make a Mac app and an iOS app to sell them in a single bundle, something that has not previously been possible.

Starting in March 2020, you’ll be able to distribute iOS, iPadOS, macOS, and tvOS versions of your app as a universal purchase, allowing customers to enjoy your app and in‑app purchases across platforms by purchasing only once. You can choose to create a new app for these platforms using a single app record in App Store Connect or add platforms to your existing app record. Get started by building and testing your apps using a single bundle ID with Xcode 11.4 beta.

The change will be convenient for both developers and customers, as iOS and macOS users will be able to make one purchase for a cross-platform app. Developers will also be able to create discounted Mac and iOS bundles for the first time.

Apple says that App Store categories will also be unified across the ‌App Store‌ and Mac App Store to align with the new changes and to make apps more discoverable.

Mac, iPhone, iPad, and Apple TV users will have access to the universal app bundle options when the new updates become public.

zorinlynx
I wonder how many developers will actually partake in this. For example, RadarScope is a lot more expensive on MacOS than iOS, and surely there are heavy users of the app that have the premium subscription on both platforms. They'd be leaving money on the table if they were to do this.

I'm all for this, of course, but don't expect a rush of developers pushing the button.
Score: 5 Votes (Like | Disagree)

PlayUltimate
Great idea. It will make it easier to make the initial purchase and to understand the combined cost of the various app components (eg. Things3)
Score: 4 Votes (Like | Disagree)

katbel
Good idea, but I hope they will keep the possibility to buy separately : sometime I need just the app for the iOS or mac, price wise too
Score: 3 Votes (Like | Disagree)

Apple Knowledge Navigator
Oh OmniGroup will have a field day with this.

All they have to do is add the separate prices together for one nice little package. So about £300 then.
Score: 2 Votes (Like | Disagree)

PastaPrimav
Makes sense but, considering how little any developers seem to care about Marzipan apps, this isn't the big news it should be.

Turns out you can't just use a Touch app on a KBM interface. Or vice versa. Who knew? Oh wait...Apple knew. Before they were overrun by whatever toxic culture is in charge now.
Score: 2 Votes (Like | Disagree)

bluecoast
Ok, this is great.

Next up upgrades, I hope.
Score: 2 Votes (Like | Disagree)
Read All Comments

Sunday August 1, 2021 6:21 am PDT by Sami Fathi
Models of the Apple Watch Series 6 with titanium cases part of the "Apple Watch Edition" collection is currently widely unavailable for pick-up in several of Apple's retail stores in the United States and is unavailable entirely for delivery in major markets. Noted by Bloomberg's Mark Gurman in the latest edition of his "Power On" newsletter, titanium models of the Apple Watch Series 6,...
Read Full Article • 102 comments