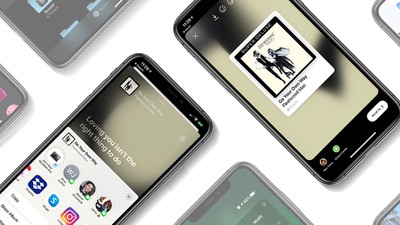 iOS 13.5 is not a typo – Apple has introduced an API change to include initial support for its exposure notification platform in both the new iOS beta and Xcode 11.5, necessitating the version update to iOS 13.5 because it’s using a different SDK than iOS 13.4.

Today’s update introduces the exposure notification API in a beta capacity to allow public health authorities to begin developing COVID–19 contact tracing apps that take advantage of it. Most of the features are for health-related apps that will incorporate the new API, but there is a toggle that is designed to allow users to opt out of participating in COVID-19 exposure notifications.

The update features the same content that was in iOS 13.4.5 beta 2 along with the addition of support for apps that use the exposure notification API, which is set to be released officially in mid-May.

iOS 13.5 also patches two security vulnerabilities that affect the Mail app on the iPhone and the ‌iPad‌. One vulnerability allowed an attacker to remotely infect an iOS device by sending emails that consume a significant amount of memory, while another allowed remote code executions.

I7guy
And the flip side. Most everybody I know updates within days of a new release. That Tim Cook is pushing for more timely updates for critical items, is a good thing.

A change is management in this case was good for Apple.

I7guy
Sounds like a lot of changes. I’ll wait before jumping on this.
Score: 2 Votes (Like | Disagree)

Lee Purcell
i couldn’t disagree more. I remember years back their updates weren’t reliable at all. The beta updates were a real risk to put on your device and it could take months for them to sort it out. It’s definitely better now and it’s not as often that they cause severe issues. I don’t think it’s just iMessage. It’s the whole UI and the brand that people buy into.
Score: 2 Votes (Like | Disagree)

All many want is stable software that you doesn’t need to be patched immediately.

Is it good to patch quickly, you betcha. Is it good to keep releasing small software updates because the first one was half baked from the get go? I’ve never seen so many small patches as iOS 13. The lovers will cling to the fixes, the nay sayers the screw ups. I’m simply speaking facts. Not to mention the debacle last year with homepods being bricked left and right from a factory reset. The pinnacle of stupid regardless of whether Apple replaces them. It was still very invasive from a customer perspective.

IOS 13 has been fine for me. I don't care about the frequency as long as my devices work properly. As far as Homepods being bricked, one thing has nothing to do with another. My Homepod is not my daily driver, and for whatever reason my Homepod escaped the grave. As long as Apple takes care of the issue, move on and up.
Score: 2 Votes (Like | Disagree)

Carrotcruncher
Email is still screwed, despite showing new email from this thread on lock screen nothing shows in inbox, I am so starting to hate IOS today I found myself browsing the internet looking at Android devices !
Score: 1 Votes (Like | Disagree)

What can we do ? If we use Apple and an iPhone 11 we are at the mercy of Apple, the opt out is good, lets hope it actually works, remember the hullabaloo over the new spacial awareness chip Apple implemented on the iPhone 11, every one thought it was spying on us, at the end of the day anyone who has nfc or Bluetooth has been being spied on for years, also we never truly know what data Apple has really been keeping on us except what snowdon told us, the only real way to be safe with a phone these days is to use a Nokia 8210 !

Snowden said Apple kept data on us. Did you make that up, or did I miss something?
Score: 1 Votes (Like | Disagree)
Read All Comments

Wednesday June 23, 2021 5:07 am PDT by Sami Fathi
Apple earlier today published a detailed report outlining in blatant terms the negative impact that sideloading would have on the iPhone and iPad, specifically calling out the impacts it would have on user privacy and security. Now, the company is continuing its PR push, with an executive noting in an interview that users who wish to sideload apps already have that option thanks to other...
Read Full Article • 354 comments