Apple's long-rumored over-ear wireless headphones are likely to be unveiled later this year, and a new report today from Bloomberg's Mark Gurman offers more details on what we can expect from the product. 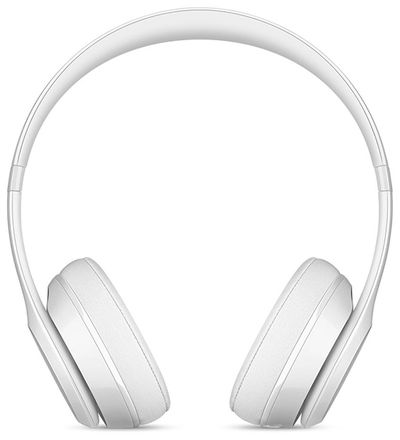 According to the report, Apple is working on at least two versions of the headphones, including a "premium version with leather-like fabrics" and a "fitness-focused model that uses lighter, breathable materials with small perforations."

Prototypes of the headphones have a retro look with oval-shaped ear cups that swivel and a headband connected by thin, metal arms. The arms stem from the top of the ear cups rather than the sides, the people added. They asked not to be identified discussing products that haven’t been announced.

According to Gurman's sources, the over-ear headphones that Apple is currently developing have ear pads and headband padding that attach to the frame magnetically, allowing users to swap them in and out for customization and replacement. This design may even allow users to easily convert the headphones from comfort to fitness.

Apple is expected to use wireless-pairing and noise cancellation features in the headphones like those found in its AirPods Pro earbuds. Similarly, the new headphones will use Siri for voice control and have a limited set of integrated touch controls, according to the report.

Apple headphones have been rumored for a few years now. Since 2018, rumors have predicted launch dates for the headphones that continuously miss their mark, from launching in late 2018 to sometime in the second half of 2019. However, leaked icons for the headphones were found in a leaked iOS 14 beta last month, suggesting a release sooner rather than later.

The latest murmurs from Gurman's sources say Apple plans to unveil the headphones later this year, and Twitter leaker John Prosser has claimed Apple is targeting a June WWDC debut, with pricing set at around $350, putting them in the range of Beats Studio3 and Bose 700 headphones.

Apple is reportedly planning to target the high-end audio market with the device, which could explain the ongoing delays in the manufacturing process as the company tries to perfect the design.

The impact of the viral pandemic could also cause problems for Apple. Gurman says China's Goertek is one of the partners Apple has discussed for handling assembly of the headphones, but the manufacturer has yet to recover fully from the disruption.

mike...
Would be cool if they had some kind of magnetic charging cable that would keep them safe from being snagged while you're wearing them. Magnetic, and safe. They could call it MagSafe, and it would make a wonderful addition to laptops too.
Score: 17 Votes (Like | Disagree)

Magnetics huh... Can't wait to rip them off an unsuspecting head!

Why wait for these headphones, you can go out and rip regular headphones off other people‘s heads right now.
Score: 11 Votes (Like | Disagree)

needsomecoffee
Replaceable battery ?? Or another device that demands disposal/repurchase every few years ??
Score: 8 Votes (Like | Disagree)

Apple is reportedly planning to target the high-end audio market with the device,

I hope they understand that the high-end market often uses high-end playing devices ( and headphone amplifiers, etc) for listening to non-compressed music, and therefore a wired connection is required in addition to wireless.
Unless « high-end » simply means the same people that enjoy iPhone earbuds but need to buy everything Apple.
Score: 7 Votes (Like | Disagree)

eastwoodandy
I’m quite happy with my Bose QC35s. I hate the trend of touch & voice controls on headphones. The amount of people I see faffing with touch controls to pause music in the office is ridiculous! Hardware buttons are far better when you can see where you’re touching and voice control for headphones just makes you look like a dick.

And if there is no wired connection that rules out any kind of music recording or production.
Score: 7 Votes (Like | Disagree)

JustinCymbal
I would definitely buy these!

If these are released in the fall I'm sure they would sell a ton of these over Christmas time
Score: 5 Votes (Like | Disagree)
Read All Comments

Sunday July 3, 2022 8:07 pm PDT by Sami Fathi
While past rumors have indicated the upcoming second-generation AirPods Pro will feature a built-in heart rate and body temperature sensor, Bloomberg's Mark Gurman has cast doubt on those rumors turning out to be true, saying instead such a feature is unlikely to come anytime soon. "Over the past few months, there have been rumors about this year's model gaining the ability to determine a...
Read Full Article • 68 comments

Monday July 4, 2022 5:50 am PDT by Hartley Charlton
Apple is working on an Apple Watch Series 8 model with a larger display, according to DSCC's Ross Young and Haitong International Securities's Jeff Pu. In October last year, Young suggested that the Apple Watch Series 8 could come in three display sizes. Now, responding to a query about the rumor on Twitter, Young claims that the additional display size joining the Apple Watch lineup will be ...
Read Full Article • 161 comments