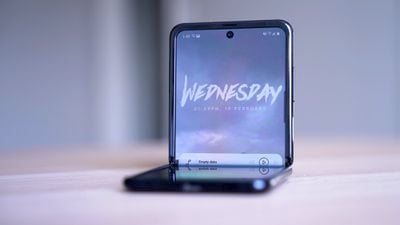 Like the flip phones of yore, the Galaxy Z Flip folds in half top over bottom, compressing down into a little pocketable square. It's thick, like two smartphones stacked on top of each other, in fact, but some people are going to prefer that as it is still more easily pocketable than a large-screened smartphone that does not fold.

When opened up, the Galaxy Z Flip features a 6.7-inch display, which is made from a flexible glass for the first time, a departure from the plastic of the Galaxy Fold. Over the glass, there's still a laminate layer, which scratches easily and has been the source of some complaints.

We haven't seen scratches, even after accidentally dropping the Z Flip four feet onto the floor, but it does feel a little bit delicate. When unlocking the display with a finger, the nail kind of presses down a bit, and if it was longer or sharper, we wouldn't be surprised to see minor screen damage.

One Galaxy Z Flip owner has also had an issue with the display cracking at the fold in the cold, but that seems to be an isolated incident. Our model wasn't taken out into the cold, but it was fine when using it day to day briefly in cold Ohio weather when going from the car to the house.

When it comes to the hinge, the Z Flip's opening and closing mechanism feels a lot smoother and we're not as worried about dust or debris getting into the hinge and mucking things up.

All in all, the Galaxy Z Flip isn't experiencing the same kind of issues that were seen with the Galaxy Fold, and in the hand, it feels more durable and has a better build quality, but make no mistake, this is still a device that needs to be treated delicately.

When it comes to the internal components, the Z Flip is lacking. It runs well, but when it comes down to it, these are components that were introduced last year. It only has a 1080p display, plus an older processor and camera technology that's inferior to the upgraded cameras used in the Galaxy S20 series.

We're going to do an in-depth camera look in a future video with the S20 Ultra and the iPhone 11 Pro Max, but the Z Flip's cameras are basically the same cameras used in last year's Galaxy S10.

One of the main new features in the Z Flip aside from the foldable design is the little mini display that's visible on the outside of the phone when it's closed. The display can show notifications (tap them and open the phone to get to the relevant app), display the time and date, offer up media controls, and provide details on battery percentage. Most notably, it serves as a mini viewfinder when taking selfies.

Display quality is fine with the 1080p display, but the crease down the middle is definitely visible at times. In usage, though, it kind of fades away much like the notch on the iPhone.

Samsung has added a "Flex Mode" to the Z Flip, which allows it to be used for certain tasks when half folded, kind of like a little tiny MacBook. Flex Mode isn't particularly fleshed out and doesn't work with many apps right now, but when functional, it uses the top as a display and the bottom for controls.

So with the camera app, you can see yourself in the viewfinder at the top of the display and then the settings and the camera modes can be accessed on the bottom of the display. Since it sits upright like a notebook, it's available for hands-free selfies and video calls.

Foldable smartphones are an interesting concept and there's definitely promise of better things to come, but the Galaxy Z Flip is just not a phone the average person should go out and buy.

It's incredibly pricy at $1,380, it needs to be handled with the utmost care, the specs are mediocre for such an expensive device, and we ultimately have no idea how it's going to hold up to a few years of usage.

Foldable smartphones are fun to play with, but most people should stick with traditional designs at the current time to get the most bang for their buck. If you're going to be shelling out $1,300 for an Android smartphone, the Galaxy S20 series, especially the S20 Ultra, is a much better buy.

‌iPhone‌ users, of course, likely aren't going to be lured away from the ‌iPhone‌ in favor of the Galaxy Z Flip simply because it runs Android, but it's useful to see what Apple's competitors are doing as devices like the Z Flip could hint at ideas that Apple might want to explore or stay away from in future devices.

What do you think of Samsung's Galaxy Z Flip? Let us know in the comments.

Jay42
While a lot of people will mock this as a gimmick with limited usefulness, I think Samsung is using this as an open beta to get them closer to a folding flagship. If they get widespread hardware failure, it won't be as humiliating since this is their "side project" rather than their halo device.

I won't be paying the $1,400 to join the beta program, but I'm sure enough will be bored enough to do so and provide Samsung with some useful data.

Rocko99991
This will answer everything

PickUrPoison
My 6s fits fine in my front pocket. I have zero desire for a smaller width and height device at the expense of it being twice as thick.

ronwasserman
Not ready......yet. They'll get it right in a few years.
Score: 6 Votes (Like | Disagree)

This Samsung DVD-Rewinder is the most complete and well built DVD rewinder yet. 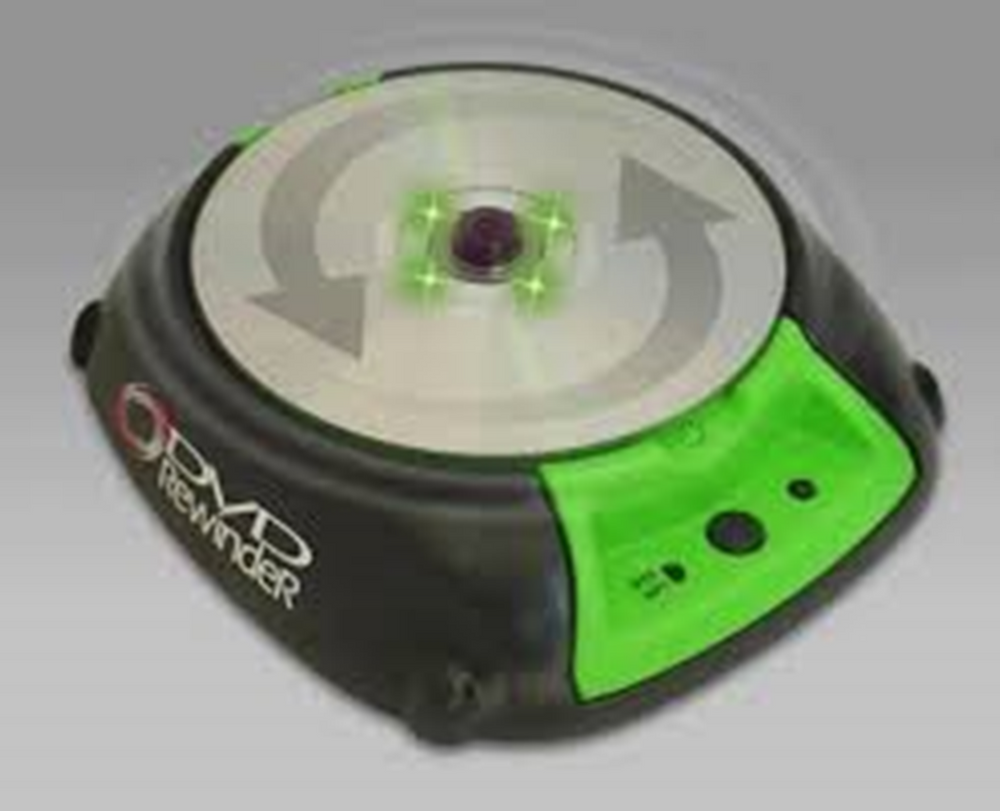