Sony has begun rolling out a software update for some of its smart TVs that enables AirPlay 2 and Apple HomeKit support, including its XBR Z9F and XBR A9F series of 4K and 4K OLED TVs. 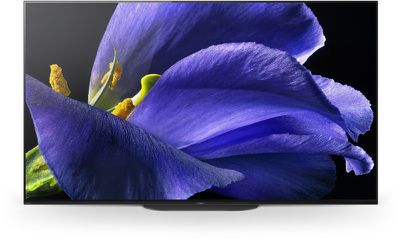 Earlier this year, Sony announced that ‌AirPlay‌ 2 and ‌HomeKit‌ support would come to some of its mid-range and high-end smart TVs by way of a software update. This Android 9 Pie update makes good on that promise, and also includes Dolby Atmos support.

The software update is available in the United States, Canada, and Latin America. There's no word yet on the availability of the update in Europe and elsewhere, but presumably Sony plans to extend the staggered rollout beyond these regions.

To update the Android-based software, you need to press the HELP button on the remote control and select "System software update." If you don't see the update, enable the "Automatically check for update" option, and a notification will appear on your TV when the update is available.

Samsung, LG, and Vizio have also released ‌AirPlay‌ 2-enabled smart TVs this year. Check out MacRumors' hands-on with one of Vizio's compatible models.

gnipgnop
The moral of this story is...buy whatever model TV you want + an Apple TV.
Score: 10 Votes (Like | Disagree)

BWhaler
Have a separate AppleTV box and keep your smart tv off the internet.

Chytin
Sold my kidney for the 2019 model, Sony Oled tv 65A8G. It was much pricier than the comparable LG 65C9 and with it's futureproof features (HMDI 2.1, VRR, ALLM, eARC) but due to better motion handling I went for the Sony.
So, only after a few months on the market, this tv won't get the newest updates and features? If so, guess what finger I'm pointing up at you Sony.
Score: 3 Votes (Like | Disagree)

Yes, it was a bit of a pain. My TV did not recognize flash drives formatted on a Mac. I had to use a PC to format the drive. Also you have to unzip the file on a PC to get the correct .zip file that the TV recognizes. Not the simplest process but I was able to get it done.

For anyone else, you don't have to go through all that trouble of using a PC. Use Disk Utility to format the USB drive as FAT32 with Master Boot Record. Also, turn off [ICODE]Open "safe" files after downloading [/ICODE] in Safari preferences. Once the primary Zip file is download, double-click the zip file to unzip the actual firmware "zip" file. Then copy that to the USB drive.
Score: 2 Votes (Like | Disagree)

Kane Freeman
It’s kind of disappointing and embarrassing on Sony’s part, I have a 2018 Sony AF8/A8F which isn’t included but an Amazon Fire TV Stick has had these features added, how is a fire tv stick more capable?
Score: 2 Votes (Like | Disagree)
Read All Comments