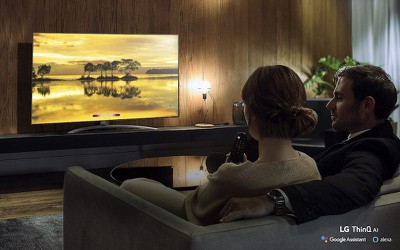 The new NanoCell lineup is divided into the Nano 8 and Nano 9 series, with 11 models in total ranging in size from 49 inches to 86 inches. Seven models will be available starting in April, followed by one model in May and three in June. Prices range from $799 to $4,299 in the United States.

LG detailed availability of other AirPlay 2 TVs coming to its lineup last week and says more will be announced later this year.

jetjaguar
Sucks they wont give this to 2018 oleds
Score: 18 Votes (Like | Disagree)

Sucks they wont give this to 2018 oleds

ipedro
After seeing LG screw over their customers who had just purchased a brand new 2018 TV, they made very clear that they won’t support their customers like other brands do. Why would I ever want to buy an LG tv ever again? Thanks for the heads up LG.

Sucks they wont give this to 2018 oleds

StrangeNoises
so, this is all software, but no word on software updates to existing capable models, amirite?

Sod it, I have an AppleTV 4K anyway (Bought before the OLED TV). This is partly why. People moan about apple but they do at least support their products with software updates for a proper period.

d5aqoëp
LG is the most pathetic brand when it comes to software updates.
Score: 6 Votes (Like | Disagree)
Read All Comments