Update - Sep 2: The Elec has again reported that Apple plans to release an iPad Pro with 3D sensing camera technology early next year:

US-based Apple also plans to adopt the ToF module for the first time in its tablet, the iPad Pro, early next year. The ToF function will be available for the iPhones beginning in the latter half of next year.

Update - Aug 27: In an email to MacRumors, a representative for Derkwoo Electronics claimed that The Elec's report contained "wrong information" and "something that is not true about us." The Elec has since deleted its article. Original story follows.

Apple plans to release a new ‌iPad Pro‌ with 3D sensing rear cameras in March 2020, according to Korean website The Elec. 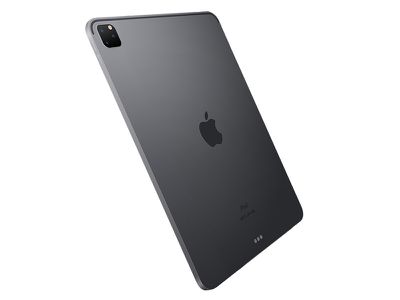 The report, citing unnamed industry sources, claims that Korean contract manufacturer Derkwoo Electronics will provide some of the components for the 3D sensing camera modules, including stiffeners and brackets. Mass production of those parts will supposedly begin towards the end of 2019.

The rear 3D sensing is said to be powered by time-of-flight technology, which measures the time that it takes for a laser or LED to bounce off of objects in a room, providing an accurate 3D map of the surroundings.

While the iPhone is expected to adopt a similar time-of-flight system next year, the report suggests that the ‌iPad Pro‌ will adopt the technology six months before the iPhone. Specifically, the new ‌iPad Pro‌ models would be released in March 2020, while new iPhones would likely follow in September.

This lines up with a January 2019 report from Bloomberg that claimed a laser-powered 3D camera could debut first on an ‌iPad Pro‌ as early as spring 2020, but Bloomberg more recently reported that Apple plans to refresh the iPad Pro line by the end of 2019, so Apple's roadmap is not entirely clear.

TF International Securities analyst Ming-Chi Kuo has also said there is an over 50 percent probability that the ‌iPad Pro‌ adopts time-of-flight technology in the fourth quarter of 2019 or first quarter of 2020.

Apple would be breaking precedent by refreshing the ‌iPad Pro‌ in March 2020, as the tablet has gone roughly 18 months between hardware updates since first launching in November 2015 — the second-generation 12.9-inch model was released in June 2017, followed by third-generation models in November 2018.

Given that Bloomberg and Japanese blog Mac Otakara expect an ‌iPad Pro‌ refresh by the end of 2019, it is possible the March 2020 timeframe is inaccurate and that next year's ‌iPad Pro‌ models launch in the fall instead, which would better space out the 2019 and 2020 refreshes and allow rear 3D sensing to debut on the ‌iPhone‌.

3D sensing rear cameras coming to both the ‌iPhone‌ and ‌iPad‌ is not much of a surprise as Apple pushes further into augmented reality.

ejpeg
I would buy an iPad without camera. Never use it on mine.
Score: 25 Votes (Like | Disagree)

I would buy an iPad without camera. Never use it on mine.

Camera is not only used for taking photos, but is very useful in the pro devices for ‘scanning’ documents (by taking pictures of them), converting them into PDFs, and using  pencil to edit/sign
Score: 19 Votes (Like | Disagree)

Stevie jobz 2.0
Anyone seen using an iPad to take a photo, when they have a more than capable camera phone in their pocket should be shot on sight!!!!
Score: 15 Votes (Like | Disagree)

I would buy an iPad without camera. Never use it on mine.

I only use it to take photos of my iPhone when it's time to sell it every 2 to 3 years. Other than that, it is never used.
Score: 8 Votes (Like | Disagree)

macduke
I like it better when Apple releases new iPad Pros right after the iPhone. At least the Spring is better than the Summer. Nothing like buying an expensive new iPad Pro only to have the new iPhone that comes out two months later either match or beat it in performance because it uses a newer generation processor.
Score: 8 Votes (Like | Disagree)