Tuesday August 13, 2019 11:41 am PDT by Juli Clover
Spotify and Apple are in talks over a potential "truce" that would allow Siri to play songs, playlists, and albums from Spotify via voice commands from iPhone users, reports The Information.

Apple in iOS 13 is introducing SiriKit changes that will allow ‌Siri‌ to play music, podcasts, audiobooks, and radio from third-party apps, which seems to be the feature that the two companies have been discussing.

The SiriKit changes will let Spotify and other developers build ‌Siri‌ support into their apps, letting users control audio playback with ‌Siri‌ commands. Users will be able to use commands like "Hey ‌Siri‌, play Fleetwood Mac from Spotify" to access Spotify instead of Apple Music.

Should Apple and Spotify come to an agreement about the new feature, ‌Apple Music‌ is expected to remain the default music streaming service on Apple devices when users ask ‌Siri‌ to play songs, according to one of the sources that spoke to The Information. 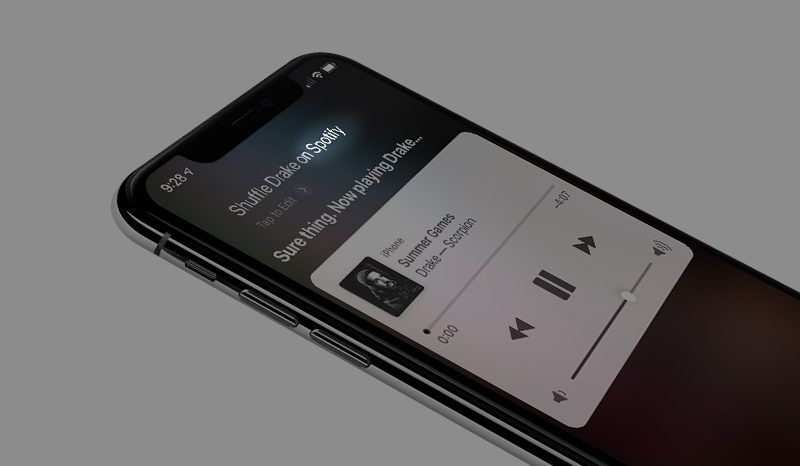 A mockup of what Spotify's ‌Siri‌ integration could look like

The conversations between Apple and Spotify come following a March antitrust complaint from Spotify in the European Union, where Spotify claimed that Apple's App Store rules "limit choice and stifle innovation at the expense of the user experience."

In its complaint, Spotify called out Apple's 30 percent fee for third-party apps in the ‌App Store‌, which Spotify CEO Daniel Ek said gives Apple an "unfair advantage" for ‌Apple Music‌. Ek also complained about Apple's "experience-limiting restrictions," locking Spotify and other competitors out of services like ‌Siri‌.


Spotify's complaint has resulted in a formal investigation of Apple's ‌App Store‌ practices by the European Competition Commission, which is ongoing.

On its "Time to Play Fair" website that outlines its dispute with Apple, Spotify recently changed wording reflecting the SiriKit changes in ‌iOS 13‌. It used to read as follows: "Apple won't allow us to be on HomePod and they definitely won't let us connect with ‌Siri‌ to play your jams."

After an update, the website now says the following: "Only recently, Apple announced that it will let us connect with ‌Siri‌ to play your jams...but fails to mention our name ("I want to play [X] on Spotify") and your ‌HomePod‌ will default to ‌Apple Music‌." The wording changes suggest Spotify will indeed implement ‌Siri‌ support, but the company still seems to be unhappy with the inability to set Spotify as the default music service on Apple devices.


Everything else ok in your life?
Rating: 42 Votes

Rogifan
I’m confused. If SiriKit changes in iOS 13 will allow this what discussions do they need to have?

Anyway, Apple should be competing by providing the better service, not limiting features for 3rd party apps to make them less attractive.
Rating: 35 Votes

ipponrg
This is good news for consumers. Hopefully it plays out.
Rating: 18 Votes

sydneysider88
Yes please! And add HomePod support while you’re at it.
Rating: 17 Votes

This would be a great way for Apple to boost HomePod sales for sure. Plus giving users a choice is always welcomed.
Rating: 14 Votes

nnoble
Choice should be welcome by any reasonable Apple user. Why would anyone (comment 3 above?) object?
Rating: 12 Votes

aloshka
That would be awesome
Rating: 11 Votes

Blackstick
I love Spotify, but Apple doesn't. As such, I don't expect them to be throwing many bones their way.

I couldn't get into Apple Music, and the app is to blame.
Rating: 11 Votes

AdonisSMU
Apple should tell them to drop dead.
Rating: 10 Votes