Apple today began selling an updated version of the Rotor Riot wired game controller for iPhone and iPad through its online store. The new model features a redesigned directional pad, a built-in Lightning port for pass-through charging of iOS devices, and an improved device holder with a "zero gravity" effect. 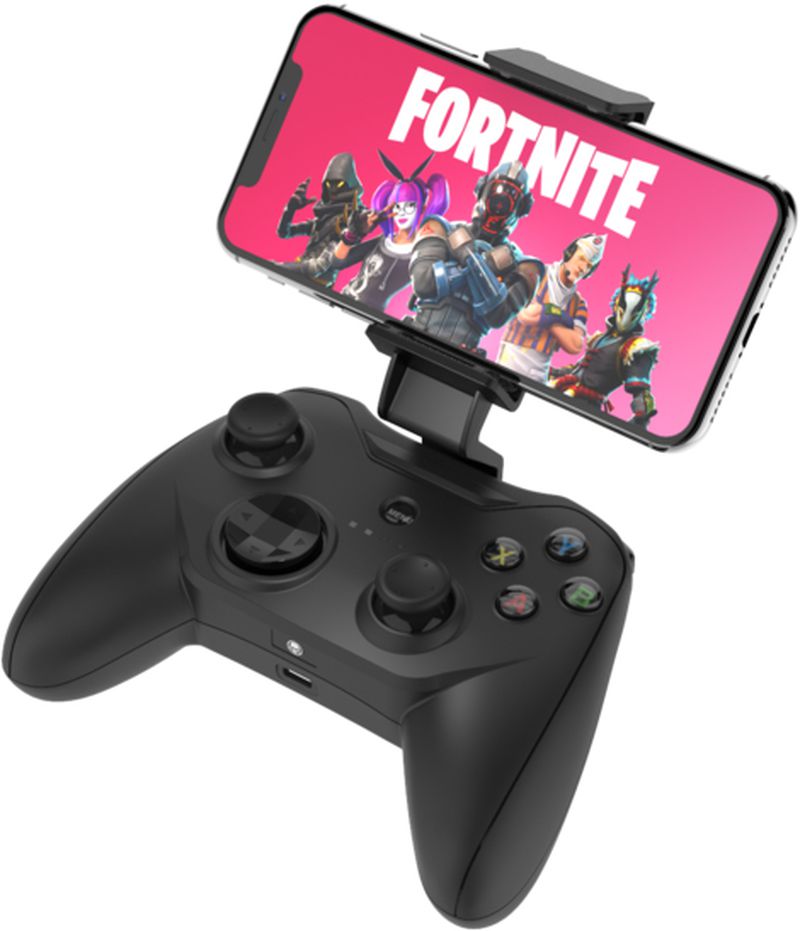 Rotor Riot is the only Apple-certified controller that has clickable L3 and R3 thumbsticks, and it uses a wired connection for zero latency. The device holder is removable, allowing the controller to be used on a standalone basis.

The controller is available for $49.95 from Apple.com as well as Amazon and Best Buy and requires a device running iOS 7 or later.

This is just one of many accessories that Apple has added to its online store over the past few days, alongside new iPhone-connected blood pressure monitors from Withings, the Smart Panda educational playset, new charging accessories from Mophie, Belkin, and Anker, the Netgear Orbi mesh Wi-Fi system, and more.

Note: MacRumors is an affiliate partner with Amazon and Best Buy.


Exactly. I prefer mine to levitate!
Rating: 11 Votes

I don’t know this for sure, but I assume just about anyone that plays a video game console.

What is the alternative? Do you mean using touch-controls?

I personally prefer controllers over touch-controls. Actually, I hate using touch-controls on just about any game I have played, as I like physical buttons to press, and not having my hands covering the screen. The Siri Remote is horrible to play a traditional side scrolling game, unless it is a one-click game.

For my iOS devices, I would have probably purchased more games if it wasn't for the touch controls. Between that and all the mircro-transactions and pay-to-win IAPs, I haven't considered any of the iDevices a suitable gaming device for myself.
Rating: 9 Votes


Anybody who doesn’t like 15 launchers, horrible game ports, waiting forever for certain titles to come out for your platform (GTA 5 for instance), Dealing with steam (slow, antiquated UI, horrible summer sales), or anybody that wants a clean, hassle free way to game without having to deal with driver issues, crashes and compatibility concerns.. but let me guess.. your framerates are high!
Rating: 1 Votes

Anyone know if this would also work for tvOS?

It should as an MFi controller.
Rating: 1 Votes

Apple today began selling an updated version of the Rotor Riot wired game controller ('https://www.apple.com/shop/product/HNEV2ZM/A/rotor-riot-wired-game-controller') for iPhone and iPad through its online store.


Anyone know if this would also work for tvOS?
Rating: 1 Votes

Xenomorph
All MFi controllers are awful. Prove me wrong.

Their only argument in support of them is that they are "better than nothing."


I got really excited when Apple first announced official controller support all those years ago. But all the controllers LACKED STANDARD BUTTONS that have been common for years.

I got really excited when the Steam Remote Play app came out, but then when I tried playing a game, I remembered that my MFi controller ("SteelSeries Nimbus") LACKED STANDARD BUTTONS.

No L3? No R3? Triggers aren't analog? No Select/Share/View button? No Start/Options/Menu button? What do I press to return Home on the remote system? How do I bring up the Steam Overlay? Why don't they vibrate? Why can't they detect motion?


Why do these "modern" controllers have less functionality than the DualShock PlayStation controller from 1997?

The Steam Remote play "solution" to so many missing buttons is multi-button pressing - reminiscent of old 1980s PC joysticks with their 1-button.