Qualcomm Got $4.5 Billion From Apple Settlement According to Earnings Release

Wednesday May 1, 2019 2:29 pm PDT by Juli Clover
Qualcomm today announced its quarterly earnings results and shared details on the amount of revenue that it will be receiving in the coming quarter as part of its recent settlement with Apple.

As pointed out by Axios, Qualcomm will record $4.5 to $4.7 billion in revenue from the Apple settlement, which includes a "cash payment from Apple and the release of related liabilities." 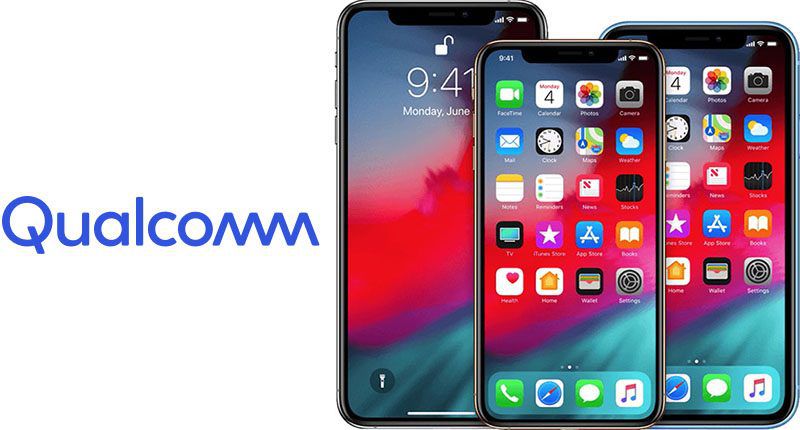 Apple and Qualcomm announced a settlement in mid-April, dropping all lawsuits and litigation against one another. Apple at the time said the settlement included a payment from Apple to Qualcomm, but both companies declined to provide specific details on just how much Apple paid out in backdated royalties.

An analyst estimate put the number at around $5 billion to $6 billion, but it appears Apple didn't shell out quite that much.

Apple appears to have had no alternative but to settle with Qualcomm as it needed 5G modem chips for its 2020 iPhone lineup. Apple originally planned to use Intel chips, but rumors suggested Intel wasn't meeting development goals, leading to tension between Apple and Intel.

Yesterday, Apple CEO Tim Cook said that Apple "feels good" about the resolution with Qualcomm. "We're glad to put the litigation behind us and all the litigation around the world has been dismissed and settled," said Cook. "We're very happy to have a multi-year supply agreement and we're happy that we have a direct license arrangement with Qualcomm that was important for both companies."

More confirmation apple was lying about being overcharged.


No one knows for sure, but everyone can make educated guesses, and most people guess Apple lost, and they are probably right.
Rating: 23 Votes

So, nothing for AAPL, particularly if they get a long term deal they find favorable.

Remember kids, the $4.5B is likely just royalty payments Apple stopped making during litigation and they are paying QCOM to make them whole on previously agreed terms. This isn't like a $4.5B bonus for QCOM.


More confirmation apple was lying about being overcharged.
Rating: 21 Votes

Baymowe335
So, nothing for AAPL, particularly if they get a long term deal they find favorable.

Remember kids, the $4.5B is likely just royalty payments Apple stopped making during litigation and they are paying QCOM to make them whole on previously agreed terms. This isn't like a $4.5B bonus for QCOM.

And how much did Apple save in their new terms versus what QCOM wanted over the next 5 years?

How can it not be a win? They presumably got their overdue royalty payments, an increase in the royalty rate from $7.50 to between $8 to $9 per device, and another long term commitment. Supposedly wanting $15 and getting ~$8 or so can't be considered losing... especially when they were getting $0 in overdue payments, $0 dollars per device in current and future payments, and no commitment for 5G modems. In no version of this tale did Qualcomm not win. That's not to say Apple lost, because they didn't. But you can't honestly put forth an argument where Qualcomm didn't win.
Rating: 14 Votes

More confirmation apple was lying about being overcharged.


How did you even remotely come to that conclusion with so little additional information?
https://www.cnet.com/news/apple-plotted-to-hurt-qualcomm-years-before-it-sued-the-company/

Before Apple ever filed suit against Qualcomm, the iPhone maker allegedly wanted to hurt the company. And it put those plans down in documents obtained by Qualcomm as the two companies prepared to meet in court.

Slides with details of those documents -- viewed by reporters in court, including CNET -- have now been made public. You can see the full slides here (and below).

In September 2014, a document from Apple titled "QCOM - Future scenarios" detailed ways the company could exert pressure on Qualcomm, including by working with Intel on 4G modems for the iPhone. Apple and its manufacturing partners didn't actually file suit against Qualcomm until more than two years later. A second page of that document, titled "QCM - Options and recommendations (2/2)" revealed that Apple considered it "beneficial to wait to provoke a patent fight until after the end of 2016," when its contracts with Qualcomm would expire.

"They were plotting it for two years," Qualcomm attorney Evan Chesler, of the firm Cravath, Swaine & Moore, said during his opening arguments last week. "It was all planned in advance. Every bit of it."

Apple had purchased Qualcomm modems for its iPhones for years until the falling out. One 2009 memo said Qualcomm is "widely considered the owner of the strongest patent portfolio for essential and relevant patents for wireless standards."

"Engineering wise, they have been the best," Johny Srouji, Apple's head of semiconductors, said in a March 2015 email.

The earlier memo also noted that while more than half of Qualcomm's patent portfolio was communications and silicon engineering, it "has more significant holdings in other areas, including many areas relevant to Apple." That included media processing, non-cellular communications and hardware. Apple had argued in its lawsuit that Qualcomm's technology was only used in its modem and it shouldn't be forced to pay Qualcomm royalties for innovations it had nothing to do with.
Rating: 10 Votes

JPack
Sounds like UBS analyst Timothy Arcuri was right on the mark when he said Apple paid Qualcomm between $5 billion and $6 billion to settle the litigation. Qualcomm owed Apple $1B so Apple is writing a check for $4.5B.

He also suggested Apple paid between $8 and $9 in patent royalties per device, a huge win for Qualcomm given the growth in LTE Watch and iPad.
Rating: 10 Votes

twocents
A Billion after Notre Dame fire, 1.2 Billion with Endgame, and now 4.5 Billion for Apple to settle with QC. Funny how that much money is getting tossed around so quickly
Rating: 9 Votes

And Qualcomm needed the money.

Of course it did. Qualcomm gave apple the products it needed and in return apple broke their agreement and payed nothing. That's called a scam and there's no way to defend apple in this.
Rating: 8 Votes