Apple may have plans to announce a new seventh-generation iPod touch in a press release as early as tomorrow.

MacRumors received a tip earlier this month claiming that Apple would announce new iPads, iMacs, and iPods on Monday, Tuesday, and Wednesday of this week, and so far this information has proved to be accurate with the arrival of new iPad Air and iPad mini models on Monday and an iMac refresh today. Naturally, we now expect Apple to introduce a new ‌iPod touch‌ tomorrow. 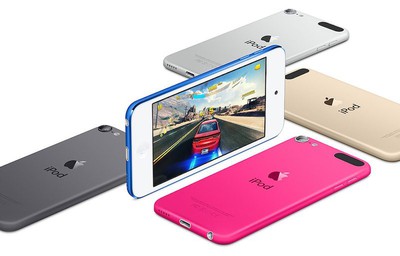 If accurate, this week's series of hardware announcements suggest that Apple may be clearing its docket to primarily focus on its widely expected news and video services at its March 25 event at Steve Jobs Theater.

Last month, oft-reliable analyst Ming-Chi Kuo said he expects a new iPod touch with an upgraded processor to launch in 2019, while developer Steve Troughton-Smith uncovered references to a new iPod touch model in iOS 12.2 code back in January, so there is evidence to suggest a refresh is upcoming.

The ‌iPod touch‌ is certainly due for an update. The current model was released back in July 2015 with a 4-inch Retina display, A8 chip, 8-megapixel rear camera, and a home button sans Touch ID. To ensure the ‌iPod touch‌ remains capable enough to receive iOS updates for at least a few more years, an upgrade to an A10 Fusion or A11 Bionic chip would be appropriate.

Beyond that, it is unclear if the new ‌iPod touch‌ would have many new features, as the device has become a niche product used mostly by children and some developers as an affordable testing device. All other iPods were discontinued in 2017.

The current ‌iPod touch‌ remains available in six colors with 32GB and 128GB of storage for $199 and $299 respectively.

macduke
It is Apple's five days of Christmas in March, lol. Hopefully we get AirPods 2 and AirPower to cap off the week! This is an interesting strategy because it keeps the press talking about Apple's new hardware for an entire week. Kind of a smart way to do it, to be honest.
Score: 24 Votes (Like | Disagree)

ghanwani
If they update the iPod Touch, why not the SE?
Score: 21 Votes (Like | Disagree)

Martius
Somebody got drunk at Apple and started to release new products every day?! :D
Score: 18 Votes (Like | Disagree)

cocky jeremy
Is it too much to ask for to get iPhones in these colors?! Sick of grey/white/silver/black. (And no, I'm not buying a lesser iPhone to get colored backs)
Score: 15 Votes (Like | Disagree)

False news.
There is nothing new

sw1tcher
New iPod Touch based off of new iPhone SE2?