The new iPod touch also features 802.11a/b/g/n/ac Wi‑Fi and Bluetooth 4.1, no longer has a loop attachment and comes with iOS 8.4 preinstalled for access to Apple Music and Beats 1. The 128GB and (PRODUCT)RED models will be sold exclusively through Apple, while all other colors and storage capacities should be available through authorized resellers such as Best Buy and Walmart in the near future.

Apple also updated the iPod shuffle and iPod nano with a matching lineup of colors, but no other hardware or storage capacity changes to the devices were made. iPod nano and iPod shuffle maintain their prices of $149 and $49 respectively and currently ship within 1 business day on the Apple Online Store.

"iPod touch gives customers around the world access to Apple Music, the App Store and iOS, the world’s most advanced mobile operating system, starting at just $199,” said Greg Joswiak, Apple’s vice president of iPhone, iPod and iOS Product Marketing. “With big advancements like the A8 chip and the 8 megapixel iSight camera, customers can experience next-level gameplay, take even more beautiful photos and enjoy their favorite music, TV shows and movies.”

iPods have become an increasingly minor business for Apple over the past several years, with only 2.6 million units sold in Q4 2014, the last quarter when Apple reported iPod sales. Beyond new colors and storage capacities, Apple had last updated the iPod touch and nano in October 2012 and the iPod shuffle in September 2010.

Traverse
Are you serious? ALL they did was add new colors to the Nano and call it “NEW?” And it's STILL $149 according to Apple's site. 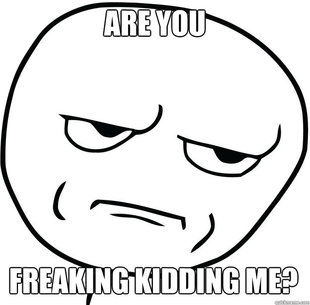 Aah - was hoping for GPS/cellular options on the touch, but a nice update anyways.

Isn't that called the iPhone?
Score: 18 Votes (Like | Disagree)

0098386
Not showing up on the site for me. Macrumors operating from the future: CONFIRMED.
Score: 15 Votes (Like | Disagree)

Jaynamo
About as close as we're going to get to a 4 inch iPhone 6 ...
Score: 15 Votes (Like | Disagree)
Read All Comments

Tuesday May 4, 2021 9:51 am PDT by Juli Clover
Just after Apple announced its AirTags, Tile CEO CJ Prober relayed his concerns about competing with Apple in the tracking space, and said that Tile would ask Congress to investigate Apple's business practices specific to Find My and item trackers. Prober this week did an interview with Bloomberg, where he further expanded on Tile's complaints about Apple and why he feels that Tile is...
Read Full Article • 418 comments

Saturday May 1, 2021 10:41 am PDT by Sami Fathi
Apple is laying the groundwork for adding HiFi support to Apple Music which would offer Apple Music subscribers and owners of compatible devices, such as certain models of AirPods, access to high-fidelity audio streaming, according to code within the iOS 14.6 beta discovered by MacRumors. Earlier today, a report claimed that Apple will announce a new $9.99 per month Apple Music tier that...
Read Full Article • 214 comments