Monday March 11, 2019 7:22 am PDT by Joe Rossignol
MacRumors last month reported that Roku was in talks with Apple about supporting AirPlay 2, and we've since learned that the negotiations are nearly finalized, according to a source familiar with the matter. 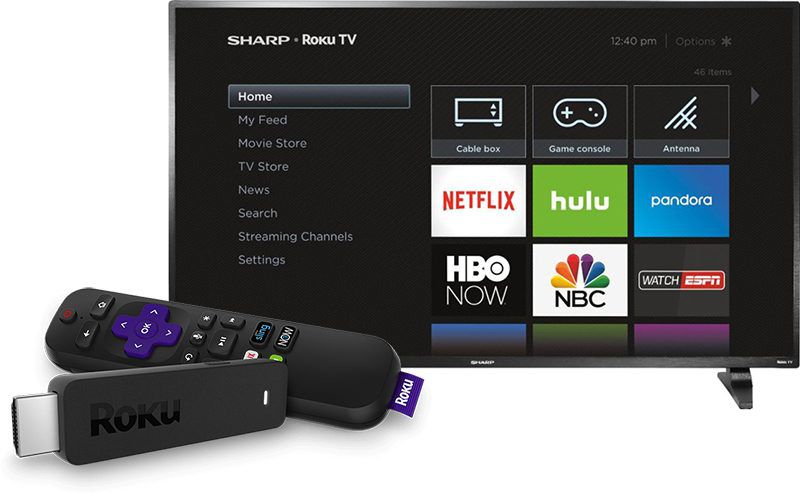 AirPlay 2 integration is expected to arrive in the form of a Roku OS software update for Roku media players, but it's unclear if all models will be supported. AirPlay 2 will also be supported by Roku-based smart TVs, available from brands such as TCL, Sharp, Hisense, Hitachi, Sanyo, and RCA.

Back in January, Apple announced that select ‌AirPlay‌ 2-enabled smart TVs are coming from leading brands such as Samsung, LG, Vizio, and Sony. ‌AirPlay‌ 2 support on Roku will greatly expand Apple's wireless streaming protocol to virtually any smart TV with a Roku player plugged into the HDMI port.

‌AirPlay‌ 2 will enable Roku users to stream video, audio, photos, and other content directly from an iPhone, iPad, or Mac to their smart TVs.

Apple and Roku are negotiating a launch date and marketing surrounding ‌AirPlay‌ 2. Roku has yet to publicly confirm the plans, with a spokesperson earlier indicating that "we don't have anything to share regarding this now."

As someone who uses appletv as their main video consumption device and as a HomeKit hub it’s worth every penny. I have a regular 4th generation in the bed room and a 4K one in the reliving room. I’ve been able to get rid of traditional cable and save money monthly no longer needing to pay equipment fees
Rating: 12 Votes

macrushfan
Hope it drives the cost down of the overpriced AppleTV. I love it but cannot justify the price difference over the Roku.
Rating: 8 Votes

I like to imagine there's one programmer yawning, outstretching their arm in the process, and coming so close to typing the last semicolon.

asdfjkl;
I'd be thrilled if my Roku3 could support AirPlay via an OS update. That would solve a bunch of problems for me and the awesome price of $0.00. :)
Rating: 4 Votes


You love Apple TV? Do you love the remote? Or the limited functionality?

I hate it. Roku is better all around.
Rating: 3 Votes

IRockThat828pScreen
Wish they'd hurry up and add it to the TVs they promised like 2 months ago
Rating: 2 Votes


Apple TV is over priced. If you got one during the free Apple TV promotion from DirectTV it was perfectly priced! Now having owned both Apple TV and Roku, the Apple TV is MUCH better (especially without all those ads on the main screen). However, for most people the Apple TV price isn't worth it over a $40 Roku streamer.
Rating: 2 Votes

Like I said, Apple makes no money on Apple TV, so by definition it's not overpriced.


From one pedant to another: I'm afraid you're wrong. Overpriced is subjective. If the prospective purchaser thinks its not worth what Apple are charging, then it's overpriced. Whether Apple sells it at cost or not is irrelevant.

Overpriced definitions and example sentences from various reference sites:
"too expensive"
"I think these coats are overpriced."
"If you say that something is overpriced, you mean that you think it costs much more than it should."
"charging or charged at too high a price".
Rating: 2 Votes

I don’t see any future for the AppleTV when using a modern smart tv. I’d rather have a Smart tv with support for HomeKit and airplay 2 than another separate box called AppleTV. The development of AppleTV compared too Smart TVs is imo very slow.
Rating: 2 Votes

Name me one thing that Roku doesn't do that Apple TV does other than Airplay and higher price.

Apple TV doesn't sell user data to advertisers like Roku does, that alone kicks Roku out of my house.

Ever wonder why Roku sells hardware cheap, that's because it can monetize user data, welcome to the world of freemium, where you are the product.
Rating: 2 Votes