Apple today presented its best of 2018 lists, highlighting the apps, games, music, movies, TV shows, podcasts, books, and audiobooks that "shaped entertainment and culture around the world this year."

Apple shares its top lists for the App Store, iTunes Store, and more each and every year, and this year's lists are available via the Apple Newsroom. 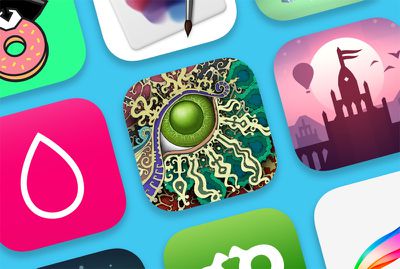 Apple's other top app and game lists are below, with Apple offering up separate winners for the iPhone, iPad, Apple TV, and Mac.

As for movies, Apple named "Annihilation," "Black Panther," "Crazy Rich Asians," and "Eighth Grade" as some of the best movies of the year, while "The Americans," "Atlanta," "The Good Place," and "The Handmaid's Tale" were named some of the best TV shows.

Apple's full Newsroom article has a complete list of the winners for each of its services, along with top charts and other data that's worth checking out if you're looking for music, movies, TV shows, podcasts, books, and apps you might have missed in 2018.

KPandian1
The "Good Place" is a very deep show, well portrayed by seemingly shallow characters. The one NBC show worth its time.
Score: 2 Votes (Like | Disagree)

The "Good Place" is a very deep show, well portrayed by seemingly shallow characters. The one NBC show worth its time.

My wife and I started watching The Good Place on Netflix last month, after seeing a few GIFs of it (I know), and now we're almost caught up with the current season.

I can't say enough good things about it. Such a fresh concept, compared to all the standard sitcoms out there.
Score: 2 Votes (Like | Disagree)

MakeAppleAwesomeAgain
Ladies and gentleman, iPad app of the year:

But Annihilation is an amazing movie.
Score: 1 Votes (Like | Disagree)

Bit of a snooze fest on the Mac this year, then?

Pixelmator Pro is hardly any different to Pixelmator, which itself is an old app now.

Snoozefest - that is an understatement. Looking forward to the highlights of hardware - oh silly me - there aren't any!!!!
Score: 1 Votes (Like | Disagree)
Read All Comments