Apple Maps Vehicles Reach 45 States, Revamped Data to Roll Out Across U.S. Over the Next Year

Apple Maps vehicles equipped with LiDAR sensors have begun collecting street-level data in Montana and North Carolina for the first time this week, raising the total number of U.S. states the fleet has at least partially covered to 45.

The vehicles have been collecting mapping data in the United States since at least 2015. Apple periodically updates a list of locations where the vehicles will be driving on its website. To our best knowledge, the only states yet to be surveyed are Alaska, Arkansas, Oklahoma, South Carolina, and Tennessee.

Last month, Apple confirmed that mapping data and imagery collected by the vehicles will be used to rebuild Apple Maps "from the ground up," aided by high-resolution satellite imagery and "probe data" collected from anonymized, random segments of navigation sessions by opted-in iPhone users.

The gist of it is that Apple will be switching to its own base map, reducing but not fully eliminating its reliance on third-party providers like TomTom, which will yield significant improvements to traffic, real-time road conditions, road systems, new construction, changes in pedestrian walkways, and more.

Apple says the underlying efforts to revamp Maps have been underway for the past four years, but the improvements are currently limited to Northern California on devices running the iOS 12 beta. Apple says the new Maps will roll out section by section across the rest of the United States over the next year.

Apple hasn't said if and when the new Maps will be available outside of the United States, but given the vehicles have surveyed 10 other countries, it is likely on the roadmap. We've reached out to them to see if they are willing to confirm.

ignatius345
Just checked an area of Marin county on my iPad with iOS 12 Beta on it -- definitely has more detail in the spots I checked.


Google Maps, which just shows a blob where that park is


Sure, this is a cherry picked spot in an area where it looks like they're focusing their efforts -- but I think we can see there's steady improvement. And even the current non-improved version is a lot more useful than Google's.
[doublepost=1532534416][/doublepost]

Looks like Apple maps is getting long overdue overhaul, up to date and more accurate.

I use Apple Maps for everything except for long-distance travel. This might change things Where I’d feel comfortable using it solely.

I prefer the privacy policy of Apple Maps “anonymized, random segments of navigation sessions by opted-in iPhone users” over Google maps where they can do pretty much what they want with it.

Used Apple Maps for a 2,000 mile road trip last year on the East Coast and South of the US, and it never let us down once, even did tons of rerouting through secondary roads to keep us out of traffic on the highway. I know it's less strong outside the US, but I find it very reliable here. Honestly the weakest points in Apple Maps are search-related -- it returning a dumb, far-away result instead of something that's less than a mile away. But other than that, routing is very solid and transit options have gotten quite good where I've used them.

m0sher
Looks like Apple maps is getting long overdue overhaul, up to date and more accurate.

I use Apple Maps for everything except for long-distance travel. This might change things Where I’d feel comfortable using it solely.

I prefer the privacy policy of Apple Maps “anonymized, random segments of navigation sessions by opted-in iPhone users” over Google maps where they can do pretty much what they want with it.

macduke
Looking forward to it. Hopefully they also have street view data that they will fold in. Something they really need to work on is search within maps. Maps directions seem to work well and get me from place to place, but the issue I have is when searching for something that I don't know the name of. A recent example is searching for flooring stores and office furniture stores. I get some results, but Google has a lot more. It's like Apple Maps mainly searches business names while Google has metadata about what different stores actually sell. This is extremely useful for any sort of maps app.
Score: 3 Votes (Like | Disagree) 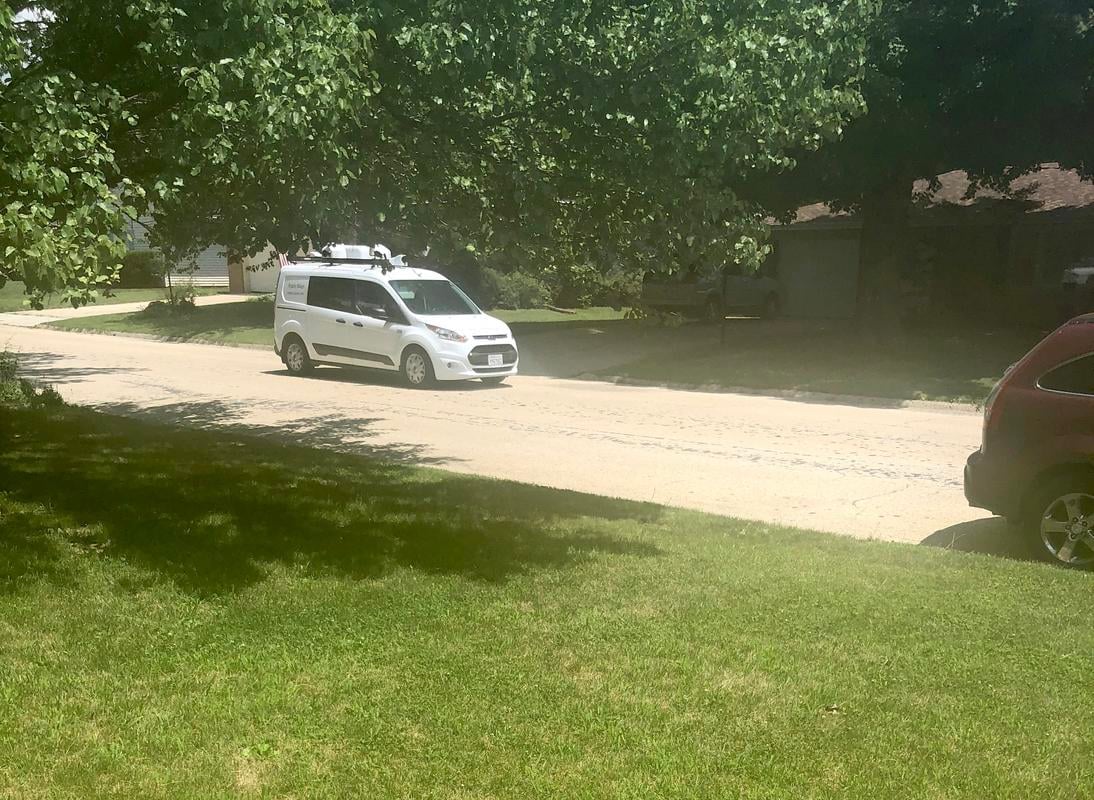 They were in my neighborhood!
Score: 3 Votes (Like | Disagree)

HobeSoundDarryl
Of course, we must grasp that when this finally gets to 50+, the job is not done. This is an ongoing, forever task. Roads change. New roads are built. Old roads are closed. Etc.

I think getting serious about maps data is terrific after so many years, but I hope these vans multiply and are on the roads for years to come. If 50 becomes some claim to “mission accomplished,” this data will go stale just like the existing data.
Score: 3 Votes (Like | Disagree)

mtneer
I would love to see the Apple Maps van take on the Dalton Highway to Deadhorse, AK.
Score: 3 Votes (Like | Disagree)
Read All Comments