As its stable of original television shows increases, Apple has now ordered a new half-hour dramedy called "Little Voices" straight to series (via Variety). The show comes from executive producers J.J. Abrams and Sara Bareilles, and is described as a love letter to "the diverse musicality of New York."

Little Voices will explore the lives of characters in their early 20s as they struggle to find their "authentic voice," and with Bareilles as executive producer the show will also debut original songs throughout the ten episode first season. 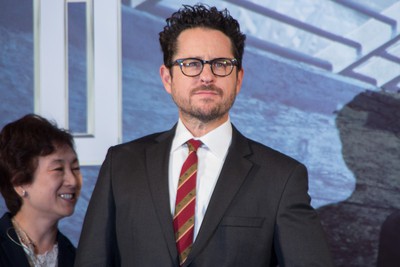 J.J. Abrams via Wikimedia Commons
Screenwriter Jessie Nelson ("I Am Sam", "Stepmom", and "Corrina, Corrina") will serve as the showrunner, and is set to write, executive produce, and direct the first episode. No word on actors who will be cast in the show has been given.

Little Voices marks the first time a show from Apple will be connected to J.J. Abrams' Bad Robot Productions, which also produces current shows like "Westworld" on HBO, "Castle Rock" on Hulu, and brought previous series like "Fringe" and "Lost" to the air.

Apple is quickly collecting shows, the first of which are rumored to premiere sometime before March 2019. Recent show announcements include the Hailee Steinfeld starring "Dickinson", an adaptation of Isaac Asimov's "Foundation" series, an animated show called "Central Park" from the creator of "Bob's Burgers", and more.

This guy ruined Star Trek. No.

kwikdeth
Honestly no surprise there. They're just shooting for their core customer demographic, not us macrumors people.

Watch bands, animojis, making a big deal out of porting features to mobile that have been available for years on desktop and using it as a way to leverage accessory sales, trite nonsense about trust fund kids in New York brought to you by the master of meaningless shallow drivel that likes to pretend there's some hidden deeper message... This is the core demographic now that Apple thinks will sell. Apple has become a bastard child of Disney and Sony.

And that's fine by me. I'm happy to vote with my dollars, which I'll happily be doing elsewhere.
Score: 10 Votes (Like | Disagree)

sodaNine
How does this guy still get gigs he is a Hollywood hack that rips off ideas and as helped destroy 2 massive sci-fi franchises which is quite an achievement!
Score: 8 Votes (Like | Disagree)

threee
I can already imagine the lens flare...
:rolleyes:
Score: 8 Votes (Like | Disagree)

ChrisCW11
Someone with the pedigree like J.J. Abrams, THIS is what Apple wants from him, a show about the angst of millennials trying to find their voice? Unless there is a Cloverfield tie in, a big MEH on this one.

So far nothing Apple has announced entices me to their platform. I am all for having another service streaming original content but so far Apple's sleeper strategy has been to announce content that sounds completely boring and unoriginal, toss it under the Apple Music brand with some vague music tie-in shtick, not release any of it yet, and it all adds up to nothing I am willing to drop another $9.99 a month on to watch.
Score: 8 Votes (Like | Disagree)
Read All Comments