Apple's latest original television series is a half-hour show about the life of poet Emily Dickinson, which is set to star Hailee Steinfeld, reports Variety.

Apple recently gave a straight-to-series order for the show, which is described as a "comedic look into Dickinson's world" that explores the "constraints of society, gender, and family from the perspective of a budding writer who doesn't fit into her own time." 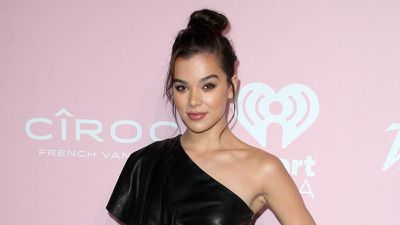 Image via Shutterstock
Emily Dickinson was a prolific American poet known for short lines, slant rhyme, and irregular use of punctuation. Much of her work focused on death and immortality, and she lived a reclusive life.

Alena Smith, who was previously a writer on "The Affair" and "The Newsroom," will serve as writer and executive producer on the series. David Gordon Green, known for "Stronger," Red Oaks," "Vice Principals," and "Pineapple Express" will direct.

Apple has more than a dozen original television shows in the works, which are outlined in our Apple TV roundup. It's not yet clear when we will see the first of the shows debut and on what platform, but rumors have suggested they could start launching in 2019. The first of Apple's shows was picked up in October of 2017, so a 2019 timeline makes some sense.

Mr. Dee
Apple is creating a lot of shows no one is gonna watch but the Apple executive team.
Score: 20 Votes (Like | Disagree)

Apple_Robert
Emily Dickinson and her life was anything but comedic. She suffered from depression and rarely left her home. She had a morose fascination with death. I guess slanting history so generation X, Y, or Z will tune in, is the goal with this series.
Score: 9 Votes (Like | Disagree)

GermanSuplex
Apple's original content is shaping up to be some sort of library for those too old for Disney but not old enough for Lifetime. Almost all of their music exclusives revolve around rap/hip-hop or pop and their original content looks similar. No diversity. I'm more of an R&B/Soul guy, new and old (not the rap they call R&B today).

Having these shows or those exclusives isn't the problem, but is there anything different for others? The closest they've came is the rumors of some sort of science show or reboot, don't even remember the show as I'm not into things like Star Trek/Star Wars/etc. But a lot are, so at least it was different from the other stuff that's been circulating.

As a streaming music service, its great, but I'd really like to see some stuff on there thats a departure from the high-school scene.
Score: 7 Votes (Like | Disagree)

CarpalMac
Thank goodness. Each day I have visited Macrumors on the hour, every hour, just in the hope that Apple would ink this deal. Good times.
Score: 6 Votes (Like | Disagree)

Apple is creating a lot of shows no one is gonna watch but the Apple executive team.

Leave this stuff to Netflix. I haven't seen one thing that Apple is proposing to bring to our screens that I'd consider watching.
Score: 5 Votes (Like | Disagree)

paulcons
One could say they are no longer REALLY creating a "great tech consumer experience." There's a load of issues that worked 100% even back in OS9 that simply no longer work. They sure ARE good at monetizing, big time. Expect these to be exclusive as itunez rentals for 5-8 bucks per show. Not in the least interested.
Score: 5 Votes (Like | Disagree)
Read All Comments