Visa, Mastercard, American Express, and Discover are planning to combine their online payment options into "a single button," hoping to make customers' shopping easier and reduce friction in the checkout process. The button will be a major competitor to PayPal, and combat what's called "the NASCAR effect," where multiple payment logos and options dot the purchasing interface on online marketplaces "like the side of a race car" (via Bloomberg).

The new project is being headed by Visa and Mastercard, which announced during an industry conference that they will integrate the Visa Checkout and Masterpass payment options into the button. Afterwards, spokespeople for American Express and Discover announced they are joining the project as well. With all of these platforms located behind one button, users who already have payment options saved in each will be able to checkout "with a few clicks."

Still, the project is in early stages, with a name and the visual design of the button still undecided. Visa and Mastercard hope to start moving customers enrolled in Visa Checkout and Masterpass to the new program by the end of this year, and expanded checkout support is expected in 2019.

With all of the major credit and debit card companies joining forces, the new button is believed to be a direct competitor to PayPal, which amalgamates a customer's credit cards, debit cards, and bank accounts into one place for easier checkouts.

The aim, according to the card networks, is to make online shopping simple, letting people finish with a few clicks -- an experience pioneered by PayPal Holdings Inc. Yet some analysts say the coordinated effort may ratchet up competition between cards and PayPal, something long seen as a potential risk to that company’s meteoric growth.

“This is always kind of a looming threat to PayPal,” said Thomas McCrohan, an analyst at Mizuho Americas after the first announcements this week.

PayPal has been facing increased pressure from rival payments processors recently, with eBay in February detailing plans to phase out its 15-year-long partnership with PayPal to integrate Adyen as its primary payments platform.

PayPal and eBay have an operating agreement to stay partners through mid-2020, so the Adyen alliance will begin slowly by educating buyers and sellers about the new processor in late 2018 and throughout 2019. By 2021, eBay wants to have "transitioned a majority" of its marketplace customers to Adyen, at which time PayPal will be relegated to a secondary checkout option.

Doctor Q
Choosing the name is easy. D from Discover, IS from Visa, ASTER from MasterCard, and EX from Amex.

dannyyankou
That would simplify things, but websites supporting Apple Pay simplifies it even more.
Score: 9 Votes (Like | Disagree)

I'm really surprised to hear that ApplePay adoption online is at 48%. I haven't encountered nearly that many vendors accepting it. Maybe I just don't shop at the right places. :-/

Actually, I have used it at literally dozens of places that weren't aware they were able to do it.

I amazed at the number of times I hear, "Did you just pay me with your watch? That was cool."

...where people currently "think of PayPal and Amazon Pay,"

Who thinks “Amazon Pay”? I’ve never heard of it. I’ve seen the checkout with Amazon button only a handful of times. And I’ve never seen “Amazon Pay”.
Score: 4 Votes (Like | Disagree)

Not really, since only Safari is supported...

Also works on iPhones and iPads with Safari, which is a pretty large market. I've used it on my phone for several purchases, and it's really fast and convenient.
Score: 3 Votes (Like | Disagree)

Still, the project is in early stages, with a name and the visual design of the button still undecided. l ('https://www.macrumors.com/2018/04/20/visa-mastercard-checkout-button/') 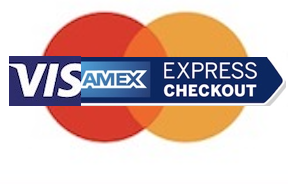 Friday June 18, 2021 9:41 am PDT by Sami Fathi
After a long wait, YouTube for iOS is officially gaining picture-in-picture support, allowing all users, non-premium and premium subscribers, to close the YouTube app and continue watching their video in a small pop-up window. In a statement to MacRumors, YouTube says that picture-in-picture is currently rolling out to all premium subscribers on iOS and that a larger rollout to all US iOS...
Read Full Article • 338 comments