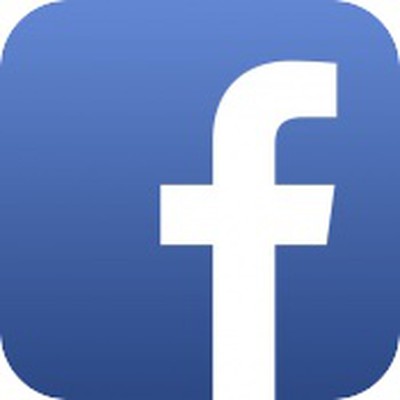 Facebook in October introduced a new feature designed to let publishers sell subscriptions to their news sites directly on Facebook, but the social network could not work out a deal with Apple, preventing the news subscription options from being available on Facebook for iOS.

At issue was Apple's demand for its standard 30 percent cut of any subscription revenue brought in through the Facebook iOS app, while Facebook wanted all money to go to publishers.

At today's Code Media event, Facebook executive Campbell Brown said the dispute with Apple had been resolved, which means the subscription service tool will launch on iOS devices on March 1.

Brown did not provide details on the deal that Facebook and Apple worked out, so it is not clear if Apple will be taking a standard 30 percent cut, a lower cut, or no cut at all.

Facebook's news service does not offer subscriptions purchased directly on Facebook, but instead redirects customers to sign up for a subscription on the publisher website once the article limit has been reached.

Publishers have asked Facebook to change the number of free articles Facebook users can view without a subscription from 10 to 5, a change Facebook will also implement starting on March 1.

BasicGreatGuy
While many here may love their Facebook, I don't care for some of their business practices, not to mention the whole social media obsession.
Score: 17 Votes (Like | Disagree)

They take a 30% cut if and only if you make the payment through an in-app purchase, i.e. one that uses your iTunes Store / Apple ID balance or payment method. Amazon et. al. avoid this by doing everything through their own payment systems.

Spotify was annoyed earlier because for some reason Apple wouldn't let them direct users to their own site for signup, so like half the users were paying through IAPs and giving Apple 30% for that first year's subscription.

Apple doesn’t let anyone have a direct link out of their app to their own website for payment. They say it’s for “security,” but I call it BS. They started that years ago when Amazon and Kobo could still sell ebooks direct from their apps. Apple realized they were losing money, so they put in this anti-competitive rule to make it easy for people to buy iBooks, but difficult to buy Kindle books. I’m fine with hem taking a 30% cut when it’s extra levels for a game, or something hosted on Apple’s servers. But when it’s a subscription or content coming from someone else’s servers, it’s just wrong.

fairuz
The 30% cut is bound to die eventually. There are going to be enough complaints about anticompetitive practice. I personally am not sure whether they should be legally required to remove it, but I think it'll happen, or private entities might just boycott them.
Score: 5 Votes (Like | Disagree)

Those companies need money for their everyday operation. Why would news be free?

Because you can get the same news the site wanting money for, for free anywhere else.

I frequently tap on links in the Google app that take me to the Washington Post. They want me to login before I can read the article. I back out and search Google for the title I just tried to read and end up getting the same article on a free site.
Score: 3 Votes (Like | Disagree)
Read All Comments

Wednesday July 8, 2020 9:35 am PDT by Joe Rossignol
Despite multiple reports indicating that Apple will not include EarPods or a wall charger with iPhone 12 models this year, one analyst believes that pricing will still increase slightly compared to the iPhone 11 lineup. In a research note provided to MacRumors, analyst Jeff Pu forecasted that iPhone 12 pricing will start at $749 for a new 5.4-inch model, an increase of $50 over the base...
Read Full Article • 256 comments