Apple and AT&T have been working together to improve cellular connectivity for iPhone users in Puerto Rico who have been largely without cellular service since Hurricane Maria hit a month ago.

The two companies are enabling LTE Band 8, a provisional LTE band that's been approved but not activated or licensed in the United States or Puerto Rico, reports TechCrunch. 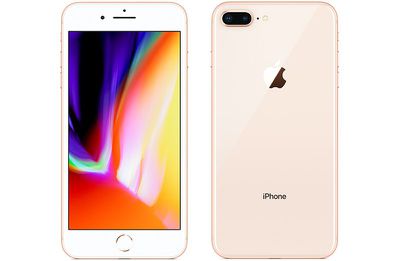 LTE Band 8 will work with the iPhone 5c and up on iOS 10 or higher in Puerto Rico following a carrier update. Band 8 is a 900Mhz band with improved range to better reach cell towers that are located further away.

"We are working with AT&T to activate cellular service for iPhone users in Puerto Rico as the island recovers from Hurricane Maria," read an Apple statement. "Apple engineers have created a special carrier settings update which users connected to Wi-Fi or who are connected to a cellular network will automatically be prompted to download throughout the week. The update allows iPhone customers with iPhone 5c and later models running iOS 10 or higher, to connect to a provisional band on the AT&T network so they can be in touch with loved ones and get services in this time of need."

iPhone owners in Puerto Rico will need to go to Settings --> General --> About when connected to Wi-Fi or cellular to download the carrier update.

Once the new carrier data has been installed, iPhones will be able to use Band 8 where available to connect to cellular towers and Project Loon balloons being deployed by Google to improve cellular service in Puerto Rico.

Following the devastation caused by Hurricane Maria on September 20, much of Puerto Rico continues to be without power, and millions are also without running water. Many areas are also without cellular service and Wi-Fi connectivity with up to 75 percent of antennas currently down, making it difficult for families to stay in touch.

Huracan
Sad to see this turn into a political fight. For those against helping Puerto Rico, what is your other choice, an independent Puerto Rico? As long as Puerto Rico is a US territory the US has a responsibility to it and its citizens, regardless of mayors or governors. To have a president who only seems to be willing to help states that voted for him is a disgrace. Good to see that private citizens are stepping up to help when the administration is refusing to do for racial, cultural or whatever grudge the president has.
Score: 29 Votes (Like | Disagree)

wikiverse
Private companies co-operating to benefit people where the Government has failed.

caligomez
Yessss!! Thank you Apple and (I can't believe I'm going to say this..) AT&T!

It took me more than 30 minutes to open this link, and I live in downtown San Juan! Every little effort helps! Things are tough enough, so internet access keeps us informed and entertained. Woot!
Score: 20 Votes (Like | Disagree)

Carlanga
Nice did the update. Getting 1.4- 2mb IDK what band I'm using of course.
If it wasn't for this post I wouldn't know I needed to go to the about section. The download was automatic once I got there.
Appreciate it MR!
[doublepost=1508543512][/doublepost]

NorCal could use project loon too. Much of the infrastructure near the fires has fallen or burned.

I believe project loon was tested originally in PR a few years ago.
Score: 20 Votes (Like | Disagree)

TheTruth101
I went to church yesterday. We had some doctors in Puerto Rico, they went there to assist. They say the situation is terrible. They were supposed to come back yesterday but the plane was filled with people injured (a big plane) and they had to stay. The emergency power plants of the airport stopped working yesterday too. Those plants are meant to work for a few days or a few weeks. The airport has no power and they were left in the dark. They say FEMA has not being around that area. They are the only doctors to arrive. They do not know what they are going to do or when they are coming back. No power, no communications...
Score: 16 Votes (Like | Disagree)

macTW
NorCal could use project loon too. Much of the infrastructure near the fires has fallen or burned.
Score: 12 Votes (Like | Disagree)
Read All Comments