iPhone Users Will Be Able to Say 'Hey Cortana, Open Alexa' in Future

Amazon and Microsoft today jointly announced that Alexa and Cortana will soon be able to communicate with each other.

Microsoft said the collaboration will allow access to Alexa via Cortana on Windows 10 PCs later this year, and via the Cortana app for iOS and Android at an unspecified point in the future. Similarly, users will be able to access Cortana on Alexa-enabled devices like the Amazon Echo, Echo Dot, and Echo Show.

iPhone users should eventually be able to open the Cortana app and say "hey Cortana, open Alexa," to access Amazon's virtual assistant. Alexa can be used to shop and manage orders on Amazon, ask a variety of questions, stream music and audiobooks, check the news and weather, and many other tasks.

However, iPhone users won't be able to say "hey Cortana, open Alexa" from the Home screen, or when the device is locked. Apple only allows third-party virtual assistants to function within their apps, so accessing Alexa via Cortana will be a lot more cumbersome than simply using Siri.

Alexa can already be used in the Amazon app on iOS [Direct Link], while Cortana has been available on the App Store [Direct Link] since December 2015.

AngerDanger
For the first time, you'll actually be able to play the telephone game… with your phone.

"Hey, Cortana, ask Alexa how the weather is going to be today."

"Here is the atomic structure of ether: 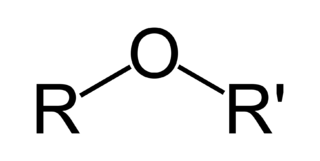 Maetzle
"Hey Siri, open Cortana app and tell Alexa to start playing my lounge playlist on my Sonos in the living room."
Score: 15 Votes (Like | Disagree)

An actual advantage of AI over your wife and girlfriend(s)

Chupa Chupa
So now we have a family of bots? Gives new meaning to the term "dysfunctional family."
Score: 8 Votes (Like | Disagree)

An actual advantage of AI over your wife and girlfriend(s)
Score: 7 Votes (Like | Disagree)

Rogifan
OK I’m confused. Why do you need Cortana to access Alexa? If Alexa has to be accessed via an app why not an Alexa app? What am I missing?
Score: 5 Votes (Like | Disagree)
Read All Comments