Twelve South today announced the launch of the Curve, a new stand based on a simple, classic design.

Described as an "elegant" stand that's designed to complement the lines of an Apple notebook while elevating it to an ideal angle, Curve comes in a matte black aluminum that matches well with the Space Gray MacBook models.


Curve elevates the screen by 6.5 inches while keeping 70 percent of the base of the MacBook exposed through its open bottom, which allows for better cooling.

According to Twelve South, the Curve is based on the iCurve, the first stand ever designed by Twelve South co-founder Andrew Green back in 2003. The new design is also meant to pay tribute to Apple Park, Apple's new campus that houses a ring-shaped main building. 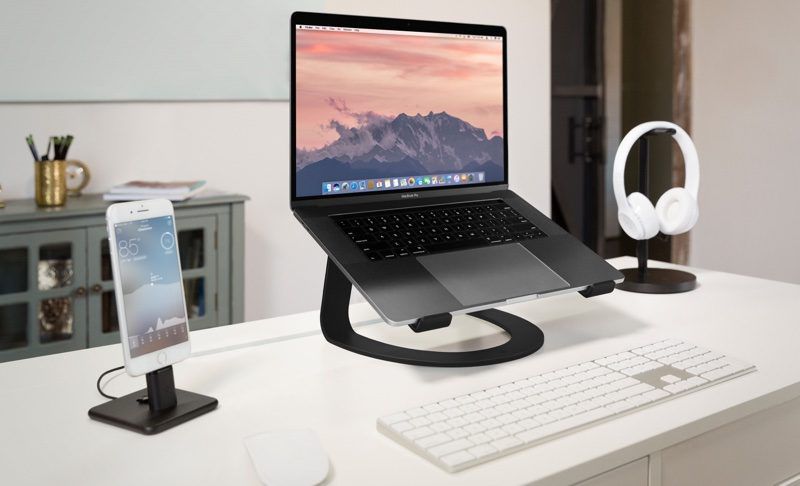 I knew someday I wanted to refresh the classic design for the modern Mac universe. In thinking about bringing it back to market, I visualized Curve as a thin metal ribbon - kind of like a Möbius strip. Utilizing aluminum with a matte black finish, Curve is a fresh remix of the original classic that looks simply stunning, especially when supporting the new Space Grey MacBooks.

Curve weighs in at 1.43 pounds and is a desktop accessory that's designed to work with the latest MacBook and MacBook Pro models.

Curve can be purchased from the Twelve South website for $49.99. It's also available from some Best Buy retail locations.

Dilster3k
Would've been nice if the stand incorporated some sort of mechanism to run cables through and attach them, to clean the look up. 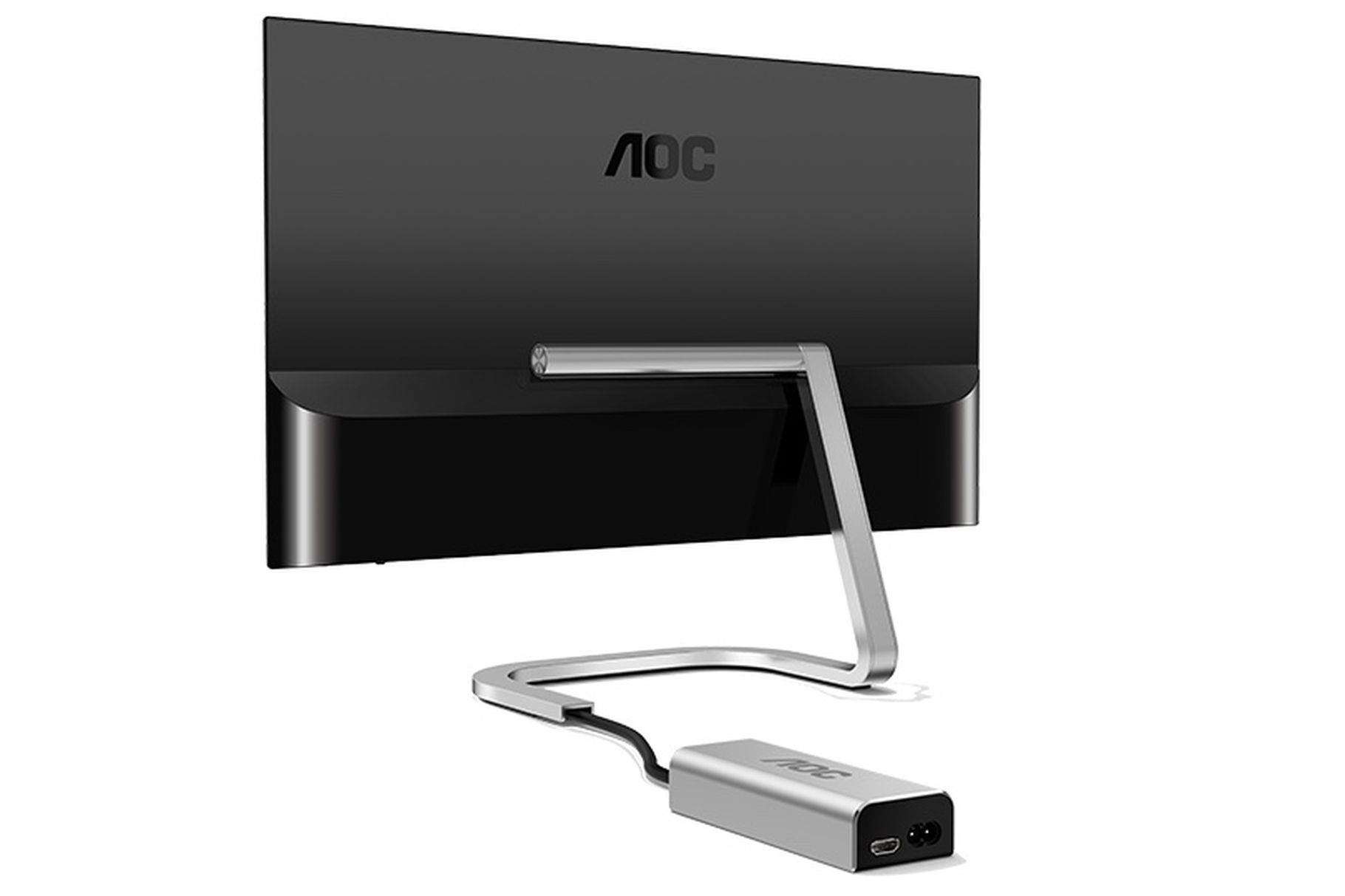 bladerunner2000
Meh. Rain Mstand has been out forever and looks much sturdier 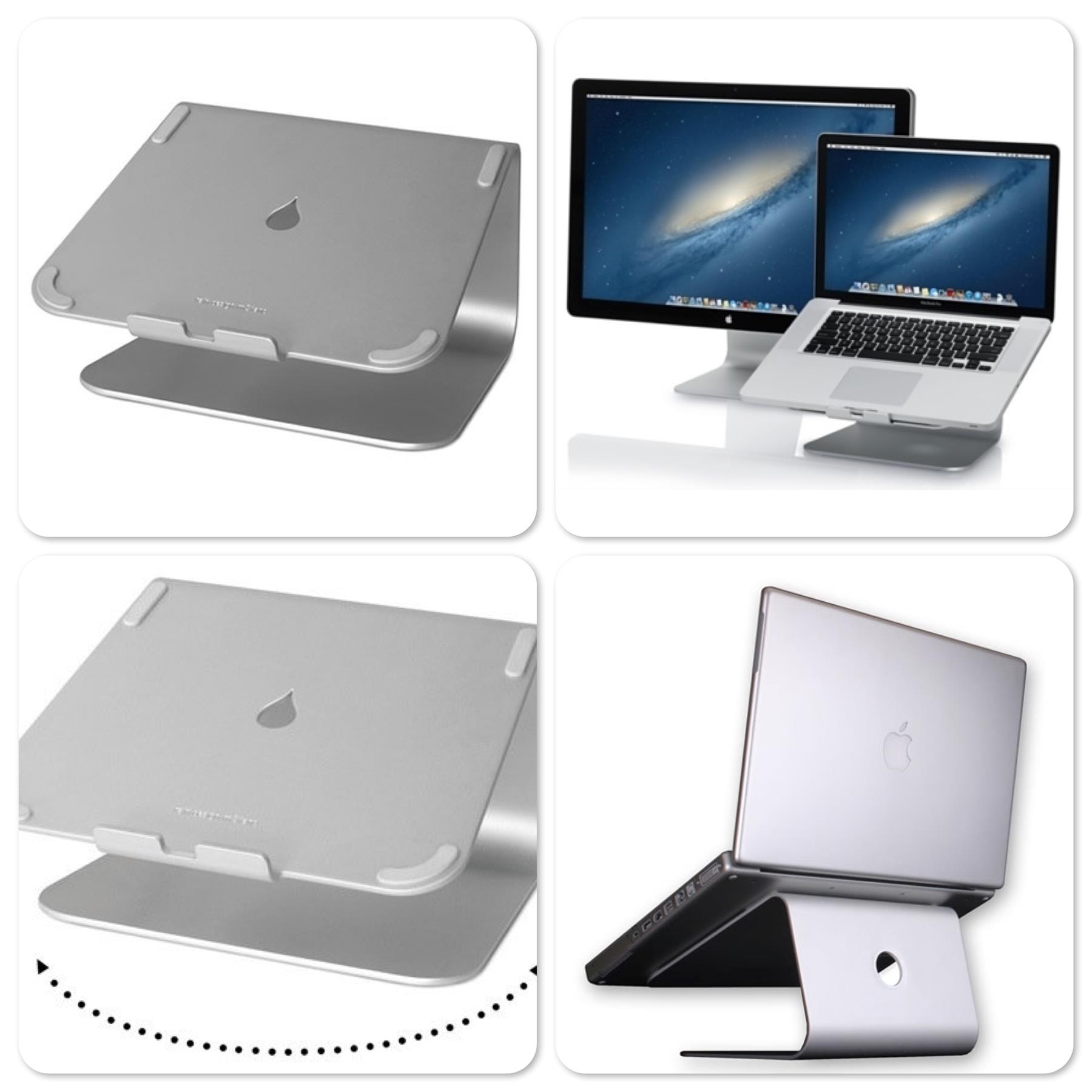 Chancha
I actually bought the originally acrylic iCurve stand in 2003 and am still using it. Over its lifetime I already went through iBook G3, MacBook black, unibody MBP, and then a retina 15", and it still stands perfectly upright while looking gorgeous. There is something beautiful about its design, which I think the later versions never manage to match. 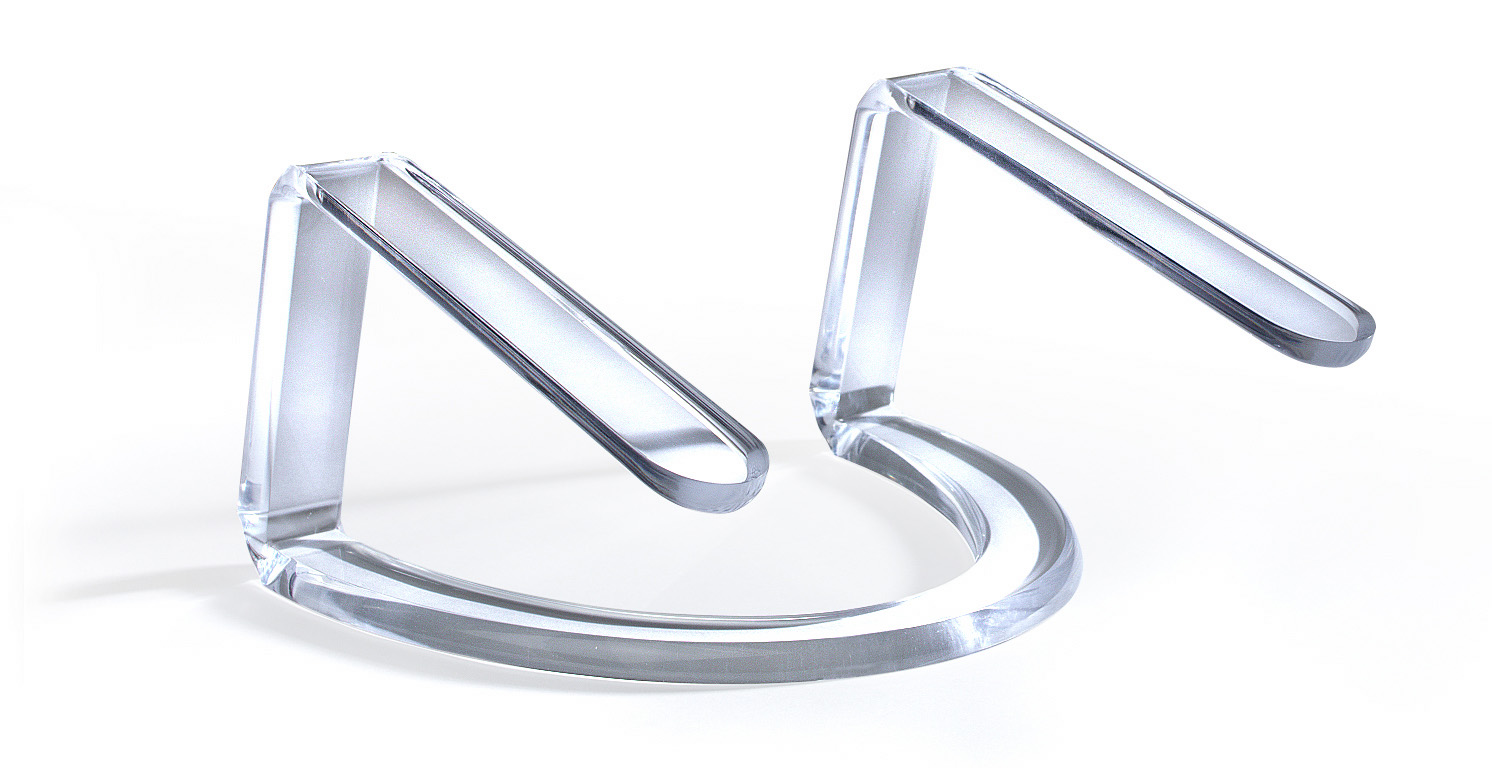 
Twelve South makes very nice products that are durable and well constructed. There are cheaper options, but you will receive cheaper results in return.
Rating: 2 Votes

longofest
I still own my iCurve, though I don't use it actively.
Rating: 2 Votes

I knew someday I wanted to refresh the classic design for the modern Mac universe. In thinking about bringing it back to market, I visualized Curve as a thin metal ribbon - kind of like a Möbius strip. Utilizing aluminum with a matte black finish, Curve is a fresh remix of the original classic that looks simply stunning, especially when supporting the new Space Grey MacBooks.

You think? I don't get it - I can easily work all day at a desk with my MacBook if I need, my problem is I can't sit with my legs on the floor and I end up sitting cross legged on a chair. I've certainly never felt the need for my 27" iMac to be higher either, I think Apple did the perfect job with the stand height on that.

I've just seen these sort of stands and always thought they were stupid - like a display stand for the MacBook. I'd also hate to have a 15" screen (and a 13" even worse) that far away, never mind my neck, the squinting!

Hey, we're all different though - but it's about the only TwelveSouth product i'd never use or have use of, even if it was given to me for free.

(P.S. and yes I use the touch bar, it's no game changer, but I miss it when I go back to using the iMac and it's great with BetterTouchTool which lets you basically program your own one touch button scripts)


Heh, yea, I guess. Maybe it's because I'm pretty tall? Ergonomically, the top of the screen is supposed to be straight out at eye level, just FYI. Though I don't know how/why they determined that. :)

The distance would be a problem on a small screen like that for me too, at least for my primary display, but might be OK off to the side as a secondary monitor. I also prefer an external keyboard, as laying my wrists across the sharp MB edges, for long, I hate, and I *much* prefer a mouse to trackpad!

re: touch bar - I suppose I'm just going to have to get over it at some point, as I'm sure Apple will put them on everything at some point. I guess I could put up with esc and volume there, as that's mostly what I use function keys for anyway. I just have no current want/use for it.

With my hands on the keyboard and/or mouse, it would be an inefficiency to reach up and twiddle some graphic image on that bar, IMO. The only way it saves time, I suppose, is when using only the laptop where you don't have screen space to have certain controls on-screen. Then, I suppose, it's easier than going to a menu to display the control and dismissing it.

That said, I only use my laptop as a laptop probably 25% of the time or less.... but need it when traveling.

And back in the day, I used to just use a very large old dictionary, which also did the trick wonderfully.

zantafio
You know what else is ridiculous besides a $49 price tag? A stand for headphones. It's completely useless and pointless.
Rating: 1 Votes
[ Read All Comments ]