Last month, Apple supplier Japan Display reportedly asked local banks and its own shareholders for around $897 million to fund part of an "extensive" restructuring effort of its business, which would see the supplier's manufacturing output shift from LCD to OLED panels. Now, the company is said to be seeking an outside partner to help pay part of the funds (via Nikkei).

Japan Display is facing a troubled time due to its speciality of making LCD displays in an era when companies are slowly shifting to OLED-only smartphones, including its main customer Apple, so the restructuring money will go towards installing OLED panel lines at some of its plants. 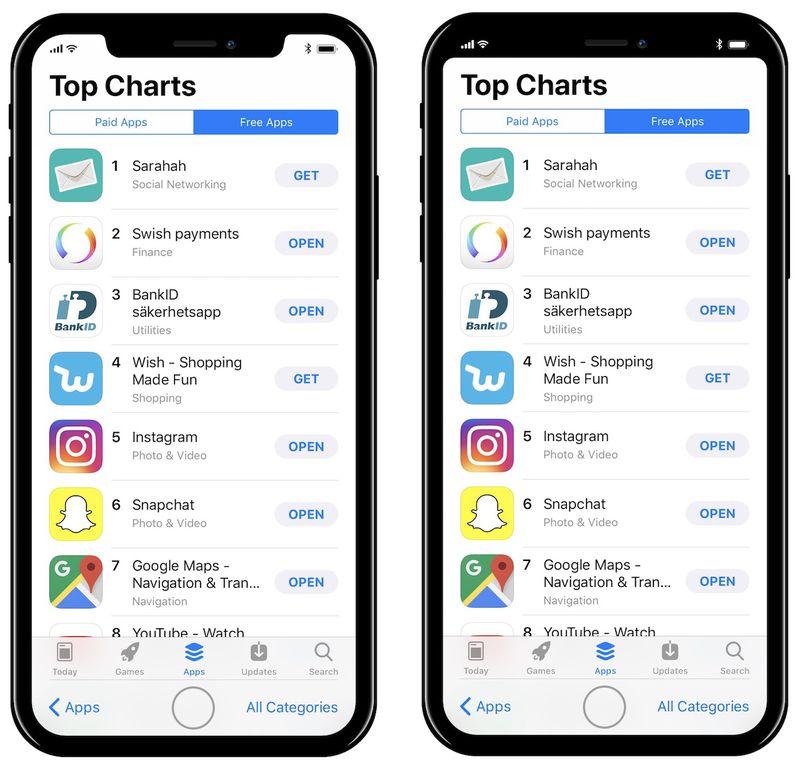 Japan Display is looking at investors both locally and abroad, who could both "shore up its shaky financial base" as well as help out with running manufacturing operations in the shift from LCD to OLED production. Its decision on an outside partner is said to be planned for "as soon as next year."

Smartphone makers including Apple, its largest customer, are increasingly turning away from LCDs and toward state-of-the-art organic light-emitting diode displays, where the Japanese company lags far behind South Korean rivals.

JDI, as the company is also known, has drawn up plans for extensive revamping in response, and is on the hunt for investors at home or abroad that can help shore up its shaky financial base and lend a hand in running operations.

Japan Display will begin with a cut back on LCD production as well as laying off "more than 3,500 workers" at parts assembly plants in China and the Philippines. In Japan, the company will initiate an "early retirement program" for 250 volunteers. LCD-focused plants, including a central location in Japan, will completely halt production and be repurposed for OLED panels, while the remaining workers will be transferred to other factories.

The cost of Japan Display's restructuring plans is estimated at around $1.35 billion, with many market watchers expecting the supplier to end its next fiscal year with another monetary loss, "marking the company's fourth straight year in the red." For its bank loans, three local banks have agreed to extend Japan Display new lines of credit worth about $997 million.

Other Apple suppliers have already begun making OLED panels, including the current leader in the field, Samsung Display, and up-and-comer LG Display. Apple itself is said to be investing in LG Display's OLED production, with the hopes that it can lessen its reliance on Samsung as it shifts to OLED-only iPhones in 2018 or 2019.

For Japan Display, the company's planned shift to OLED began with a report from December 2015, where it cited a plan to begin mass producing OLED panels for iPhones by spring 2018. Then, in November 2016, the supplier sought a government-backed fund to improve its LCD technology and introduce OLED lines at its plants.

EightyTwenty
OLED is the future, but God that iPhone 8 concept is fugly.
Rating: 3 Votes

So the main advantage and why we see Apple investing in this is for brighter displays at lower power? Though as far as I understand, with OLED, when it's black, the pixel is actually turned off, so there's no blacker anymore, how does this translate to mLED?


OLED and mLED are both LED, so they have the same display characteristics and advantages over LCD. Fully off is black. Wide display angles. Etc.

The main difference is:

- OLED is made from organic materials like polymers that are carbon and hydrogen based. Commonly used in high resolution flat displays from watches to smartphones to TVs.

To actually qualify as "microLED", each inorganic LED is supposed to be 100 microns in diameter or less. If it were possible to jam them side by side, that's roughly 250 PPI. In real life, commercial mLEDs are still around 150 microns and used at more like 5-25 PPI.

While one-off experimental mLED displays have been made at 1000 PPI and higher, they're also fingernail sized and single color.

Currently the search is on for a breakthrough method of making mLED panels on a scale and resolution that would make them competitive with OLED at even a watch sized display. But so far they've been commercially viable only for wall sized displays made up of relatively large pixel blocks at a very low PPI.
Rating: 2 Votes

Hmm, anyone can enlighten me why mLED will be better than OLED? I thought mLED is a similar but not quite in terms of feature and is a cheaper version of OLED?

A few years back, mLED offered higher brightness at lower power. It still can, but OLED is constantly improving, and the difference for the extra cost might never be worth it.

This is a good link, IMO. Think in terms of photography. With the display being 'Sharper' along with the color and efficiencies that come with OLED. :apple:


That article, like most others people quote, is about using MicroLEDs in billboard sized displays.

The article is excited about a 4mm dot pitch. That's about 6 PPI. Six. IIRC, even the highest density mLED TV made so far was only about 40 PPI.

Compare that to the 300 PPI in a typical "retina" display. Or the Samsung Galaxy 8 with 571 PPI in its OLED screen.

"Micro" is a very misleading adjective at this point in its mass manufacturing stage.
Rating: 2 Votes
[ Read All Comments ]