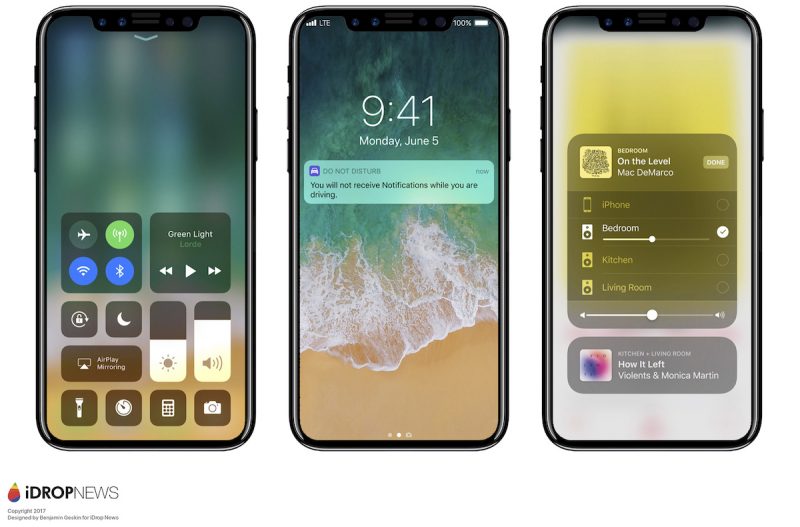 The report, citing unnamed industry sources, suggests the tentatively named A5 factory could begin mass production in 2019, with a peak yield of between 180,000 and 270,000 display panels per month.

Samsung Display has reportedly also been expanding its existing A3 plant since the second half of 2015 in order to fulfill demand for OLED displays from both its sister company Samsung Electronics and Apple.

Apple is widely rumored to release its first iPhone with an OLED display, known as the "iPhone 8" for now, later this year. Reports claim Apple has ordered between 70 and 92 million OLED panels from Samsung for the device.

An earlier report out of Korea claimed Apple aims to switch its entire iPhone lineup to OLED displays by 2019.

ILuvEggplant
Like them or not Samsung make great displays and this is only good news for Apple and fans alike.

After they stop portraying Apple users as imbeciles in their ads.


They may have gotten that idea from Apple making fun of PC users.
Rating: 5 Votes

Like them or not Samsung make great displays and this is only good news for Apple and fans alike.


After they stop portraying Apple users as imbeciles in their ads.
Rating: 4 Votes

Avieshek
But by 2019, wouldn't microLED be the next big thing? Doesn't seem a secured long term investment.
Rating: 4 Votes

But by 2019, wouldn't microLED be the next big thing? Doesn't seem a secured long term investment.


It might be the next big thing by then for displays the size of a wrist watch.

After they stop portraying Apple users as imbeciles in their ads.


They weren't mocking all Apple users. Just the poseurs. (e.g. "I buy Apple because I'm creative". response: "Dude, you're a barista!")


Just as you thought Samsung's sense of humor was too on point, a lot of people thought Apple insulted them by using a dumpy actor for the PC. Yes, some of us know they meant the computer, but many people didn't see it that way.
Rating: 3 Votes

But by 2019, wouldn't microLED be the next big thing? Doesn't seem a secured long term investment.

I think it seems like a very secure long term investment. Tech advances roll down hill. Remember, Samsung not only supplies Apple but a lot of other OEM's as well. MicroLED might be the next big thing, but it takes time for ubiquitous adoption. OLED still hasn't reached ubiquity on phones. Tons of opportunity still exist. There are still phones using LCD panels. As OLED becomes even cheaper at scale, OEM's can take advantage of the cost savings and energy efficiency of the panels. OLED becomes the default panel for lower, mid tier phones, and some lesser flagships. mLED (once scale is achieved) is probably going to be the sole provenance of Apple, Samsung, maybe Google, and LG for a while due to cost. It's probably going to take years for mLED to reach the marketshare required to make it a less prohibitive option based on cost.
Rating: 2 Votes

RobertMartens
So Samsung will need to have 28 of these factories to meet Apples order?