In addition, on any app where Plex Live TV is available, Plex Pass users will be able to use a new "Time Shift" feature, meaning they can scrub back and forth through any live broadcast, as well as pause it. 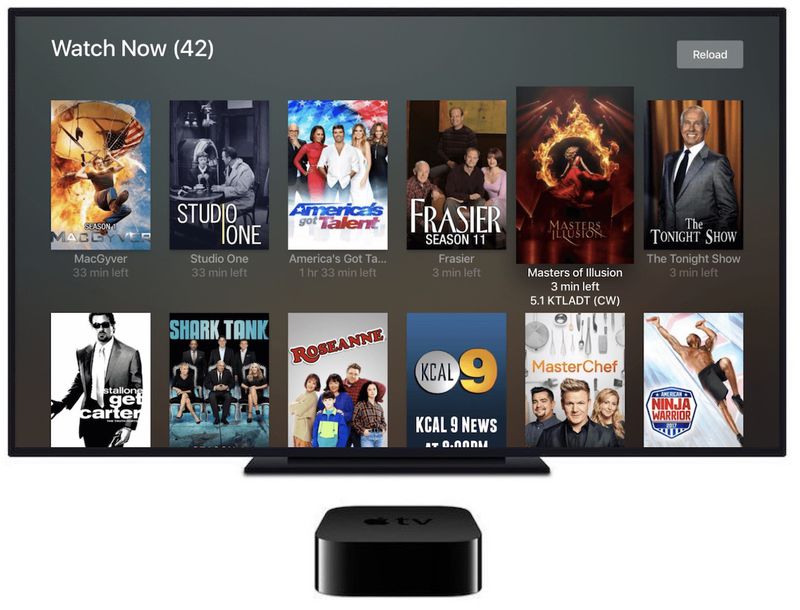 We can’t quite include a TARDIS with your Plex Pass yet, but we can do the next best thing, which is allowing you to time shift Live TV! That’s right, with our latest enhancements, you can now time-travel (well, pause or skip around) when watching Live TV. No longer will you be forced to choose between getting more Cheetos and seeing who gets voted off the island. Life is hard enough.

Plex Pass subscribers can watch live HD content on channels available over-the-air, including major US networks like ABC, NBC, CBS, FOX, and CW, as well as local programming, news, and sports. For apps that support DVR, Plex also said that the feature is officially out of beta.

For a list of compatible tuners and antennas that enable Plex's live broadcasting and DVR features, check out the company's list here. The Plex app is available to download from the iOS App Store for free. [Direct Link]

WBRacing
Bought a Lifetime Plex pass in their earlier days. Have not once regretted it and still think it was amazing value.
Rating: 7 Votes

Bought a Lifetime Plex pass in their earlier days. Have not once regretted it and still think it was amazing value.

Same here. I bought it back when spending $74.99 on something like Plex seemed steep, but I've never regretted it.
Rating: 1 Votes

profets
Been testing this out on the iOS apps, pretty cool. At home and office I've basically only been using Plex/Apple TV as well as OTA channels for the odd live event. Nice being able to catch any of the OTA channels within Plex now. Even nicer how well it ties into the UI with full metadata.
Rating: 1 Votes

FWIW I was able to accomplish watching live OTA HD channels on my Apple TV by purchasing an HDHomeRun and the Channels app. The HDHomeRun also allows me to watch live TV on my iPhone and the Apple TV simultaneously (great for bathroom breaks).

I already had an HD antenna, but I bought an HDHomeRun used on eBay for $80 and paid $25 for the Channels app in the Apple TV App Store. No subscription needed!

Right. Subscription only needed for the Channels DVR.
[doublepost=1501698548][/doublepost]

I'm very jealous. I had the exact same setup in Boston and it worked flawlessly. I moved to Santa Barbara recently and found that Cox (the only cable provider available to me) slaps DRM on all channels but locals. The result: Channels won't work on anything but local channels. I was forced to sell off all my HDHomeRun Prime tuners and return to TiVo (of which I am NOT a fan). Apple TV + Channels + HDHR Prime is a flawless solution...provided DRM doesn't get in the way.

I'm assuming Plex has the same issues with DRM'd content, but I don't know that for sure. Can anyone confirm?

I can't test DRM since all of my FIOS Channels do not have DRM. But 99.99% sure PLEX does not support DRM.
Rating: 1 Votes

Drzed
Before people waste their money on the Plex Pass expecting a great DVR experience on their Apple TV.

-it's currently so buggy that watching Live TV will crash out within 10-15min
- skipping back and forth using the remote barely works.
-you can't see a program guide
-you can't start a recording
-you can't watch a recording in progress
-you can't check the recording schedule

Among many other missing features...

I don't really understand what is meant by "although the app will lack DVR support". DVR has been supported in Plex for a long time, I'm able to watch shows recorded via Plex DVR on the existing Apple TV client. Do they just mean you can't schedule new recordings from the Apple TV app?


I was thinking the same thing
Rating: 1 Votes
[ Read All Comments ]