LG is said to be manufacturing the Google Pixel XL 2, which features a design that's curved like the original Google Pixel. It continues to offer a rear fingerprint sensor (now located in the aluminum portion of the device) and a large single-lens camera, eschewing the dual-lens camera trend. 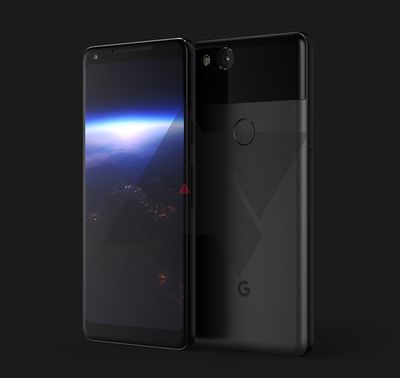 Rendering created by Android Police
The XL version, which is the only version covered in the leak, offers a 6-inch LG-made display with a 2:1 aspect ratio, rounded corners, and a "minimal bezel." Design wise, it could look a little like Apple's rumored iPhone 8, which is also expected to have a longer design with much thinner side and top/bottom bezels. Current iPhone 8 leaks suggest Apple's device will have little to no bottom bezel and a smaller top bezel, however.

Most notably, the 2017 Pixel XL is rumored to include a "squeezable" frame like the recently launched HTC U11. The technology will let Pixel users squeeze their handsets to activate Google Assistant "in various ways."

In the HTC U11, the "Edge Sense" feature lets people use a squeeze gesture to activate pressure sensors that can turn on the flashlight, launch the camera, take a photo, or launch Google Assistant.

It's not clear when Google's second-generation Pixel XL device will be released, but the original version was unveiled in October of 2016, so a fall release date could be planned. If that's the case, the Pixel XL will launch during the same time frame as the iPhone 8 and could be one of the device's main competitors along with the already-available Samsung Galaxy S8 and the yet-to-be announced rumored Galaxy Note 8.

AngerDanger
If they release an API for developers, expect the Play Store to get flooded with tons of digital versions of these things: 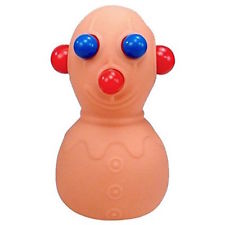 826317
If I were Google I'd focus on trying to put that finger print sensor underneath the glass as opposed to the back, like Apple are trying to do instead of adding gimmicks like this to their device...
Score: 16 Votes (Like | Disagree)

mlody
What's next? Bending, spitting or pissing on a phone to activate a feature? A stupid gimmick is a stupid gimmick.
Score: 10 Votes (Like | Disagree)

It's only slightly less useful than Apple's 3D Touch.
Score: 9 Votes (Like | Disagree)

Eh, people said many things were a stupid gimmick that were new features and turned successful. At least it's not a feature that every phone has on the market. People said Retina screens were stupid, now look.

sp3k0psv3t
Not that useful really but cool progress.

At least making an effort.