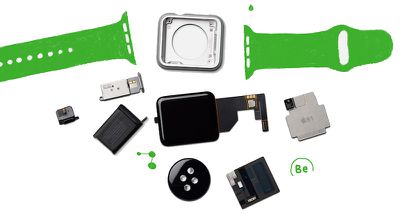 Apple reportedly said it plans to use the proceeds to finance projects involving renewable energy resources and energy efficiency, including advancing its goal of achieving a closed-loop supply chain, through which products are made using only renewable resources and recycled material.

By turning to the debt market, Apple is able to fund its sustainability initiatives without tapping into its offshore cash reserves. Those dollars would be subjected to a 35 percent corporate tax rate if they were repatriated in the United States.

U.S. President Donald Trump has reportedly proposed offering a one-time tax holiday where companies like Apple can repatriate large amounts of foreign cash at a reduced tax rate of between 10 and 15 percent. But, as of this month, the relevant corporate tax laws have yet to be reformed in the country.

Apple's bond offering comes just two weeks after Trump withdrew the United States from the Paris climate accord, an agreement signed by over 140 countries that vow to reduce greenhouse gas emissions in an effort to mitigate climate change. Apple CEO Tim Cook said Trump's decision was "wrong for our planet."

An excerpt of Cook's internal memo to Apple employees:

Climate change is real and we all share a responsibility to fight it. I want to reassure you that today's developments will have no impact on Apple's efforts to protect the environment. We power nearly all of our operations with renewable energy, which we believe is an example of something that's good for our planet and makes good business sense as well.

Apple's preliminary prospectus supplement filed with the Securities and Exchange Commission today confirms the bonds will mature in 2027. The sale was arranged by Goldman Sachs, Bank of America Merrill Lynch, and J.P. Morgan.

By turning to the debt market, Apple is able to fund its sustainability initiatives without tapping into its offshore cash reserves. Those dollars would be subjected to a 35 percent corporate tax rate if they were repatriated in the United States.

I would say Apple's decision to keep money offshore is "wrong for our country"
Score: 16 Votes (Like | Disagree)

Good step by Apple! Lots of material to recycle, due to Apple's planned obsolescence .

Apple's products last the longest on the market compared to the rest of the industry, yet they're the only ones who get flack for 'planned obsolescence'.
Score: 16 Votes (Like | Disagree)

magicschoolbus
So instead of the government paying for the climate agreement and more jobs headed to China, Trump got private industries to be more responsible as a result.

Good step by Apple! Lots of material to recycle, due to Apple's planned obsolescence .

Yes, because a company that goes for "planned obsolescence" would totally support their smartphones and tablets with updates longer than any other company. Never mind how most Macs have a reputation for long lasting performance and durability. Just take a look at all the people on these forums that use six and seven year old Macs, sometimes even older.

DevNull0
This is so sad, pathetic, and funny, coming from Apple.

Make your stuff just a little more upgradable to increase its life and you'll do a lot more for the environment than a $1 billion bond ever could.

Reduce is a lot better than recycle but goes against every fibre of Timmy's tiny little heart.
Score: 11 Votes (Like | Disagree)