Thursday March 2, 2017 1:26 pm PST by Juli Clover
Spotify this afternoon announced that it has hit a new milestone, reaching a total of 50 million paying subscribers. That's up from 40 million in September, suggesting Spotify is growing at a rapid pace despite the surging popularity of Apple Music. 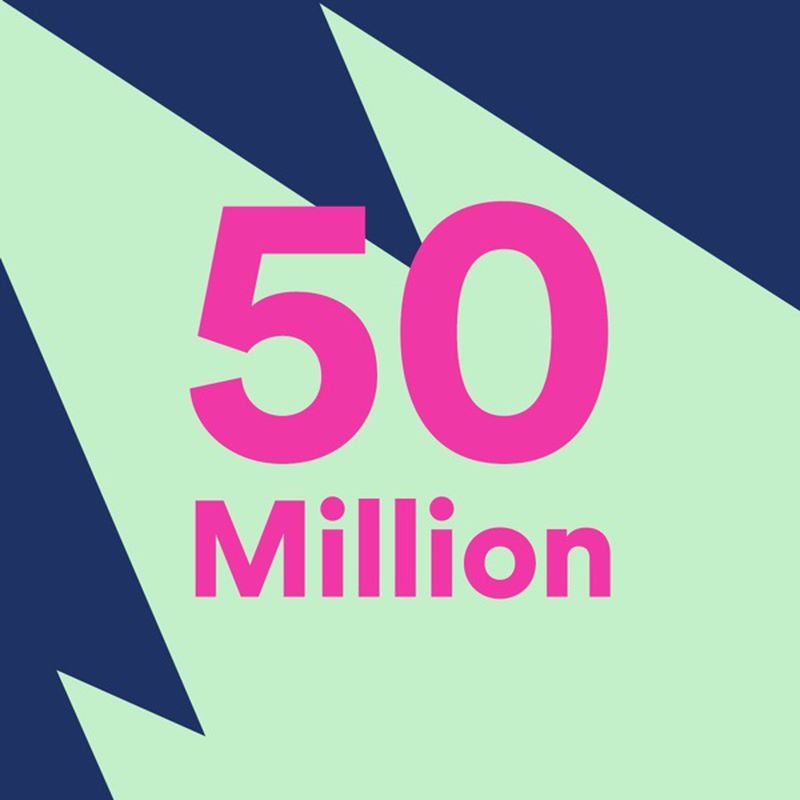 Thank you to our 50 million subscribers. #Spotify50 pic.twitter.com/eXkOV71bwu


Spotify is Apple Music's staunchest rival and over the course of the last year, the two music services have clashed several times due to Apple Music's tactic using exclusives to lure new customers. Spotify in August made headlines when it allegedly started punishing artists who agreed to Apple Music exclusives, displaying their content less prominently and offering fewer promotional opportunities.

Spotify denied the claims, but the relationship between the two has grown increasingly heated as Apple Music's popularity grows. Both services are now testing new features and subscription models to attract new users.

AppleFan91
Interesting. I like Apple Music a lot personally and it's good to see Spotify growing as well. This will lead to competition and improvements which ultimately benefit the consumer.
Rating: 19 Votes

Corrode
I'm quite happy with Apple Music but find Spotify very tempting. Better playlists (imo) and user-curated and shareable playlists, direct to Sonos support, and now this lossless function are all things I wish Apple Music had.
Rating: 13 Votes

Neil Cybart (Very smart apple analyst) made a note on his podcast that "paying" includes people who got Spotify for free because they subscribed to the NYTimes.

If that is the case then the number Spotify gives is not nearly as valuable as it would seem on the surface.

a.gomez
There is no competition - right back to spotify after trial - it really is the best service hands down. I have a family plan with 3 members... Not sure how that works when they count.
Rating: 12 Votes

There is no competition - right back to spotify after trial - it really is the best service hands down. I have a family plan with 3 members... Not sure how that works when they count.


I don't know about mostly. They aren't a new company with a ton of promotions out there anymore. They have 30 million more than Apple. That's a lot.


Well, Apple Music is good. Spotify is good too. They're both good!

Not so long ago, there was no legal way to listen to an album, a band, or even a song, without buying the single or album — or hoping the radio plays it.

It's much better now. I love how easy it is these days for people to legally discover and listen to new music. And sure, it may not financially benefit the artist as much as they'd like.

But simply a confirmed number of song plays on a streaming application is infinitely more tangible than an album floating on a torrent website.
Rating: 9 Votes

B.K.
I will never directly pay for a music subscription service. That being said, I am an Amazon Prime member. I dowloaded their music app, its pretty good.
Rating: 7 Votes

I'm curious. Why not pay for the music subscription?

I do not listen to music enough to justify subscribing. Plus, I already have a large collection of music that I can listen to when I do feel like listening.
Rating: 6 Votes

Anybody have any numbers for Google Play Music? Can't find it for some reason...


its an odd thing. Google Never ever releases numbers on GPM. I honestly don't expect ti to be in the top 5 of streaming services. While it's available for all platforms, Google does almost nothing to advertise it's existence.
Rating: 5 Votes

it's clear even from their tweet. It's mostly free promotions from carriers, etc, good to inflate the upcoming IPO offer.

Anyway, let's not act as if it isn't common practice to include offers and promotions. I doubt Apple excludes them in their 20m number either.
Rating: 5 Votes

Reasons ?
Spotify has the better UI and a much better recommendation and channel system.
Rating: 5 Votes