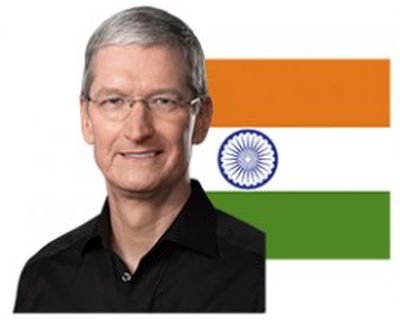 Apple is seeking financial incentives within India to make it easier to build a new manufacturing plant within the country (via The Economic Times).

The company has asked for incentives specifically from the Department of Revenue and the Department of Electronics and Information Technology in India as a way to offset the high cost of building an entirely new iPhone manufacturing unit in the country.

Throughout the year, Apple struggled with India's local sourcing laws, which requires 30 percent of goods sold by a foreign company to be manufactured or produced within India, a law which also hampered Apple's retail expansion because it creates most of its products in China. Over the summer, Indian Prime Minister Narendra Modi made it easier for Apple to expand its retail stores in the country by approving a three-year extension on the local sourcing laws because of its single-brand company status selling "cutting-edge technology."

These various extensions will only last for a few years, however, so Apple's seeking of financial incentives for its new manufacturing plant proves its long-term goal to have a consistent presence within India.

"They are doing their due diligence from quite some time. The Department of Industrial Policy and Promotion (DIPP) will write to both the departments regarding this communication for their views," the official added.

At present, to boost electronic manufacturing in the country, the government provides benefits under Modified Special Incentive Package Scheme (MSIPS). The scheme provides financial incentives to offset disability and attract investments in the electronics hardware segment. It also gives subsidy for investments in Special Economic Zones, among other benefits.

In the midst of Apple's struggle to expand in India, a report from Strategy Analytics in August described a drastic percentage dip in iPhone users from 2015 to 2016, with 35 percent fewer iPhone devices sold this year. One reason for its deflating sales in the country, according to Tim Cook, could be the fact that iPhones are too expensive in the country, priced around 31 percent higher than they are in the U.S.

Hah, Apple, the company that's sitting on $200+ BILLION, is asking a poor country for financial incentives, where the vast majority of people live in poverty, so they can build a factory and exploit those people to make iPhones that they won't be able to afford anyway.

Timmy, give your head a shake... Build a factory if you want, you have the money to do it.

It's not like Apple is going in and saying "gimme ABC and XYZ incentives and we will build a manufacturing plant in your country". To be honest, it's not like they could if they wanted to do so. In India, Apple isn't in a position to dictate terms. India doesn't need Apple. Apple technically doesn't need India either. But make no mistake, Apple desperately wants India.
Score: 6 Votes (Like | Disagree)

HiVolt
Hah, Apple, the company that's sitting on $200+ BILLION, is asking a poor country for financial incentives, where the vast majority of people live in poverty, so they can build a factory and exploit those people to make iPhones that they won't be able to afford anyway.

Timmy, give your head a shake... Build a factory if you want, you have the money to do it.
Score: 5 Votes (Like | Disagree)

It's not like Apple is going in and saying "gimme ABC and XYZ incentives and we will build a manufacturing plant in your country". To be honest, it's not like they could if they wanted to do so. In India, Apple isn't in a position to dictate terms. India doesn't need Apple. Apple technically doesn't need India either. But make no mistake, Apple desperately wants India.

Once again my friend, you are a voice of sense and logic amongst a lot of vitriol floating around here....

A lot of people think India is going to Apple with a begging bowl. That's totally not the case. It is more of Apple making the right noises to gain access to the Indian market..

A lot of people complaining about Apple and how it wants to exploit poor labour, are in fact insulting intelligence of hundreds of millions of Indians. Indians are quite business savvy and can hold their own when it comes to negotiating with multinationals. Some of the people posting on here & trying to protect the 'poor indians' should sometimes visit India and understand what the country is all about...
Score: 4 Votes (Like | Disagree)

I wonder how that Mac Pro factory in the US is doing. 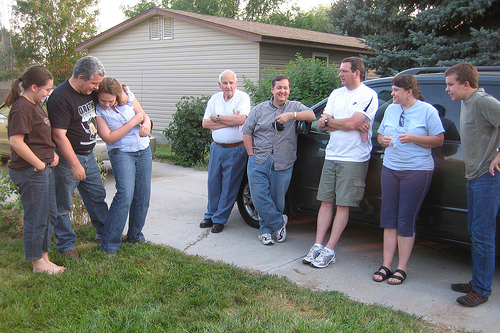 NT1440
And the next stage of multinational globalism begins. India will soon be what China was 10 years ago, as the Chinese workers start to demand higher wages as the country continues to ascend financially.

What does it say when like clockwork, and all predictions, the assembly firms of the world continue to chase down labor markets that will accept a pittance for wages. Can we admit that without labor controls domestically (regardless of nation) your country's labor force is vulnerable (and therefore more willing to give in concessions while corporate profits are historically high) to outsourcing?
Score: 2 Votes (Like | Disagree)

thisisnotmyname
Economics are not a zero sum game. When manufacturing jobs went to China the USA did not become China economically, other sectors continued to expand and our country continues to have a very high standard of living on a global scale. China has already seen a great deal of flight as well, to Malaysia, then Viet Nam; there's great interest (particularly by the Chinese somewhat ironically) in sub-Saharan Africa now. This movement from China to other labor markets has been going on for over a decade and (despite some turmoil lately with many other causes) you didn't see China collapse - to the contrary they continued to grow greatly (possibly into a bit of a bubble which is now correcting). Chasing labor markets doesn't have to detract from the prior manufacturing centers, instead it can be a kickstart to building critical momentum in these developing nations that then allows them to maintain a higher standard of living across the board when the next market becomes the hot zone.
Score: 2 Votes (Like | Disagree)
Read All Comments