Available in black or silver, the Fermata is crafted from aluminum and is designed to house a set of on-ear or over-ear headphones such as Apple's Beats Solo2 and Solo3 wireless models. The headphones rest on a leather-covered hook, which is designed to make sure the headphones don't rub against anything. 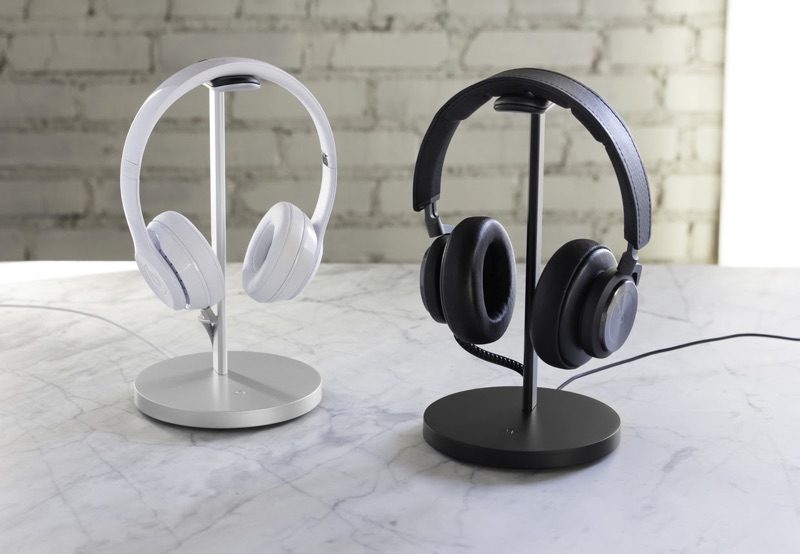 The Fermata is more than just a simple stand -- it can also charge headphones. There's a reversible micro-USB connector built into the arm of the Fermata, which can be pulled out to connect to headphones that are charged via USB. When not in use, the charging cable tucks back into the back of the stand. 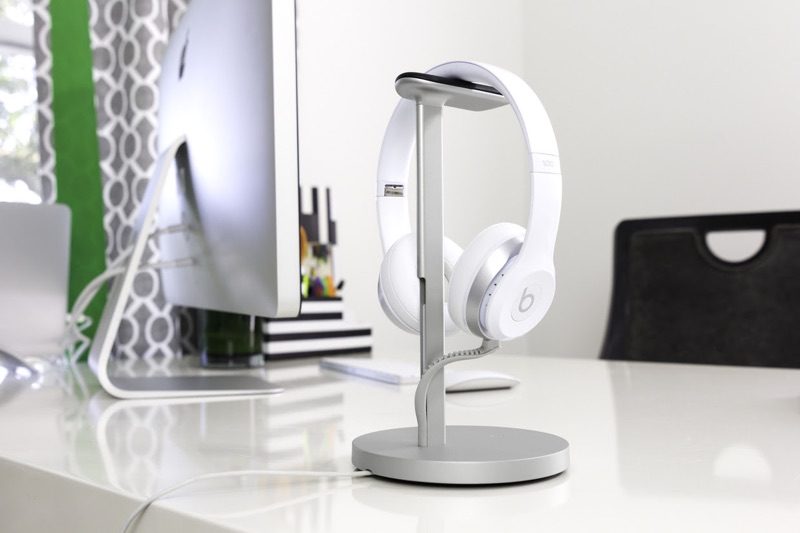 If you don't have wireless headphones, the Fermata can still serve as a standard stand, as there's an optional accessory that allows you to wind up a headphone cable to keep it out of the way when not in use.

An extra USB port is included at the base of the Fermata, which is able to charge an iPhone or iPad, so you're getting two devices charged from a single outlet. Extra cable is wound into the base of the stand, so there's no clutter of wires on your desk. The Fermata itself charges via a standard wall outlet with an included AC wall charger and a two-meter charging cable. 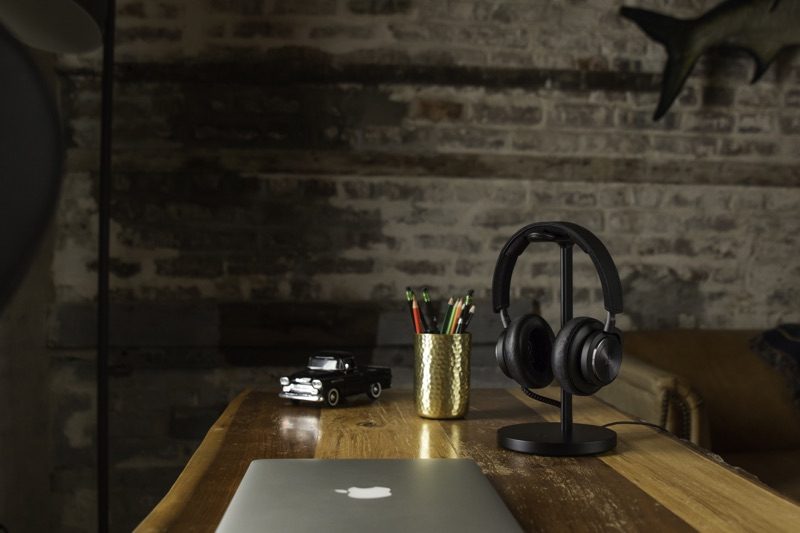 Twelve South's Fermata headphone charging stand is available for purchase in the United States and Japan starting today from the Twelve South website. It's priced at $79.99. An international version will be available in the future. Dormammu
I've found most of this company's products to be a bit over priced. For me at least.
Rating: 2 Votes

HopefulHumanist
Was kind of interested until I got to the price
Rating: 2 Votes

Am I the only one who can't stand how 12 South phrases their product launch emails as if they're some historic event being reported on by esteemed journalists? Seriously, I want to punch whoever it is there that feels the need to start everything with "Charleston, SC, Month XX, 20XX -"


It sounds like you may have a little pent up aggression. Getting to the point, the fact that Twelve South includes their location and the date isn't out of the ordinary. This is referred to the as the "Dateline," which is part of a "fairly standardized" press release format used by most companies today.

Dateline: The dateline presents the location and date of the article, and is separated from the first body paragraph by a dash.

This was taken from a recent "product launch" press release from a company you may be quite familiar with.

CUPERTINO, California — October 27, 2016 — Apple® today introduced the thinnest and lightest MacBook Pro® ever, along with a breakthrough interface that replaces the traditional row of function keys with a brilliant, Retina®-quality Multi-Touch™ display called the Touch Bar™.

Even start up's or small companies use a format very similar to this when they announce a new product or service.

Traverse
I thought it looked very sleek until I say the price. :eek:

dmylrea
Yet, I wonder how many of the 20 posters here don't think twice about paying Apple's inflated prices for their products? Double-standard, anyone?
Rating: 1 Votes
[ Read All Comments ]