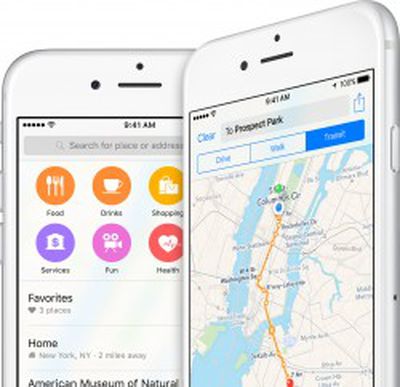 Durekovic’s LinkedIn profile does not offer up details on what he is doing at Apple, nor does Bloomberg have insight into his role, but given his expertise, it’s likely he has joined the company to work on the Maps or CarPlay team. He specifically lists his areas of expertise as digital maps, car navigation systems, and map-enhanced advanced driver assistance systems.

I am the Software Architect, Engineer and a Team Leader with more than 25 years of experience in design and development of software systems. After 8 years as Principal Engineer in a mid-sized company, I assumed role of Senior Principal Architect and later Chief Engineer at major premium Navigation System supplier. My main work is in area of the Map-Enhanced Advanced Driver Assistance Systems, Digital Maps and Car Navigation Systems.

Since Maps debuted in 2012 to criticism and poor reviews, Apple has worked to introduce significant improvements. New Flyover locations are added on a consistent basis, errors are fixed in a more timely manner, and iOS 9 introduced transit directions. Apple also made multiple map-related purchases, snapping up companies like Coherent Navigation, Placeable, HopStop, Locationary, BroadMap, and Embark.

In December, Apple said Apple Maps is now used three times more than Google Maps on the iPhone, and there are several projects in the works to further improve Maps. Apple will open a new development center in Hyderabad, India, where 4,000 employees will focus on Apple Maps development, and over the course of the last year, Apple has been using vans with mapping equipment to obtain street-level imagery for future mapping use.

I haven't used google maps (other than for street view) in around two years. Apple Maps has come a long way in that time and has yet to let me down. I much prefer the way it operates and looks over google maps.

Also, I use Continuity from Apple Maps from my desktop at home to my phone a lot - it works seamlessly. Navigation works great, too.

Likely many others with iPhones find Apple Maps works fine for them as well.
Score: 9 Votes (Like | Disagree)

I use Apple maps on my devices, not Google Maps. I find Google Maps on the computer very annoying the way it constantly zooms and pans every time you touch the mouse. I really have no issues with the Apple Maps and think it gets bad press from people who don't use it.
Score: 6 Votes (Like | Disagree)

I use Apple maps on my devices, not Google Maps. I find Google Maps on the computer very annoying the way it constantly zooms and pans every time you touch the mouse. I really have no issues with the Apple Maps and think it gets bad press from people who don't use it.

Ask Siri for directions and use speech for directions on the Google Maps app and see which one gets it right the majority of the time. It sure isn't Siri.
Score: 4 Votes (Like | Disagree)

dannyyankou
Maybe they can hire an iTunes engineer with expertise in avoiding outages? This is driving me nuts.
Score: 4 Votes (Like | Disagree)

Onext1
They should put it online the same way Google does. That would create a tsunami of reports from people using it and they could focus on the features that people actually use and in the areas where people use it more heavily. In the case of Maps good design is correct information.
Score: 3 Votes (Like | Disagree)

SBlue1
Finally some experts for the Apple Maps team...
Score: 3 Votes (Like | Disagree)
Read All Comments

Wednesday November 30, 2022 2:39 am PST by Sami Fathi
Geekbench scores allegedly for the upcoming "M2 Max" chip have surfaced online, offering a closer look at the performance levels and specific details of the forthcoming Apple silicon processor. The Geekbench results, first spotted on Twitter, are for a Mac configuration of with the M2 Max chip, a 12-core CPU, and 96GB of memory. The Mac listed has an identifier "Mac14,6," which could be...
Read Full Article • 233 comments