Apple's Maps has been the subject of a significant amount of criticism since its launch with iOS 6. Apple had replaced Google Maps data with their own map data which had comparably worse coverage, especially in international markets. There had been enough outcry that Apple CEO Tim Cook posted an open letter apologizing for Apple Maps. There had been hopes that the Apple Maps application would be improved with iOS 8 but internal politics were said to have delayed those plans.

Still, Apple does seem to making efforts to improve their mapping data. In April, they started deploying notifications to let users know when problems had been fixed.

Meanwhile, some users have recently noticed a significant improvement in POI (points of interest) data in their local Apple Maps. A discussion thread in MacRumors forums reports one user's experience. heyyoudvd writes:

Over the past month, I've noticed a TON of changes. POI markers are being moved to their correct locations, names and information for POIs are being corrected, and tons of places are being added that simply weren't there before. I don't know if it's merely coincidence, but A LOT of these changes are the exact ones that I've been reporting to Apple.

And I've noticed this happening on a weekly cycle. It seems like every Friday, a whole bunch of new changes are implemented in my neighborhood. All week, nothing happens, but then when I check on Friday/Saturday, I see that many of the suggestions that I had made during the week were suddenly implemented into the map, and its POIs suddenly look a whole lot better.

The same user also posted to Reddit, where several others have confirmed the same improvements in data and quick turnaround time with corrections.

Apple has made number of mapping-related company acquisitions in the past year, including Broadmap, Hopstop, Locationary, and Embark, and it's likely those acquisitions will be bundled into a future Maps update.

I understand why people *wanted* Apple Maps to begin its public life as a perfectly formed service but I don't know why people *expected* as much. It is great that they are making clear strides and I expect that they will keep it up. I have had more problems with the service than I would like but I think it works pretty well overall.


the problem with a service like Apple Maps is trust. Once you get burned by it, you are going to stop using it and it takes a lot to get that trust back.

Surreal
I understand why people *wanted* Apple Maps to begin its public life as a perfectly formed service but I don't know why people *expected* as much. It is great that they are making clear strides and I expect that they will keep it up. I have had more problems with the service than I would like but I think it works pretty well overall.
Score: 30 Votes (Like | Disagree)

It's all because Google has a world class map editing system that anyone can signup and use.

GuitarDTO
As soon as Apple maps was released, Google FINALLY magically was offering turn by turn on the iPhone. That move alone made Apple maps worth it for me. With that said, I've never had any problems with Apple maps either when I've used it, but I'm glad they are continuously improving it. I still use Google though.
Score: 18 Votes (Like | Disagree)

Update: It appears the issue has been fixed! Thank you apple for listening

Apple maps still has a while to go. An example is that saw a concert earlier this month at the PNC Bank Arts Center (a pretty well known amphitheater) and I wanted directions to the venue. While Google Maps pulled it up right away, Apple Maps didn't recognize the name of it at all.

Edit: And I reported this several times a few months ago. 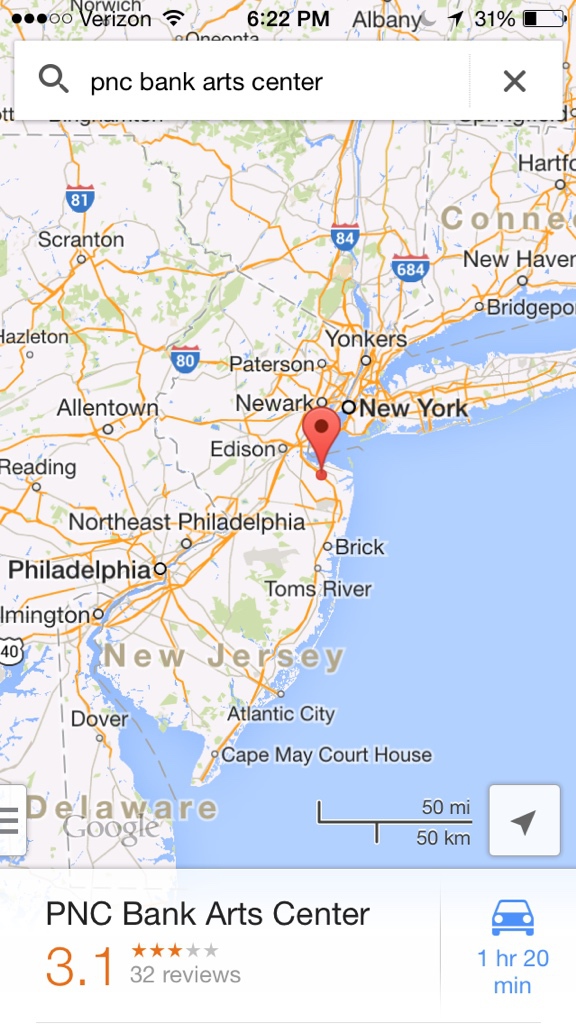 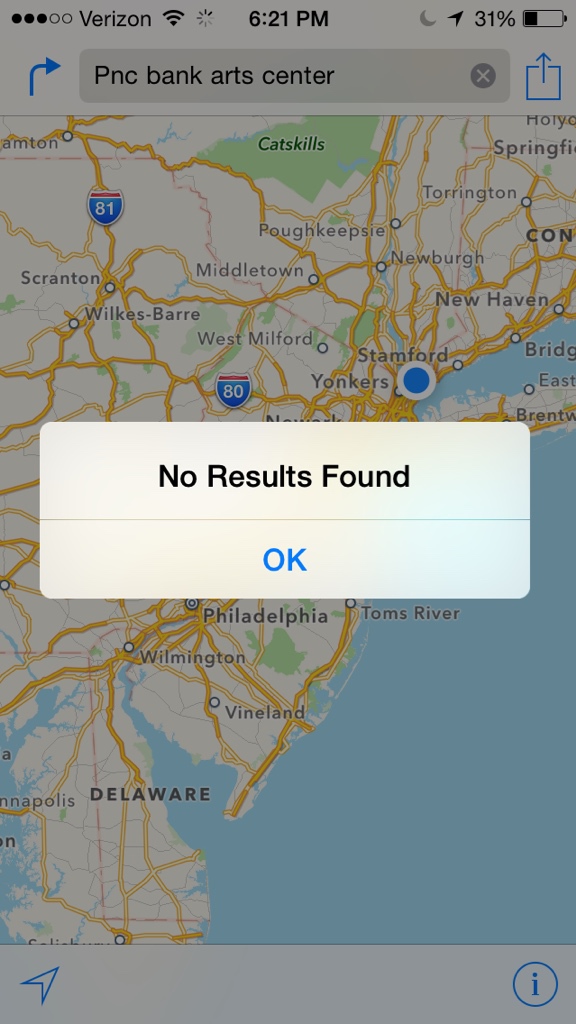 It's always been good for me. Slightly better than Google Maps, in fact. It hasn't given me bad directions, but its search is bad, often forcing me to give an exact address to go somewhere that Google Maps can find just by a street name or POI name.

Saturday January 23, 2021 6:00 am PST by MacRumors Staff
We continued to hear a lot more about Apple's plans for its Mac lineup this week, including word of a high-end redesigned MacBook Air and the return of an SD card slot as part of the upcoming MacBook Pro redesign. It also sounds like Apple has been working on Face ID for Mac, but it won't be appearing in a redesigned iMac this year as originally planned. This week also saw rumors about the...
Read Full Article • 46 comments

Thursday January 21, 2021 11:58 am PST by Juli Clover
Apple's upcoming iOS 15 operating system, which we expect to see unveiled in June, is rumored to be dropping support for a few of Apple's older iPhones. According to French site iPhoneSoft, iOS 15 will not be able to be installed on the iPhone 6s, the iPhone 6s Plus, or the 2016 iPhone SE, all of which have an A9 chip. The iPhone 6s and 6s Plus were introduced in 2015 and are now more...
Read Full Article • 194 comments

Friday January 22, 2021 7:50 am PST by Joe Rossignol
Last week, reputable analyst Ming-Chi Kuo outlined his expectations for new 14-inch and 16-inch MacBook Pro models later this year, including the return of the MagSafe charging connector, the removal of the Touch Bar, a new flat-edged design, and the return of more ports built into the notebooks for expanded connectivity. A concept of a modern MacBook Pro with an SD card reader Kuo did not...
Read Full Article • 459 comments

Friday January 22, 2021 2:34 pm PST by Juli Clover
Samsung in January unveiled new flagship Galaxy S21 smartphones and alongside the new phones, introduced the $200 Galaxy Buds Pro, which are priced at $199 and offer Active Noise Cancellation. Subscribe to the MacRumors YouTube channel for more videos. These new Galaxy Buds Pro are clearly designed to compete with Apple's AirPods Pro, so we thought we'd compare the two sets of earbuds in our...
Read Full Article • 73 comments

Thursday January 21, 2021 11:36 am PST by Juli Clover
A video demonstrating macOS Catalina running on a current 2020 iPad Pro has been shared on YouTube, giving us a look at an interesting hack that has a Mac OS up and working on one of Apple's iPads. There's limited information about how the process of getting macOS Catalina on an iPad Pro works, but it uses x86 emulation and was done through the UTM software that allows virtual machines to...
Read Full Article • 60 comments

Thursday January 21, 2021 10:14 am PST by Juli Clover
Apple today seeded the RC version of upcoming iOS 14.4 and iPadOS 14.4 updates to developers for testing purposes, with the new betas coming a week after Apple released the second betas. iOS 14.4 and iPadOS 14.4 can be downloaded through the Apple Developer Center or over the air after the proper profile has been installed on an iPhone or iPad. Paired with the HomePod 14.4 beta that is...
Read Full Article • 61 comments