Apple has been granted 54 new patents today by the U.S. Patent and Trademark Office, one of which contains details of a flexible display for a possible future iPhone. 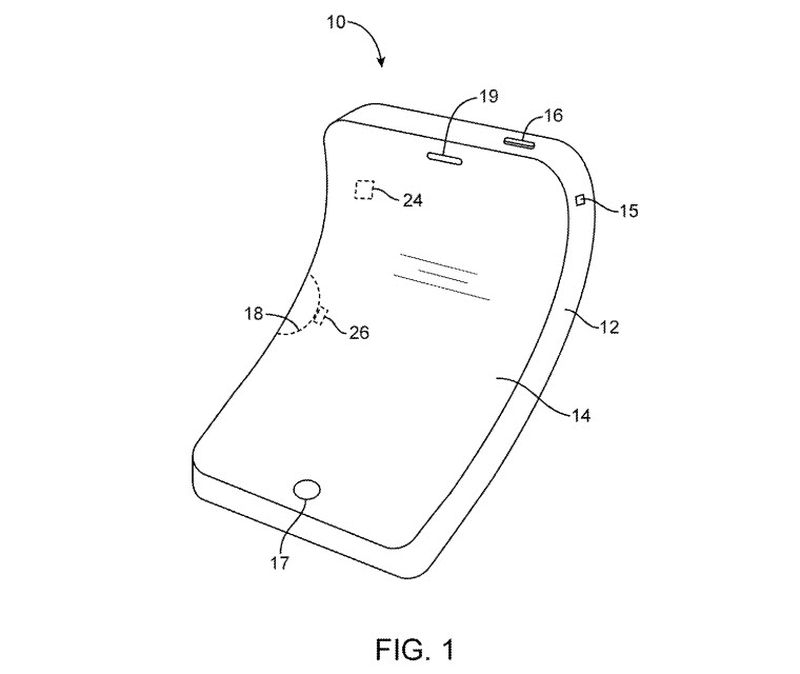 The patent also describes the use of flex-sensing components that register deformations of the device and could be used as a form of user input. Bending the device could change its operating mode, for instance. Other possibilities given include assigning deformations to game control systems and using flex sensors to power a device on/off.

Flexible devices are also cited as more resistant to damage due to enhanced shock absorption on impact. Apple notes that the technology in the patent could be used in future versions of its iPhone, iPad, Apple Watch, and other wearable devices. 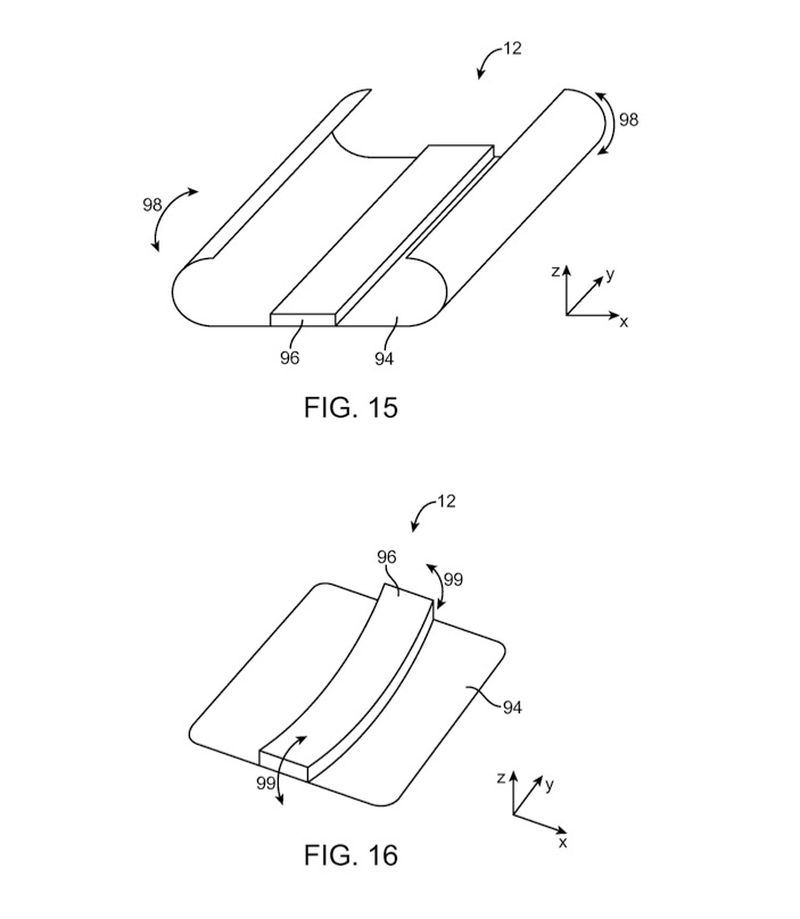 Multiple reports claim Apple will launch iPhones with OLED displays in 2018. Samsung is reportedly close to reaching a deal with Apple to supply flexible OLED displays for future iPhones and is said to be investing up to $7.47 billion in OLED manufacturing equipment to fulfill orders.

In addition to Samsung Display, the OLED panel orders may be spread out over a number of suppliers, possibly including AU Optronics, LG and Japan Display. All three display makers have supplied Apple with LCD panels for existing iPhones.

Apple is reportedly operating a Taiwanese factory where a team of engineers are developing thinner, lighter and brighter displays for future Apple devices. The secretive lab may be specifically focused on flexible OLED and Micro-LED display technologies for use in future-generation iPhones.

thatanonymoususer
I thought they already did this with the iPhone 6 Plus.:p /s
Rating: 9 Votes

Sevanw
Always 10 steps behind Samsung, but always the first to sue. Hence all the unwarranted patents. Patents only for "design" as Apple actually invent no core technologies that makes so many designs possible. Pathetic.
Rating: 8 Votes

jayducharme
I get the impression that the patent office is handing out patents like candy. The issue is no longer about patenting a concept; if you have a good patent attorney and the money, it's apparently a fairly straightforward process. The issue is protecting your concept with that patent since, as Apple has found out, a patent alone doesn't guarantee protection.
Rating: 6 Votes

Oblivious.Robot
This would be great for the Apple Watch to be honest.
But I highly doubt it'd come any sooner.. Carvensno
Back in the day you actually had to have a physical item to claim a patent. Nowadays it just seems like you can scribble something on a napkin and claim/file a patent for it. Smh!!
Rating: 3 Votes

anubis72
I'd settle for a phone that bounces instead of shatters when you drop it...
Rating: 3 Votes

Always 10 steps behind Samsung, but always the first to sue. Hence all the unwarranted patents. Patents only for "design" as Apple actually invent no core technologies that makes so many designs possible. Pathetic.


Just by starting your statement with" always" discredits this statement! Being awarded a patent" unusually " ( and I say usually because of the crazy amount of lawsuits) means your first! So if your first, how can you be "10 Steps behind Samsung " I will say that Samsung does release things way before they are fully cook , just to be first! Apple we know does not! Not sure what's better, half baked to be first or waiting!!
Rating: 3 Votes

Carlanga
So a flexible oled screen is patentable if your components also have some degree of flex?
I'm trying to understand what does having this patent mean? Is Apple now the only ones that can make a flex oled screen if the components are not rigid?
Rating: 3 Votes

samcraig
I don't pretend to know more than I do about the patent process. But I know several patents (and prior art) exist for flexible screens. Other OEMs have been working on them for quite some time and I have to imagine they have similar patents. I'm curious what Apple thinks is original here.
Rating: 3 Votes

This would be great for the Apple Watch to be honest.
But I highly doubt it'd come any sooner..

My thought as well. The watch would be a great place to use a flexible display and it is already OLED.
Rating: 2 Votes
[ Read All Comments ]