Samsung Display is close to reaching an agreement with Apple to supply flexible OLED displays for future iPhones, and will invest up to $7.47 billion in OLED manufacturing equipment to fulfill orders, according to Korea-based ET News. 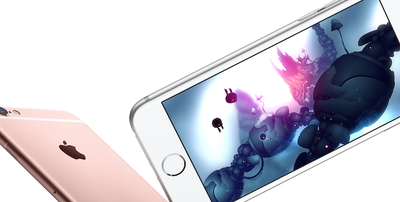 Samsung's display-making division will reportedly increase OLED display production by 30,000 to 45,000 panels per month this year, followed by an additional 45,000 substrates each month in 2017, per the terms of its nearly finalized contract.

Multiple reports claim Apple will launch iPhones with OLED displays in 2018. In addition to Samsung Display, the OLED panel orders may be spread out over a number of suppliers, possibly including AU Optronics, LG and Japan Display. All three display makers have supplied Apple with LCD panels for existing iPhones.

Apple is reportedly operating a Taiwanese factory where a team of engineers are developing thinner, lighter and brighter displays for future Apple devices. The secretive lab may be specifically focused on flexible OLED and Micro-LED display technologies for use in future-generation iPhones.

That's a naïve and simplistic view of how the real business world works. Apple and Samsung are each multibillion dollar companies driven by never ending goal of growing profits and revenue. They both have made billions off of their relationship. While they may have clashed on a few items in the consumer good side, as a supplier their relationship has a huge success for both of them.

Apple would be crazy to try to 'go vertical' and invest the time, money and infrastructure trying to build the capacity/knowledge to do build what Samsung is able to provide.
Score: 11 Votes (Like | Disagree)

AdonisSMU
One hand washes the other.
Score: 8 Votes (Like | Disagree)

At some point in time it would probably be a good idea to just give it up, move on and enjoy all the great stuff Apple gives us. At least from a mental health perspective. Deeply embedded Samsung neurosis is not easily treated by OTC medications. Just sayin'.
Score: 8 Votes (Like | Disagree)
Read All Comments