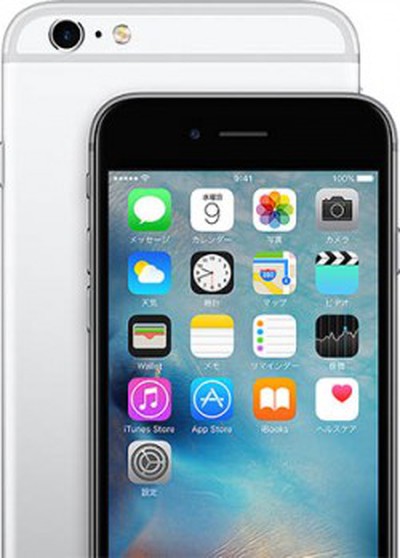 According to the reports, Apple is likely to transform AUO into an active-matrix organic light-emitting diode (AMOLED) screen supplier for production of future iPhones, and if AUO agrees with Apple's fund injection plan, the Taiwanese firm could see its sales and gross margin grow significantly.

AU Optronics declined to comment on its potential investment deal with Apple, but the supplier's shares of the company gained 5.15% on Tuesday to close at NT$9.53 on the Taiwanese stock market amid the rumors.

AU Optronics, which has supplied LCD panels to Apple in the past, has reportedly been developing AMOLED displays for more than a decade, and last year it began shipping AMOLED panels to Huawei and other Chinese manufacturers. Apple currently uses LCD panels for iPhones, sourced primarily from Sharp and Japan Display.

Last month, it was reported that Apple has been recruiting talent from AU Optronics and Qualcomm to work at a Taiwanese factory, where the company is purportedly developing thinner, lighter and brighter displays for future Apple devices. The secretive lab may be specifically focused on OLED and Micro-LED technologies.

Samsung, LG and Japan Display have also been rumored to provide Apple with OLED displays for iPhones starting in 2018.

OLED displays typically have brighter colors and deeper blacks, and the lack of a backlight increases power efficiency, but the panels can also have shorter lifespans and higher manufacturing costs compared to LCD technology. Apple has reportedly been consulting with OLED panel makers to eliminate potential drawbacks.

I own a Nexus 6P and a iPhone 6S for work and play. Now while I am a self-proclaimed Apple fan boy, I can honestly and objectively say and without bias, that the Nexus 6P with Samsung's WQHD Super AMOLED screen, completely destroys the iPhone's Retina HD Display—and it's not even close.

Why Apple would wait three more year's to improve their screen tech to match the quality of the current WQHD Super AMOLED is very surprising. I would assume that the next major advancement in iPhone screen design would arrive with this year's iPhone 7? If not, my guess is that the Retina HD displays are much cheaper to produce. Given Apple's exorbitant iPhone price points, they are making a lot of money off their consumers by holding back on the tech, all the while claiming that it's the "best" when in actuality, it is not.

People always assume that Apple can just use any technology that other companies might be using. Just think how many Nexus AMOLED phones there are in existence or sold compared to iPhones. Comparing limited production products to an iPhone is a useless comparison. Apple needs something that can withstand the hurtles of major mass production far beyond how these other phones are produced. Apple needs things that can't be done with the production of these phones. They need them produced cheaper and MUCH FASTER while keeping the same quality control and durability or hopefully even making it better.

This is why I have no problem with Apple waiting.
Score: 10 Votes (Like | Disagree)

melgross
They are not sharper! Where does this kind of thing come from? And they don't have "brighter" colors. They have had more saturated colors, which isn't really a good thing. When Samsung finally decided to calibrate its displays, as Apple had been doing for years, the displays no longer had those unnatural "brighter" colors. You know, when flesh tones look orange?

And they aren't more efficient either. On average, an AMOLED screen is about as efficient as an LCD screen.
Score: 6 Votes (Like | Disagree)

winston1236
Makes sense to diversify with your suppliers. I'd be wary though if I were AU after the whole GT Advanced debacle.
Score: 5 Votes (Like | Disagree)

Definitely some downsides to OLED. They get burn-in and die over time so your screen eventually loses brightness and dies.

A perfect technology for Apple then. :)
Score: 4 Votes (Like | Disagree)

(Obviously I have no proof whatsoever, the above represents a completely fictional case unrelated to the topic, I do not own any AAPL stock and I'm actually a hamster.)
Score: 4 Votes (Like | Disagree)

Col4bin
I own a Nexus 6P and a iPhone 6S for work and play. Now while I am a self-proclaimed Apple fan boy, I can honestly and objectively say and without bias, that the Nexus 6P with Samsung's WQHD Super AMOLED screen, completely destroys the iPhone's Retina HD Display—and it's not even close.

Why Apple would wait three more year's to improve their screen tech to match the quality of the current WQHD Super AMOLED is very surprising. I would assume that the next major advancement in iPhone screen design would arrive with this year's iPhone 7? If not, my guess is that the Retina HD displays are much cheaper to produce. Given Apple's exorbitant iPhone price points, they are making a lot of money off their consumers by holding back on the tech, all the while claiming that it's the "best" when in actuality, it is not.
Score: 4 Votes (Like | Disagree)
Read All Comments