Following an initial wave of laudatory reviews at a few film festivals in September, the new Steve Jobs movie earned only 7th-place during its debut box office weekend. The film's director, Danny Boyle, has given a reason behind its poor performance, calling the release strategy "arrogant" during a fundraising event for the annual Shuffle Festival in London (via Business Insider). 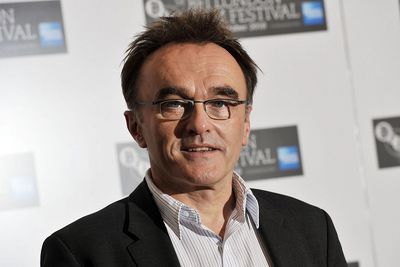 "We were arrogant to release it very wide, very quickly," the director said over the weekend. His remark refers to the somewhat hazy rollout plan for the film, which saw it premiere in just New York and Los Angeles on October 9 -- where it made a small, but impressive mark -- before going wide on October 23 and subsequently failing to impress. The initial longer-term plan for the movie saw a few more weeks of time spent rolling out to more select venues across the country, generating positive word of mouth, before expanding to a wide release closer to the end of the year and poised closer to the Oscar season.

The film's opening weekend predictions were estimated to be between $15 and $19 million, but Steve Jobs made just $7.3 million in its debut three-day weekend, gaining it the 7th-place slot at the box office. Boyle was noted as voicing hope for Apple's massive fanbase to create an event around the film, but after disappointing the first weekend, the studio decided to pull it from over 2,000 theaters across the United States, leaving the movie in about 300 theaters in total.

senohpoxas88
Ya, it was all about the way they rolled out the film, it couldn't have anything to do with the fact that it wasn't even close to factually accurate, that his wife asked everyone to boycott it, or that people who knew him said that this was nothing like the man he knew.
Score: 16 Votes (Like | Disagree)

miknos
A good strategy would be to add zombies and explosions. And some boobs too.
Score: 16 Votes (Like | Disagree)

Waxhead138
And, moving along, many here will soon be happy that virtually no more "Steve Jobs Movie" articles will be seen. Aside from when it hits Itunes / other streaming services, I think these articles are soon done.
Score: 9 Votes (Like | Disagree)

pwnediphoneuser
Yep, definitely why it failed.

None of that matters. The Social Network was similar in all regards, I think, but still hugely successful.

The difference is that the general public had no idea who Mark Zuckerberg was, or how Facebook came to be, and nobody else was telling that story. So Social Network was fresh, interesting. The general public thinks they know who Steve Jobs is (lots of different views, but pretty much everyone has one) and between the book, the other picture, and all the coverage from his death, it's a story often told.

Then it didn't help that there was controversy about the truthfulness of the movie, both of details and of character. So it was a movie about stuff we know, and they made stuff up. Of course it tanked.

In 10, 20 years, a great and successful Steve Jobs movie can be made. Give it some perspective of time, and let the story fade in the mind's of the public. Now, it was a foolish decision to make it and I'm not surprised it and the other one didn't do well.
Score: 6 Votes (Like | Disagree)

BillyBobBongo
Here in the Netherlands 'The Hurt Locker' wasn't even going to make it in to the cinemas, it wasn't until after all the award nominations came in that a release date was finally chosen. To be fair it wasn't really until after the Academy Awards ceremony that copies of it really started to appear in cinemas. I think the same will apply for this particular film.

If Fassbender ends up getting an Oscar nomination for his role in this then more folks will be interested in checking it out, so on that part I think a release closer to Oscar season would have been a much wiser choice.

Summer blockbusters sell themselves, a film like this requires a much more strategic approach.
Score: 5 Votes (Like | Disagree)
Read All Comments

Apple-1 Computer Hand-Numbered by Steve Jobs Expected to Fetch Over $375,000 at Auction