Sunday August 30, 2015 10:46 am PDT by Joe Rossignol
Apple's fourth-generation Apple TV will be released in October with a starting price of $149 or $199, according to 9to5Mac. The report claims that Apple will also continue selling the third-generation Apple TV for $69 as an entry-level device, although the set-top box is not expected to have support for an App Store or Siri. 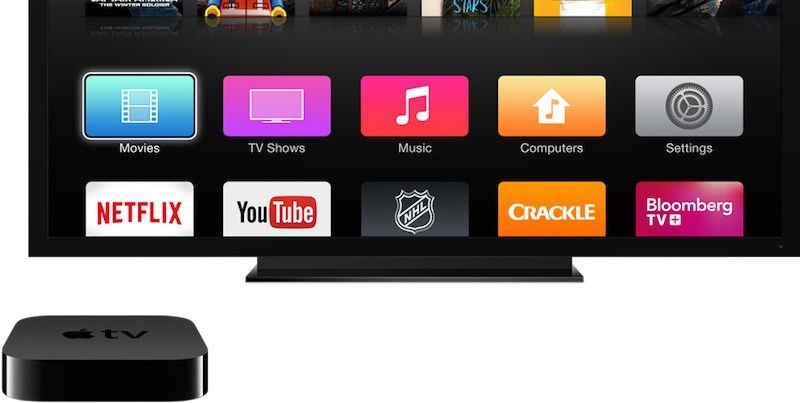 The report adds that Apple's much-rumored streaming TV service will be available "as soon as next year" through a software update for both the third-generation and fourth-generation Apple TV. The web-based TV service is expected to deliver a lightweight package of about 25 channels for around $40 per month.

The new Apple TV is rumored to feature a dual-core A8 processor, an App Store with a native SDK for developers, Siri voice control, HomeKit integration, a new user interface and a redesigned remote control with motion sensors, a touchpad on the top, physical buttons on the bottom and a microphone.

Apple is expected to announce the new Apple TV at its September 9th media event.

The old Apple TV 3 should go for 20 dollars or less. It's pretty useless these days

It works very well. Youtube, HBO, Netflix, runs everything I need.
Plus with Beamer it streams all movies files (including mkv) to TV from my Mac.
Rating: 40 Votes

nfl46
$149 to $199 is reasonable. I'm not sure why people are complaining when the Apple TV was $99 for a long time...and from the looks of it, the ATV4 is going to bring way more functionality.
Rating: 32 Votes

peterdevries
The price point is not really surprising if it has storage, apps and a more capable controller. Quite excited for this (more so than for the Apple Watch tbh).
Rating: 27 Votes

Who would buy a device released almost three years ago that will surely lose support next year?


"The report adds that Apple's much-rumored streaming TV service ('https://www.macrumors.com/2015/03/16/apple-online-tv-service-wsj/') will be available "as soon as next year" through a software update for both the third-generation and fourth-generation Apple TV."

If they're releasing the streaming service next year, and it supports ATV3, why would it lose support next year?
Rating: 22 Votes

Not everybody has a SmartTV.


I have one of the newest Smart TVs and am stunned at how mind-numbingly dumb the thing is.
Rating: 21 Votes

talonlzr
I just want a native plex client and I'm good. $149 is okay if it can do casual livingroom gaming as well :)
Rating: 19 Votes

Okay....now your post is a little premature don't ya think? This might very well be a very feature-rich product and the price might easily be well justified. I'd pay $199 for a Super TV.

Okay....now your post is a little premature don't ya think? This might very well be a very feature-rich product and the price might easily be well justified. I'd pay $199 for a Super TV.
Rating: 16 Votes

Andres Cantu
Who would buy a device released three-and-a-half years ago knowing that it will most likely lose support next year? They should just discontinue the device now before those who buy it complain that it's not compatible with the next upgrade.
Rating: 15 Votes