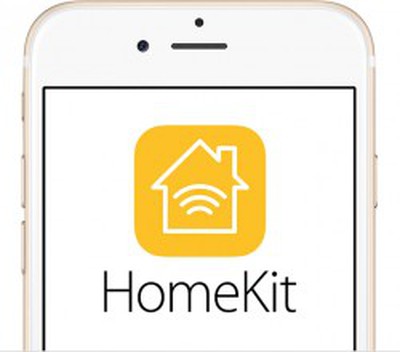 Apple has added a new support document on its website (via iFun.de) that confirms the third-generation Apple TV or later can be used to control HomeKit-enabled accessories when you are away from home using an iOS device.

After signing in with the same Apple ID on an iOS device and Apple TV, users can use Siri commands to remotely control lights, locks, thermostats, smart plugs and other HomeKit-enabled accessories. A separate new support document lists the available HomeKit-compatible devices as they begin to roll out.

The new support documents were added just as multiple accessory makers announced the first HomeKit-compatible products, including Lutron, iHome, Elgato, Insteon and Ecobee. Many of the accessories are available for purchase or pre-order this week, and others should be unveiled following Apple's annual Worldwide Developers Conference next week.

It has been known that the Apple TV would serve as a centralized hub for many of these accessories since their original unveiling at CES 2015 in January, while support for the HomeKit framework was quietly included in the Apple TV 7.0 software update last September, but today marks one of the first official confirmations from Apple.

Apple is widely expected to announce a new A8-based Apple TV with an App Store and Siri at WWDC next week. The next-generation set-top box is rumored to feature a "dramatic increase" in internal storage, well beyond the 8GB included in the current model, and the inclusion of Siri will enable users to control HomeKit-enabled accessories using voice commands.

HomeKit was announced at WWDC last year as a software framework for communicating with and controlling connected devices in the home, but the home automation platform experienced delays over the ensuing months and did not officially launch until this month. Apple is expected to provide more details about HomeKit and related accessories during its WWDC keynote on June 8 at 10 AM Pacific.

dumastudetto
The new Apple TV is going to be absolutely incredible. I can't wait to see everything Apple announces next week about this. I'm already preparing to line up to buy at least four of them.
Score: 11 Votes (Like | Disagree)

Sometimes I don't get MacRumors' priorities...
Score: 9 Votes (Like | Disagree)

iFanaddic
I think Apple has found what they needed to make this product different and competitive. It'll set them appart from the competition.
Score: 6 Votes (Like | Disagree)

It says that you have to use the same Apple ID on the Apple TV and iPhone to control devices. What if you have multiple iOS users in one house?

A lot of light bulb flickering and devices going on and off?

Looking forward to control a house with Siri commands:

Siri switch off the lights in the living room.

Did you mean the brides and living groom?

NO ! SWITCH OFF THE LIGHTS IN THE LIVING ROOM

There are 3 lights nearby

Switching to FM Lite in iTunes
Score: 6 Votes (Like | Disagree)

Definitely will require a new bridge. HomeKit accessories require an MFi certified hardware chip to do the authentication of the device into HomeKit. The bulbs are ZigBee and according to the developer docs if they are paired with a MFi bridge, that bridge can connect them into HomeKit as long as they aren't a security type device (i.e. door lock).

Thing is tho. I shouldn’t even need AppleTV for this. Homekit should also have an interface that is found in System Preferences.

You only need an AppleTV to control the devices if you aren't on the local WiFi network. Any iOS device on the same network should be able to connect directly to the devices. If you want control while "out and about" the AppleTV acts as a bridge/relay for getting the commands to your local network.

All that is according to the current Apple Developer documentation and videos from last year's WWDC. Some of this may change next week, but I am guessing it will mostly stay like that.
Score: 5 Votes (Like | Disagree)
Read All Comments

Monday June 21, 2021 7:17 am PDT by Hartley Charlton
Users appear to be underwhelmed by Apple's upcoming iOS 15 and iPadOS 15 updates, according to the findings of a new survey by SellCell. The survey asked 3,000 iPhone and iPad users, evenly split between men and women, aged 18 or over in the United States, what they thought of iOS 15, iPadOS 15, and the naming of the upcoming iPhone 13 lineup. Over 50 percent of all of the survey's...
Read Full Article • 331 comments