As noted by Apple, this opening salvo for 2015 follows in the footsteps of a successful 2014 that saw billings rise 50 percent to generate over $10 billion in app revenue for developers, pushing total developer earnings since the App Store's inception to over $25 billion. The steady climb of user acceptance for iOS 8, along with the strong success of the iPhone 6 and 6 Plus and App Store specials like the (Product) RED Holiday Campaign, undoubtedly contributed to the company's App Store success of the App Store over the past few months. 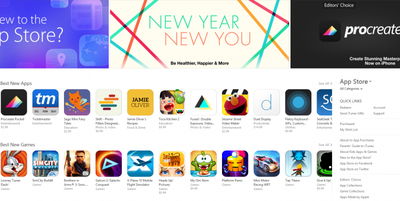 “This year is off to a tremendous start after a record-breaking year for the App Store and our developer community,” said Eddy Cue, Apple’s senior vice president of Internet Software and Services. “We're so proud of the creativity and innovation developers bring to the apps they create for iOS users and that the developer community has now earned over $25 billion.”

The company points to innovations like the new programming language Swift, graphics technology Metal, beta-testing program TestFlight, and the introduction of HealthKit and HomeKit as major reasons behind the flourishing of App Store development in the past year. Outside of the U.S., the addition of UnionPay as a payment option for App Store customers in China was a significant move by the company in establishing an overseas presence in the country.

Apple Pay's growing popularity in the U.S. has also been a factor in the App Store's success, especially with its added integration in popular apps like those from Target, OpenTable, and Ticketmaster.

Apple isn't just celebrating a successful monetary year, but a job-creating one as well. The company has created or supported 1,027,000 jobs in the U.S., 627,000 of which are directly related to the inception of the iOS ecosystem and the App Store. Apple directly employs 66,000 employees in the United States.

We’re proud to create 1M+ US jobs in all 50 states and ring in another record-breaking year for developers globally. http://t.co/kQeHQVCGou — Tim Cook (@tim_cook) January 8, 2015

Beyond the App Store ecosystem and Apple's own employment, the company calculates it supports 334,000 jobs at other companies resulting from Apple's own spending and growth through the years. And with Apple Campus 2 under construction, the company expects to continue employment growth, supporting 41,100 jobs in the area upon its completion.
Tag: App Store
[ 64 comments ]

NeverhadaPC
A bit rich to claim to have created the Developer jobs related to Apps: Developer works, develops an App, posts it to Apple's stores, gives Apple part of proceeds. Does Apple take any risks in this "hire"? Does Apple supply benefits to these jobs?

When I left neighborhood kids remove snow from my driveway, I am not boasting job creation. I assume CragList doesn't go around and claim job creation from exchanges on their boards?
Score: 17 Votes (Like | Disagree)

A bit rich to claim to have created the Developer jobs related to Apps: Developer works, develops an App, posts it to Apple's stores, gives Apple part of proceeds. Does Apple take any risks in this "hire"? Does Apple supply benefits to these jobs?

When I left neighborhood kids remove snow from my driveway, I am not boasting job creation. I assume CragList doesn't go around and claim job creation from exchanges on their boards?


They created the framework, markets, hardware and software that acted as a platform for these jobs to be created. They are impressive stats, especially with the state of other parts of the economy.
Score: 9 Votes (Like | Disagree)

Think of the more jobs that could be created if Apple werent hoarding its money overseas in order to not pay taxes.
Score: 7 Votes (Like | Disagree)

Traverse
Ooops, I thought you meant apps were going on sale for the celebration. Silly me... :o
Score: 6 Votes (Like | Disagree)

Jsameds
Maybe they should hire someone who knows what these are... 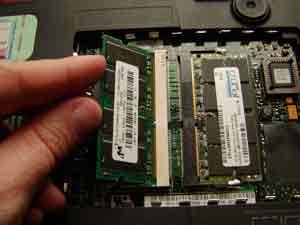 ChrisCW11
Now for the hard part

Slamming Apple employees for one of the worst iOS rollouts in its history, #bendgate, ample security exploits, the celebrity nude photo leaks, iCloud is STILL not patched, and a slew of other headaches and things that just should not happen when one of the highest profit companies goes on about how great their sales are for a year.

It's great to make all that money, now its time to invest in making Apple better than the average Asian OEM manufacture in terms of product quality and security.

Apple's quality has degraded to near 1990's Microsoft levels over the last few years.
Score: 5 Votes (Like | Disagree)
Read All Comments