MacRumors has heard similar rumors about Johnson's startup plans, with a source suggesting he's been attempting to recruit former and current Apple employees, including Jerry McDougal, who once served as Apple's vice president of retail under Johnson.

Before leaving Apple, Johnson worked at the company for more than 10 years. He's largely credited with transforming the Apple retail experience and setting the company on a path towards rapid retail growth. In 2011, Johnson left the company to take over as CEO of J.C. Penney, a position that he held for just two years.

Following Johnson's departure, Apple's retail division was left in flux, with no successor named. John Browett, formerly CEO of Dixons Retail, took over as head of retail at Apple in 2012, but he was ousted later that same year. Apple remained without a retail chief until the hiring of Angela Ahrendts, former Burberry CEO, who officially joined the company in May 2014.

verniesgarden
well considering his last venture in retail was a disaster (JC Penney). He almost put a 100+ year old retail company out of business by being completely out of touch.

I don't see this going past idea stage.
Score: 10 Votes (Like | Disagree)

InfoTime
What the hell is an on-demand delivery service for gadgets?
Score: 7 Votes (Like | Disagree)

samcraig
Will they be hiring Chuck? 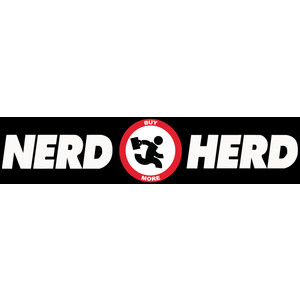 Mad Mac Maniac
RON!!! How could you do this to us?! Your poop mouth! Look what you're doing to Brick!
Score: 5 Votes (Like | Disagree)
Read All Comments

Saturday April 17, 2021 4:43 am PDT by Sami Fathi
Reliable leaker known as l0vetodream has hinted that Apple may debut its rumored redesigned and colorful iMac at its "Spring Loaded" event on Tuesday, April 20. In a tweet, the leaker posted an image of Apple's logo used for marketing the upcoming event and an image of the retro rainbow Apple logo alongside the colorful lineup of G3 iMacs. Apple leaker Jon Prosser previously reported that...
Read Full Article • 200 comments

Thursday April 15, 2021 1:30 am PDT by Sami Fathi
Bloomberg's highly-respected Mark Gurman says that he expects nothing "particularly innovative" or "extraordinary" to launch at Apple's "Spring Loaded" event next week, Tuesday, April 20. Gurman made the remarks during an interview for Bloomberg Technology, in which he reaffirmed that Apple will launch a new 11-inch and 12.9-inch iPad Pro, with the higher-end model featuring a brand new...
Read Full Article • 214 comments

Saturday April 17, 2021 6:00 am PDT by MacRumors Staff
It feels like we've been waiting forever for new Apple products, but the wait is almost over as Apple has announced a media event for next Tuesday, so make sure to tune into MacRumors for full coverage of everything Apple announces. While that was the big news this week, we also got some new details on Apple's iPhone plans for 2022 and 2023 courtesy of analyst Ming-Chi Kuo, and we also saw...
Read Full Article • 8 comments

Friday April 16, 2021 1:53 am PDT by Sami Fathi
Information and alleged CADs of the upcoming iPhone 13 series, shared in a video from EverythingApplePro, indicates that Apple plans to make this year's iPhone camera module significantly bigger, likely to make way for larger sensors and sensor-shift stabilization. According to the CADs shared in the video, the iPhone 13 mini, Pro, and Pro Max camera module will all be a "perfect square."...
Read Full Article • 82 comments