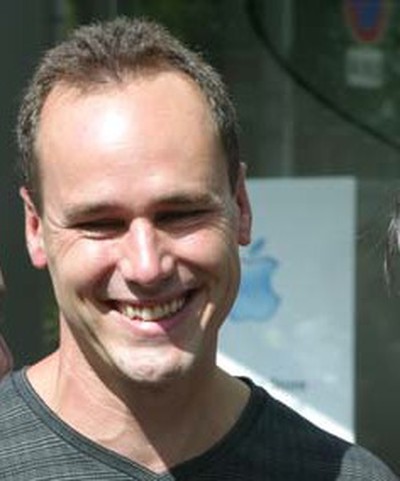 Apple vice president of retail Jerry McDougal, a key player in Apple's retail development over the past 12 years, has departed the company to spend more time with his family, reports IFOAppleStore.

McDougal was Ron Johnson's right hand man when he was still with the company and was considered a possible replacement for Johnson when he moved on to head JC Penney.

A key player in the birth of Apple’s retail chain and a potential candidate to lead the retail stores has left the company. Jerry McDougal, Vice-President of Retail, said goodbye to his colleagues last Friday, sources say. His departure was explained as not work-related, but rather so he could spend more time with his family. Apple notoriously requires an enormous commitment of time from its employees, especially at the headquarters level. That commitment increased even more for retail executives after last year’s departure of Ron Johnson.

McDougal was also considered as a possible replacement for John Browett after he was fired earlier this year.

Update: McDougal has been replaced by Jim Bean, Apple's VP of Finance, according to a report by AllThingsD. He will retain his VP title:

"Retail has an incredibly strong network of leaders at the store and regional level, and they will continue the excellent work they’ve done over the past decade to revolutionize retailing with unique, innovative services and a focus on the customer that is second to none," Apple spokesman Steve Dowling said. "Jim Bean is moving to Retail to help support our store teams. Jim has been at Apple for 15 years and is a great leader who understands our culture and focus on customer service."

Andrei90
So Tim Cook had a VP with 12 years of experience but he chose to go with browett? I would be offended. It only took one year for Tim Cook to destroy Apple. Brilliant!
Score: 40 Votes (Like | Disagree)

Rogifan
LOL Tim Cook probably has more talent, smarts and common sense in his pinky finger than most people here. But of course everyone else knows better.
Score: 31 Votes (Like | Disagree)

So Tim Cook had a VP with 12 years of experience but he chose to go with browett? I would be offended. It only took one year for Tim Cook to destroy Apple. Brilliant!


Didn't realise that you, as an armchair expert knew every single detail here. Care to share them with the rest of us? :rolleyes:
Score: 27 Votes (Like | Disagree)

They actually said he wanted to spend more time with his family? Hysterical.


Yeah because it's impossible to get burned out working for Apple.

I am sure everyone said the same thing of Mr Spindler back then.


You do realize it was the godly Steve Jobs who recommended Tim Cook replace him as CEO.
Score: 14 Votes (Like | Disagree)

BC2009
I'm guessing he wanted the head job and Cook said no and so he left.
Score: 14 Votes (Like | Disagree)
Read All Comments

Tuesday May 11, 2021 5:06 am PDT by Hartley Charlton
Apple's next MacBook Air will feature a completely new design and come in a range of colors like the 24-inch iMac, according to leaker Jon Prosser, who has now released supposedly accurate renders of the new machines based on leaked images. In a new video uploaded to YouTube channel Front Page Tech, Prosser elaborated on his previous prediction that Apple's next-generation MacBook Air models ...
Read Full Article • 60 comments

Tuesday May 11, 2021 11:56 am PDT by Joe Rossignol
Last month, Apple introduced a new iPad Pro with the same M1 chip found in the latest Macs, and early benchmark results indicate that the M1 iPad Pro is over 50% faster than the previous-generation iPad Pro. Based on five legitimate Geekbench 5 results (here's the fifth) for the fifth-generation 12.9-inch iPad Pro with the M1 chip, the device has average single-core and multi-core scores of...
Read Full Article • 208 comments